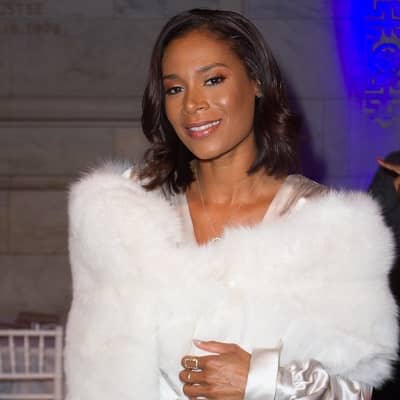 Aisha McShaw was born on 4 March 1978 and she is currently 44 years old. She hails from  Mount Vernon, New York, the USA, and her zodiac sign is Pisces. There is no information regarding Aisha’s parents, siblings, and other family details. Aisha also has yet to share information regarding her educational journey. Caption: Aisha McShaw in a childhood photograph with her mother. Source: Instagram

Professionally, Aisha McShaw is the CEO of luxury womenswear made-to-order brand – Aisha McShaw. She initially started her career in the fashion industry as a stylist. She styled housewives, corporate women, and celebrities. Aisha attended multiple red carpet events herself. She gained more success and fame with the help of an experienced pattern maker who helped Aisha bring her designs to life.

Prior to her career in fashion, Aisha worked in the banking industry for over 10 years. She also worked at Wells Fargo. Then at the young age of 16, Aisha got jobs at the millinery shops, department stores, and boutiques. She has also been a wardrobe consultant for a decade as per her LinkedIn page.

On her website, Aisha has mentioned that she is influenced by old Hollywood glamour. She initially wanted to create timeless pieces for herself which she didn’t see on the market. Moreover, Aisha aims to empower women through her designs. The entrepreneur created her brand in 2017 and debuted during the New York Fashion Week. Caption: Aisha McShaw receiving the Ceiling Crashers award from Humanity of Connection at the Essence Fest in July 2019. Source: Instagram

Aisha McShaw is the longtime lover of Reverend Al Sharpton. Her lover is a civil rights leader, Baptist Minister, and the National Action Network’s founder. The couple was together for a decade when they went public in the year 2013.  Al Sharpton was very supportive of Aisha’s career in the fashion industry and he also let her use his apartment as Aisha’s personal workroom.

The couple has also attended various White House events. Some of them are the state dinner during the Obama administration in the years 2014 to 2o16. Aisha has not revealed details regarding her past relationships and affairs. Nevertheless, she has a daughter named Laila. Caption: Aisha McShaw posing for a photo with her daughter. Source: Instagram

Aisha McShaw stands tall at an approximate height of 5 feet 6 inches or 168 cm and her weight is around 62 kgs or 132 lbs. Likewise, Aisha’s chest-waist-hip measures are 36-28-38 inches respectively. The entrepreneur has dark brown eyes and hair of the same color.