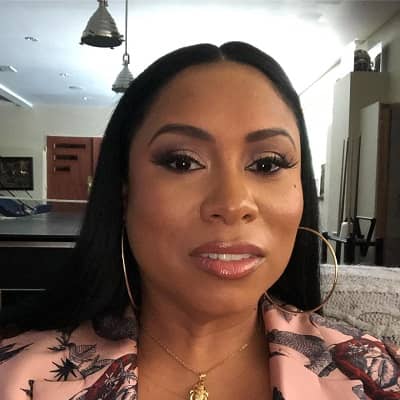 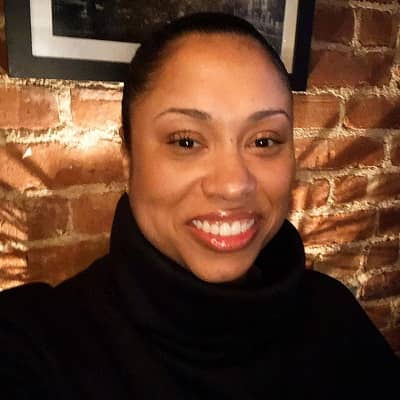 Aisha Atkins was born on 21st October 1977, in New York. She is an American citizen and follows Christianity. Likewise, she is 44 years old and her sun sign is Libra. She has a nickname and it is Ish.

The name of her parents is her father, Dr. Winston Churchill Murray, and her mother, Cynthia Harvey Murray. Her father was a former member of Parliament of Tobago West and her mother was a professor.

Hence, she was from a medium-class family.

She also has a sister and she is Dr. Melita Murray-Carney. Her sister has achieved her Ph.D. degree in the field of mental and behavioral health after attending the University of Maryland.

Moreover, her full name is Aisha Fatima Murray. As for their schooling, she attended the Martin Van Buren High School and she graduated there in 1994. 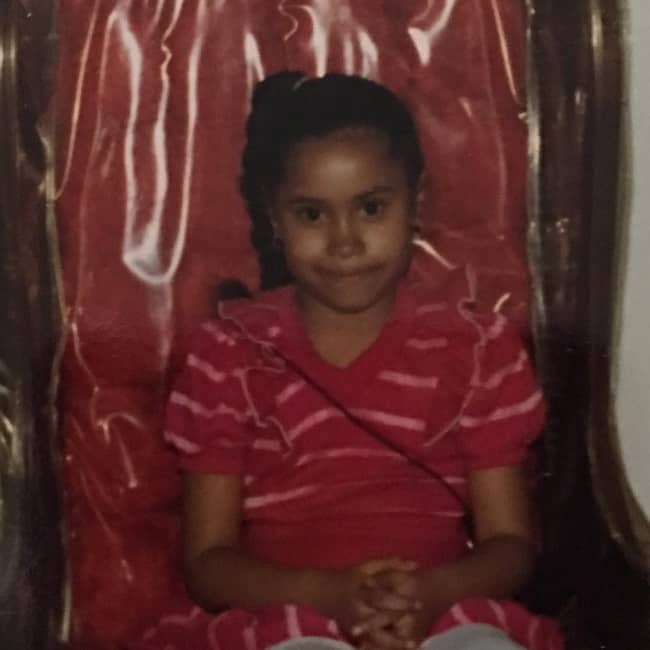 Caption: Aisha Atkins when she was young (Source: Instagram)

She often uploads her pictures enjoying her quality time with her family and relatives. Also, she also posts her friend’s images and wishes them on their birthdays. Also, her husband is quite active on social media platforms.

As mentioned before, Aisha Atkins is a socialite and reality TV star. She was present as herself on a number of TV shows in the year 2015. “Wendy: The Wendy Williams Show”, “The Real”, and also “Access Hollywood Live”.

In the same year, she was present on their family reality television show “Follow The Rules”, It was publicized on MTV from October 26, 2015, to December 7, 2015.

After that, she was together with her husband at the time of his radio interview on the “Breakfast Club Power 105.1”. There the couple shared that the secret to their long-term marital relationship was their friendship.

They also added that they argued a lot when they were not best friends.

He was first introduced in 1999 together with Venni Vetti Vecci and its single “Holla Holla”. From the year 1999 to 2005, he produced various hits that made the top twenty of the U.S. Billboard Hot 100 chart.

This includes, “Between Me and You” with Christina Milian, “I’m Real (Murder Remix)” and “Ain’t It Funny” together with Jennifer Lopez — which both were on the top of the US Billboard Hot 100

— the Grammy-nominated #one hit “Always on Time” with Ashanti, “Mesmerize” together with Ashanti, and “Wonderful” with R. Kelly and Ashanti.

Further about his husband’s career

Moreover, he was also on the nomination list for 2 American Music Awards and 4 Grammy Awards together with his collaborators Lil’ Mo, Vita, Ashanti, and Case.

Both albums were at the top of the US Billboard 200 album chart, featuring him into the accepted audience, selling over a combined fifteen million records.

He also was obtaining triple platinum status from the Recording Industry Association of America (RIAA), his best-selling albums.

As of 2018, Rule has traded 11.4 million units in the United States and has traded over 30 million records worldwide. Then, he got along with the main casting of WeTV’s “Growing Up Hip Hop: New York” in 2019. 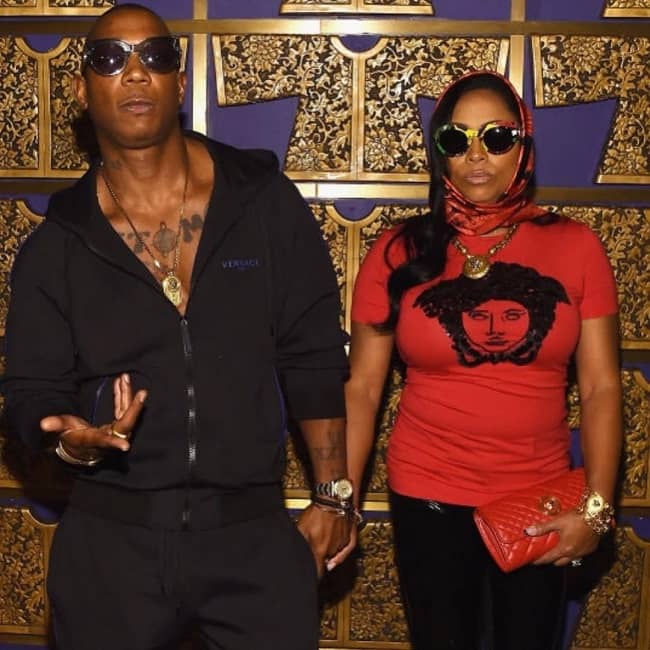 Caption: Aisha Atkins with her husband at an event (Source: Instagram)

Over the 4-3 years old socialite and TV star have gained a good and decent amount of money. However, her exact net worth and salary of her are not out yet. Aisha has kept some of her personal information private.

But it is for sure that she has been earning a good amount of money currently and has been living a great and luxurious life together with her family.

On the other hand, her popular husband, Ja Rule earns a stunning net worth of around $8 million. His income source is from his career as an actor, rapper, and singer.

Aisha Atkins got to meet her future husband, Jeffrey Bruce Atkins for the first time when she was the age fourteen. Both of them were in school.

They eventually then started dating in the year 1994 and soon after that, she became pregnant with their 1st child. Following her pregnancy, she gave birth to their daughter whose name is Brittney Atkins, the next year.

Again, the couple was blessed with their 2nd child, a son whose name is Jeffrey Jr. Atkins, in the year 2000.

After giving birth to 2 kids together, the couple finally made a decision to marry each other on April 14, 2001. Happily again in 2005, she gave birth to their 3rd child, another boy whose name is Jordan Atkins.

After the couple’s wedding was completed, Jeffrey and she both turned into Christians officially in 2013. The pair is now residing together with their children in Bergen, New Jersey. Even her husband calls her by the nickname ‘Ish’. 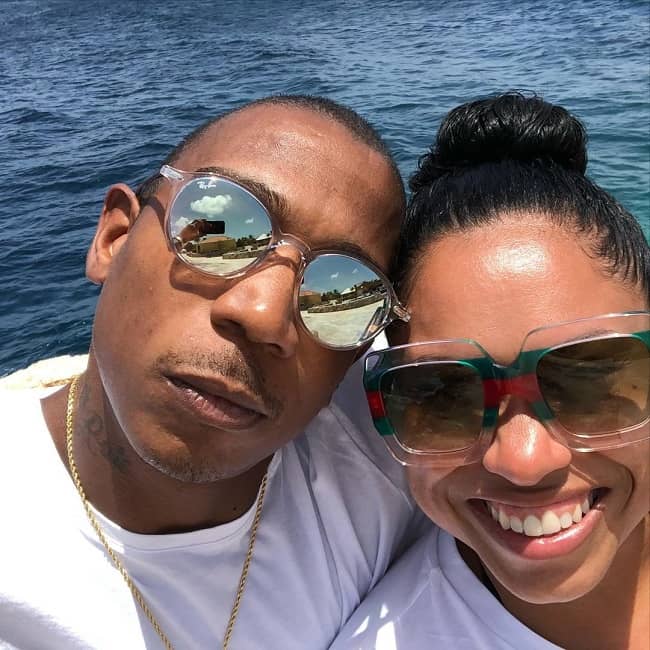 Aisha Atkins’s hubby Jeffrey Bruce Atkins was into some of the law various times throughout the 2000s. Jeffrey was asked for $1,200 for punching a man in Toronto in the year 2003.

After that, he was investigated in 2004 in connection with a fight. The fight even led to a deadly shooting outside a nightclub party. Additionally, in the year 2004, he was arrested for driving with a suspended license and possessing marijuana.

However, the incident that shook the family most was his arrest in July 2007 on gun and drug possession charges, together with Lil Wayne and Don Rhys.

After his argument that the gun was illegally collected evidence was refused by the court, he begged guilty to committing possession of a weapon and was penalized a 2-year prison statement on December 13, 2010.

Jeffrey started to serve his sentence in Rikers Island in June 2011 but was later sent to a state facility in Upstate New York.

In July, he has sentenced to an additional 28-month prison statement for tax evasion of more than $3 million between 2004 and 2006.

However, he was finally out of prison on May 7, 2013. She then found herself in the center of another controversy after various scandals expanded about her husband all over the media.

While some reports assured that he had homosexual relations with a prisoner, others stated his ongoing engagement with author Karrine Steffans. She disproved a few rumors in an interview with ‘TMZ’.

He also went to her husband every week even after a nine-hour return trip. After her husband was out in the year 2013, another report was out that he was abandoning his family for a prison cellmate.

However, he not only disagreed with the report but also uploaded an image of the couple kissing on his Instagram account. This also helped them to shut the rumors.

Talking about Aisha Atkins’s physical appearance, she has a good height of 5 feet 6 inches or 168.9 cm tall. Likewise, she has a body weight of 72 kg. She has a very curvy body with a dark complexion.

Moreover, Ashia has a pair of black eyes with black long hair. Naturally, her hair seems to be curly. Further information about her body measurement, bra size, dress size, and shoe sizes, are still private.