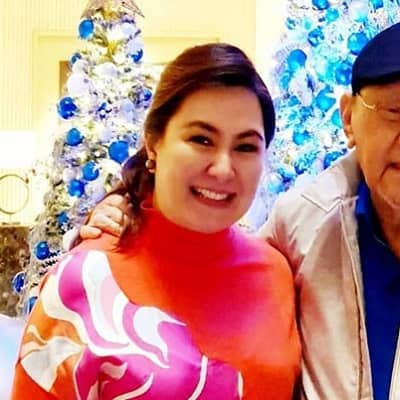 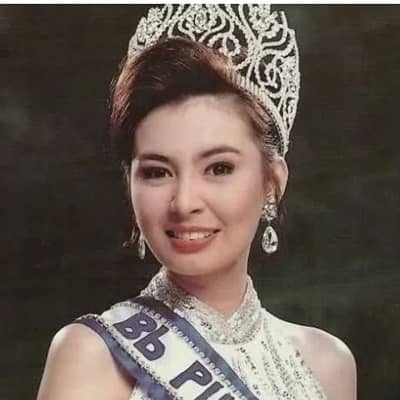 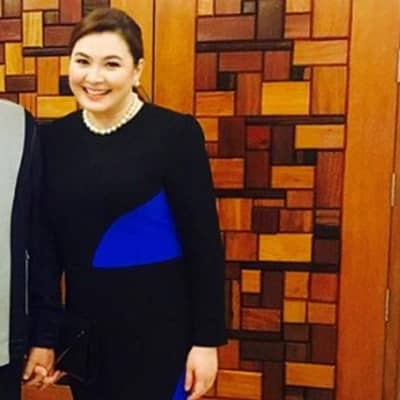 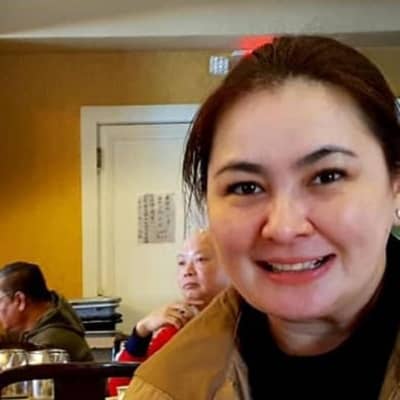 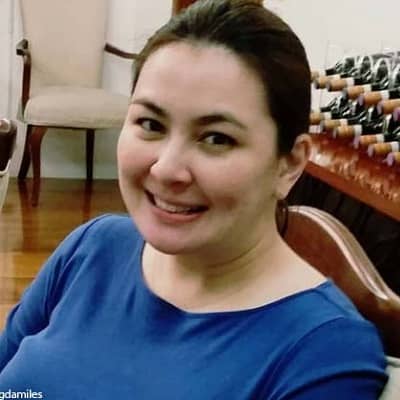 Aileen Damiles was born on May 2, 1976, and she is currently 46 years old. She from the Philippines and her zodiac sign is Taurus. Talking about her family, she has a brother through whom she has a nephew named Anjo Damiles.

Likewise, she has an uncle named Boy Abunda. Other than this, there is no further information regarding her parents, siblings, and other family details. Further, she also has yet to share insights into her educational journey. 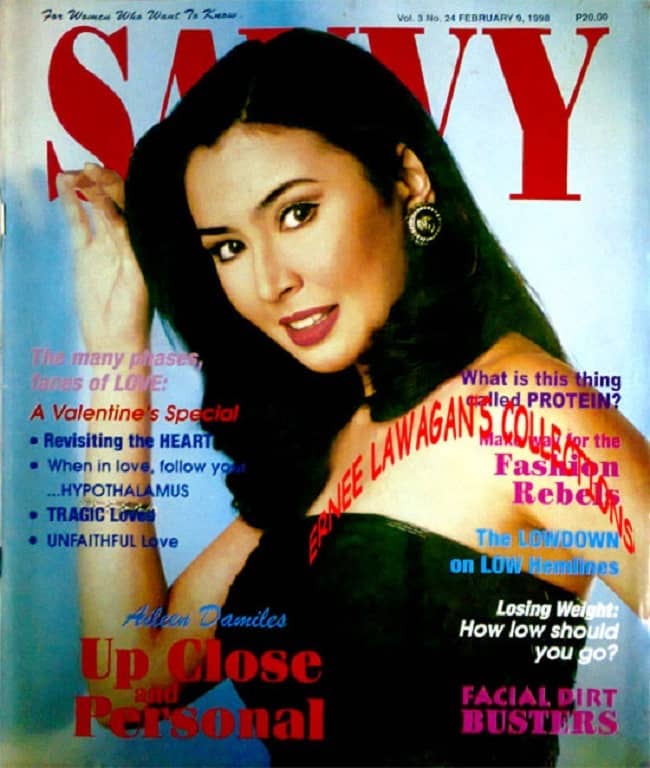 Professionally, Aileen Damiles is an actress and beauty pageant contestant. She is popular for her roels in the 1999 films Isusumbong kita sa tatay ko and Dahil may isang ikaw. Prior to this, she also worked on Ben Delubyo in the year 1998.

Besides being an actress, she is also famous as a beauty pageant. She is a former beauty queen Miss Universe 1996 candidate. She won the Binibining Pilipinas in the year 1996. Moreover, she also won the title “Miss Photogenic Award” and was placed 18th in the semi-finals. However, after her peak years, she disappeared from the showbiz industry.

Therefore, she is more popular as the aunt of the Filipino actor and model Anjo Damiles. Her nephew gained fame for his appearance as the lead actor in Doble Kara. It is a 2015 afternoon melodrama series in which she portrayed the character Andrew “Andy” Delgado alongside actress Julia Montes. 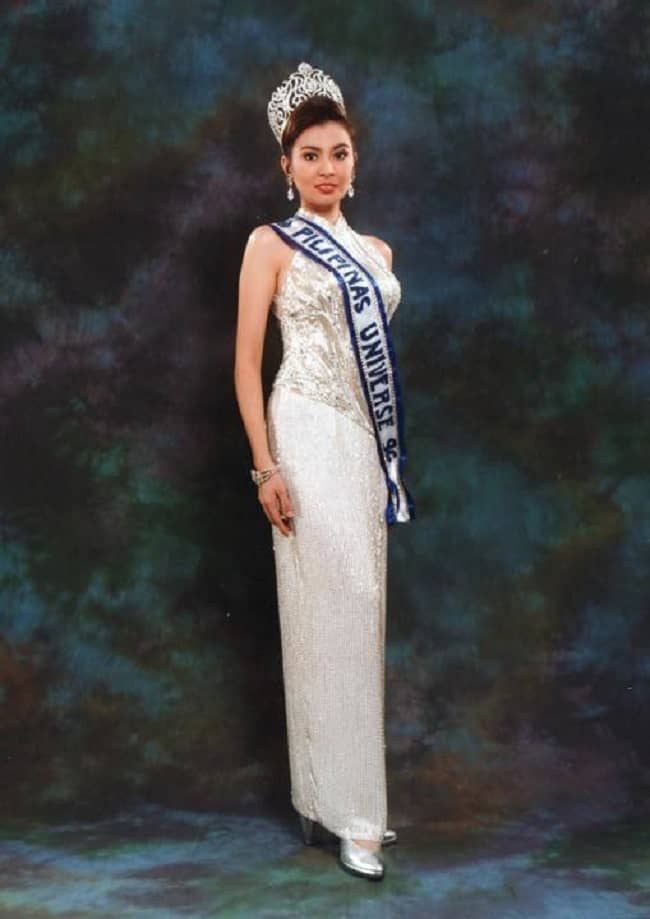 Caption: Aileen Damiles in a pageant photograph from 1996. Source: Facebook

Moreover, her nephew began his career in the showbiz industry at the young age of 8 years. This was when Anjo worked in commercials and print ads. In September 2011, Her nephew made his 1st appearance in Candy Magazine. Since then her nephew has starred in a number of TV shows and films. Some films that Anjo Damiles has appeared in includes Ang Henerasyong Sumuko Sa Love, Foolish Love, and Just The Way You Are.

Furthermore, her nephew has worked on numerous TV shows including First Yaya, Imbestigador, Daddy’s Gurl, Dear Uge, The Promise of Forever, and Forevermore among several others. 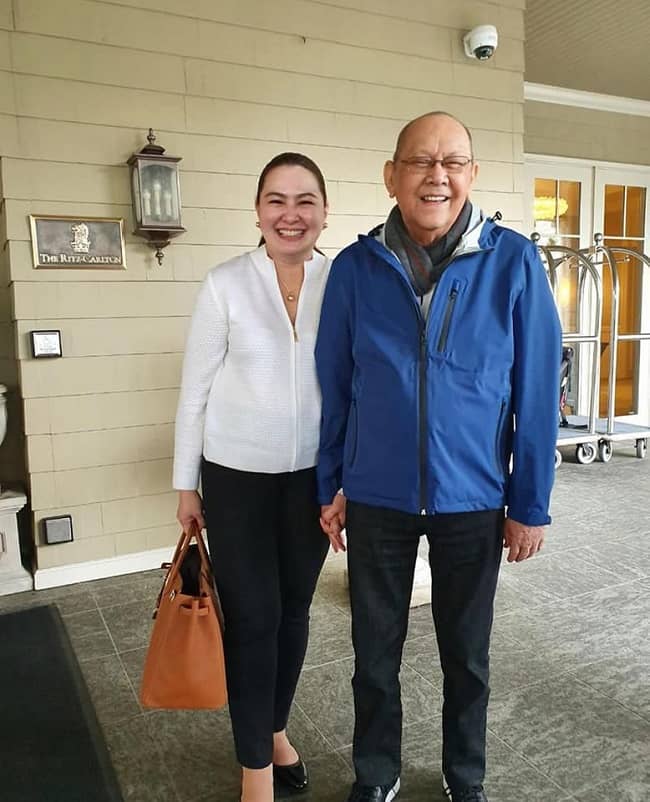 Aileen Damiles was romantically involved with Danding Cojuangco. With Danding, she has two daughters whose names are not revealed yet.

At the time when Danding lived together with her and their daughters, it was believed that Danding was still legally married to his wife Soledad “Gretchen” Oppen, although they were separated. With Soledad, her lover shared four children namely Margarita “Tina” Cojuangco Barrera, Luisa “Lisa” Cojuangco-Cruz, Carlos “Charlie” Cojuangco, and Marcos “Mark” Cojuangco.

Danding’s full name is Eduardo Murphy Cojuangco Jr. and he was a famous businessman and politician from the Philippines. Moreover, Her partner also served as the chairman and CEO of San Miguel Corporation. It is the Philippines and Southeast Asia’s largest food and beverage corporation. Further, her late partner served as a Philippine ambassador and governor of Tarlac. 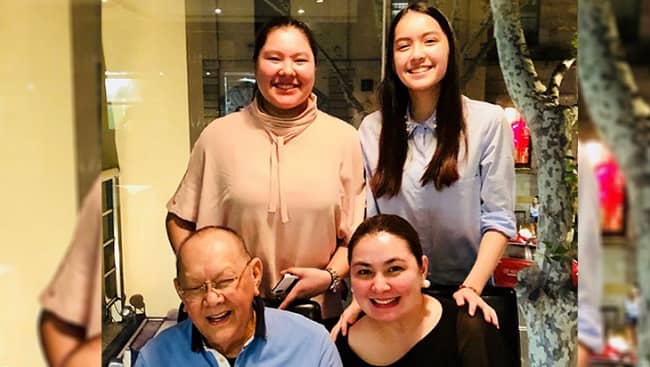 Caption: Aileen Damiles posing for a photo with her partner and their daughters. Source: Bilyonaryo

There is no information related to Aileen Damiles’s body measurement details like her chest-waist-hip measures, dress size, shoe size, height, weight, etc. Moreover, she has dark brown eyes and hair of the same color.

Aileen Damiles doesn’t seem to have a personal profile on any social media platforms like Twitter, Instagram, Facebook, Youtube, Tiktok, etc. Moving on, her net worth and earnings are still under review and hence are not available to the public. On the other hand, her late partner – Danding Cojuangco had a net worth of around $1.3 billion US dollars at the time of his death.