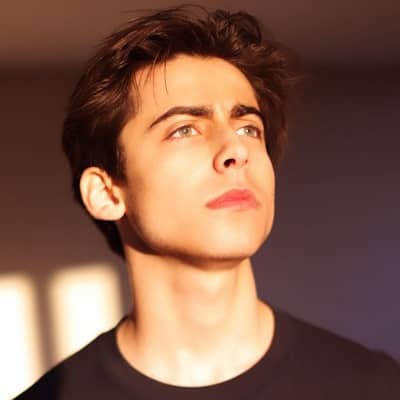 Aiden Gallagher is an American actor and social media personality. Aiden Gallagher rose to fame after he appeared as number 5 in the Netflix series ‘The Umbrella Academy’. Similarly, the young actor has also portrayed his talent in music and actively works as an environmental activist.

Aiden Gallagher was born in Los Angeles California in the year 2003. The young actor celebrates his birthday on 18th September of every year. Similarly, he is 17 years old as of now. Aiden belongs to American nationality and was born under the star sign Virgo.

Moving towards his family, he has not revealed the names of his parents. While he loves his parents and has posted their pictures, he is still reluctant to reveal their names. Similarly, Aiden is likely to be a single child as there is no information available regarding his siblings. The young actor grew up in Los Angeles, California.

Aiden Gallagher has not given out any sort of details regarding his education and academics. However, based on his age it is safe to say that he probably is in high school at the moment.

Aiden Gallagher is now a successful actor, musician, and environmental activist. He started his acting career early when he was only 9 years old. Aiden appeared as Alec in the popular Television series ‘Modern Family’ in the year 2013. Despite being young he was very professional with his role and gained praise from the audience for his role. Similarly, he appeared in the movie Jacked Up in the same year as Evan.

Aiden had his first big break with the Tv series Nicky, Ricky, Dicky, and Dawn in the year 2014. He appeared in the role of Nicky Harper. The series is Adventure-comedy series where Harper Quadruplets go out on an Adventure and build up good bonding with each other. Following year he appeared in Nickelodeon’s special Ho Ho Holiday special and also portrayed the role of Young David in the short film ‘You and Me’. 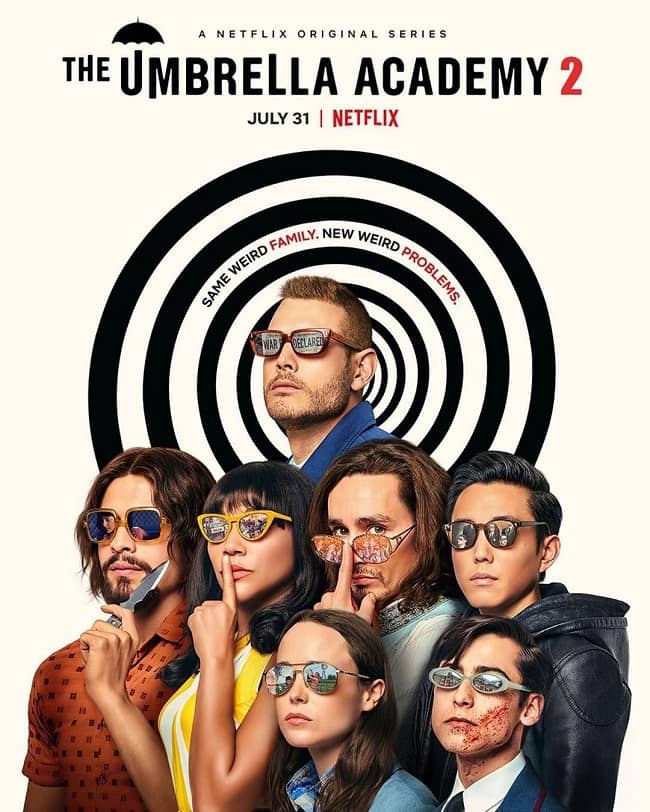 Caption: The poster of Netflix series The Umbrella Academy(source: Instagram)

Furthermore, his success and popularity skyrocketed with his role as number 5 in the Sci-fi Netflix series ‘The Umbrella Academy’. The first series came out back in the year 2017. Aiden played the role of number 5 who has the power to jump through time and accidentally jumps too far ahead into the future where he is the only person surviving. However, he is successful to come back in time as a man of 50 years trapped in the body of a Fifteen-year-old. Moreover, Aiden has received praise from both critics and audience for executing his role in the series flawlessly.

Aiden is also a musician and songwriter. He has released a number of songs to date. Some of his popular songs are I love you, For you, and the 4th Of July. Similarly, Aiden has also set up a youtube channel where he has 2.75 million subscribers. He has published Unboxing videos, Travels vlogs, reaction videos, and videos about environmental change.

Likewise, Aiden has certainly earned a decent amount of money through his acting career. He enjoys a net worth of $2 million USD. He lives a simple and fulfilling life and often donates to charity and environmental betterment.

The young actor is certainly very handsome and must have a lot of girls to head over heels for him. However, he is single and is not seeing anyone at the moment. He enjoys a good relationship with his friends and family.

Aiden Gallagher has not been involved in any sort of trouble and scandals. He is a guy of a golden heart and has raised his voice against climate change, Global warming, and other major environmental issues.

Aiden still has time to grow. As of now he is 5 feet 4 inches and weighs 52 kg. Likewise, he has dark brown hair with a pair of beautiful brown eyes.