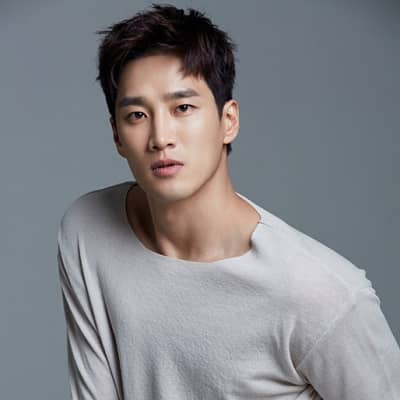 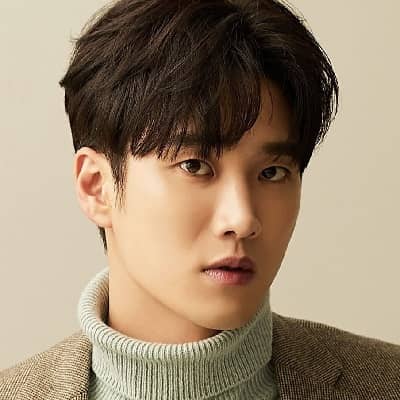 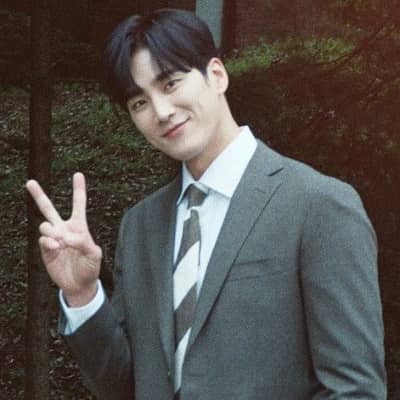 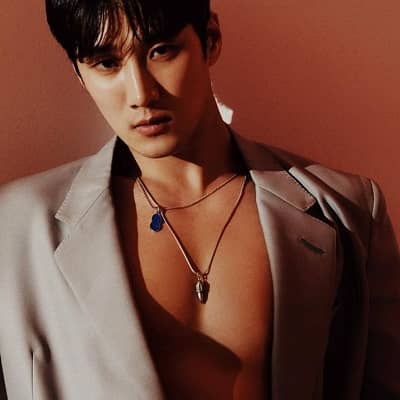 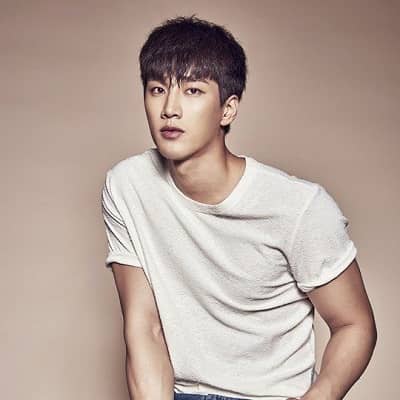 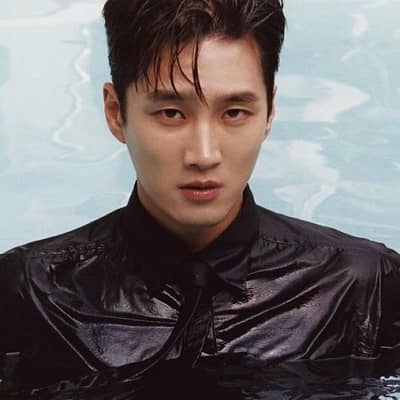 Ahn Bo-Hyun is an actor and model from South Korea. Ahn Bo-Hyun works under FN Entertainment. He is famous for his role in ‘Itaewon Class (2020)’.

Ahn Bo-Hyun is from Busan, South Korea, born on May 16, 1988. As of now, he is 33 years old and his birth sign is Taurus. There is no information related to his parents, siblings, and family background. He attended ‘Busan Sports High School. There, he used to participate in amateur boxing competitions and previously even won a gold medal. Then, he joined Daekyeung University. 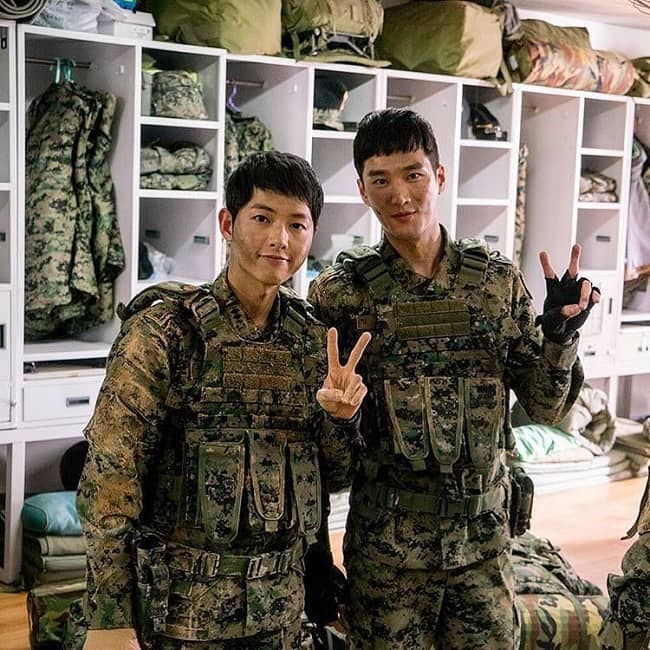 Caption: Ahn Bo-Hyun and Song Joong-ki clicking a photo while shooting the series ‘Descendants of the Sun’. Source: Pinterest 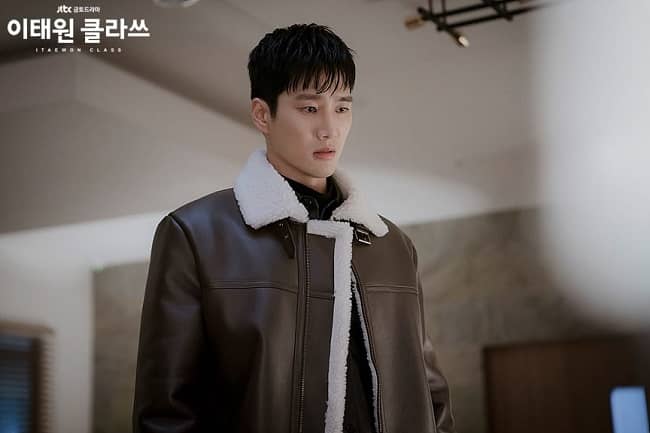 And in 2021, he appeared in the show ‘Busted!’ in Season 3, in 7 – The Ghost Client; The Case of Imposter Detectives, and had a special appearance in Episode 8 along with Lim Soo-Hyang’ and Tae Hang-ho. Also, in the year 2020, in the ‘Brand of the Year Awards 2020’, he won the title ‘Rising star actor of the year’ for his work in ‘Itaewon Class’.

In ‘5th Asia Artist Awards 2020’, he won the awards titled ‘Best Emotive Award (Actor)’ and ‘Choice Award’. Similarly, in the same year, in the ’39th MBC Drama Awards’, he earned the title Best New Actor for his work in ‘Kairos’. In 2021, in the ‘2021 Korea First Brand Awards’, he got the title ‘Rising Star Actor’ for his work in ‘Itaewon Class’. 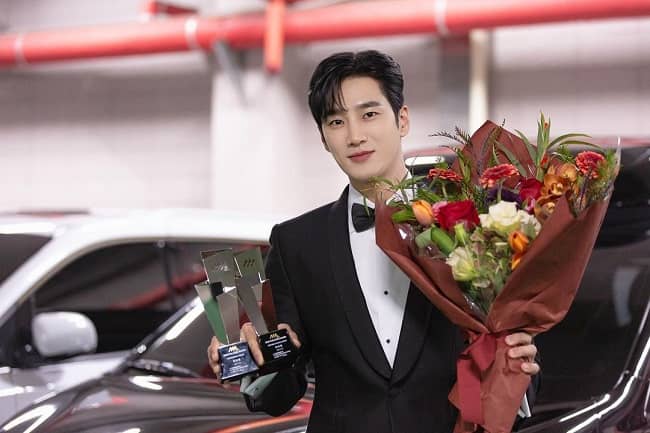 Ahn Bo-Hyun has never been in a relationship. Even if he has in the past, the information is not available at the moment. However, he has kept his personal life away and safe from the public. He has not been into any controversial acts. Most possibly, he is single and is not dating anyone. He is probably enjoying his single life and focusing on his career.

Ahn is a good-looking and sexy boy. He has a tall height measuring 6 feet 2 inches. Also, he has a matching weight of 75 kilos. He has a lean and fine-shaped body structure. But, his body measurements are not disclosed.

However, he maintains his body by working out and going to the gym every day. And also by eating healthy. Furthermore, he has a gorgeous pair of brown eyes and nice dark brown hair. 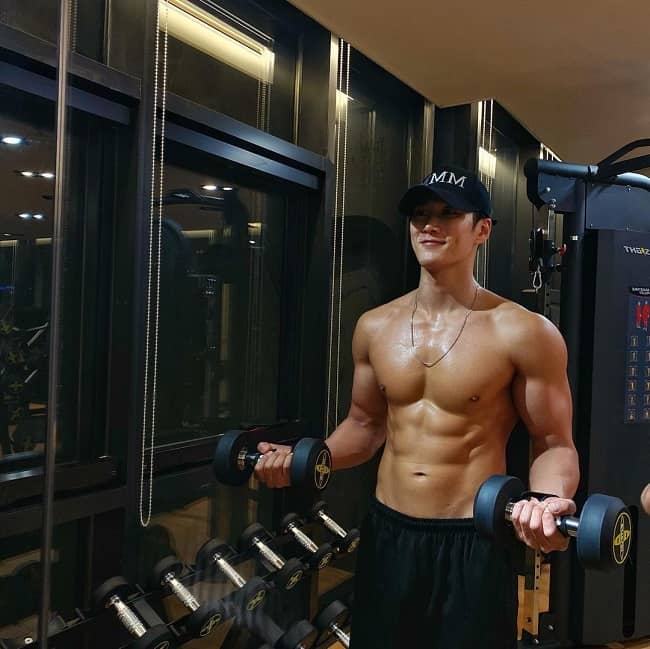 Being a talented and hardworking actor and model, he might have earned a good amount of money till now. His primary source of income might be through his acting performances and modeling contracts. However, his net worth as of 2021 is around $1 million – $5 million.