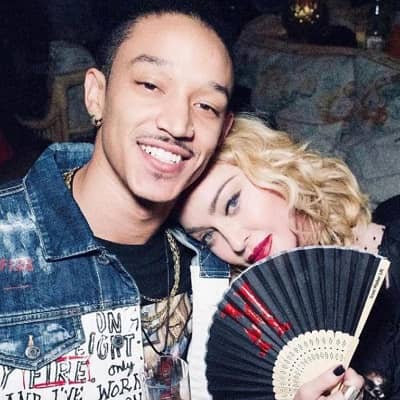 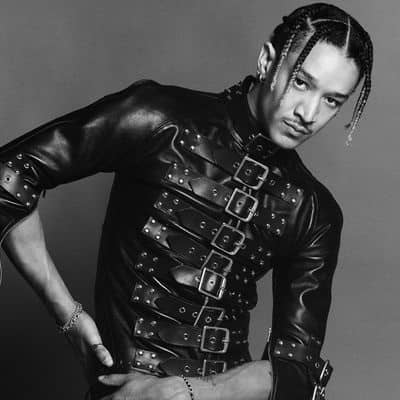 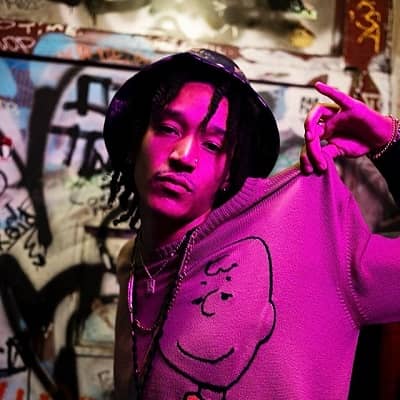 Ahlamalik Williams is a famous and professional dancer, choreographer, entrepreneur, and also social media influencer. Ahlamalik Williams got the highlight after being present in Cirque du Soleil show, “Michael Jackson’s ONE”.

The amazing dancer’s birthdate is 24th April 1994 and his birthplace is Sacramento, California, the United States. His full name is Ahlamalik LeDrue Williams and his age is approximately twenty-seven years old. Similarly, the choreographer’s zodiac sign is Taurus and he celebrates his birthday each year. He is an American native, having mixed (African descent) ethnicity and following the Islamic religion. Also, he is the son of a well-settled and was raised in a joint family. The name of his father is Drew Williams and his mother’s name is Laurie Williams.

His father is a former US Navy veteran whereas his mother serves in the position of a criminal lawyer. Apart from himself, his parents have other three lovely children in his joint family. The name of his brother is Ahlijah and the names of his sisters are LeYana and Princessneek. As for his educational background, he was a good student of two schools. First, he went to Monterey Trail High School and then went on to join Canyon Springs High School. He also has a nickname which is SkitzO.

The choreographer started gaining some interest in dance at a very young age as he grew up observing hip-hop dance videos. After then, Williams went on to take professional dance training to polish his talent. The dancer seems to be very close to his parents and siblings since he loves spending most of his time with them. In fact, she frequently shares their together images online. Moreover, his father even posts his images with his son, Ahlamalik on his Facebook account. 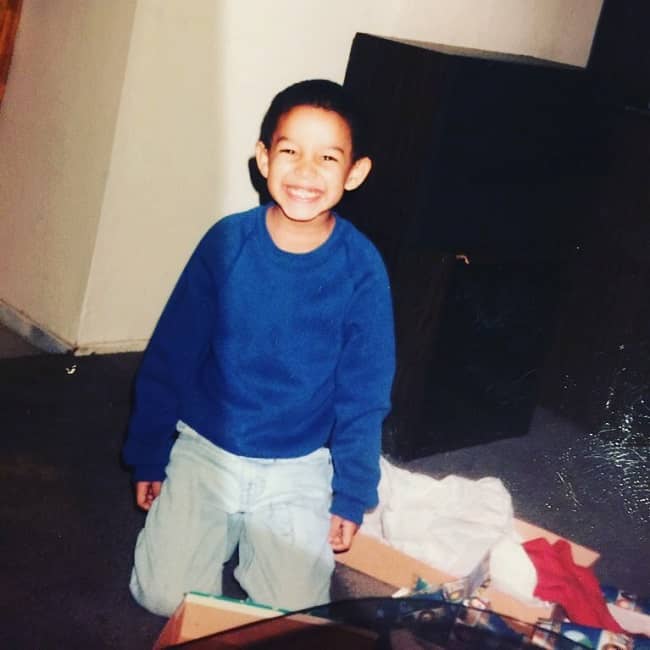 Caption: Ahlamalik Williams when he was young (Source: Instagram)

As we know, Ahlamalik is famous for his amazing dancing skills all over the country. After taking the help of professional dance trainers, he went on to participate in numerous dance competitions. He also was performing live on stage concerts. However, there is no further information about his career background but his hard work did not go in vain. The great dancer finally came into the limelight after being a part of the Cirque du Soleil show, “Michael Jackson’s ONE”.

After such a successful professional career, he decided to share his knowledge with others too. The choreographer began to organize several dance workshops. Likewise, Williams has worked together with many other famous figures and choreographers as well. He has become the victor of many dance competitions several times and has achieved many honors. At present, he is known for being an outstanding choreographer, dancer, entrepreneur, and also as an Instagram Personality.

Additionally, the dancer often performs in several countries such as London, Paris, Shanghai, Taipei, etc. The dancer also was present in the film, “Frat Brothers” in the year 2013 as an actor. His hard work from a very young age has made his skills more amazing. Other than his professional career, his name got the highlight after the news about his relationship with Maddonna came out publicly. They are often spotted together while having a date and vacation. 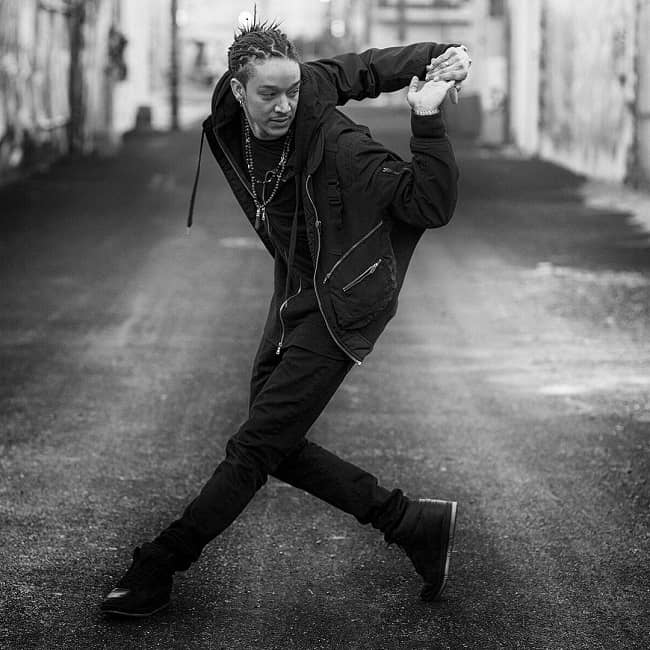 The professional dancer and choreographer have been making an impressive amount of money to this day. Ahlamalik Williams’ recent estimated net worth is approximately $4 to $5 million US Dollars. He previously had earned a lot of money and is the winner of several competitions. Likewise, as of now, he earns collaborating with many other celebrates, freshers, and clients. Being a social media personality, he must have also earned working with other people, brands, and TV. As of now, the dancer must be living a comfortable life with his loved ones.

The famous choreographer was recently found dating the beautiful, Madonna Louise Ciccone. On 16th August 2021, the professional dancer was seen with Madonna at her sixty-third birthday party. He used to work as a back dancer in his partner’s show. In fact, his parents were also invited there. They met for the first time with each other in the year 2015. Then, they started their relationship in 2018. Madonna is thirty-six years elder than Ahlamalik. When it comes to their relationship, Williams’ dad is not against his son dating a woman who is much older than him.

She was previously married to Guy Ritchie (2000 to 2008) and to Sean Penn (1985 to 1989). Moreover, she has six children, four of them are her biological child whereas two of them are adopted. The couple was seen together for the first time on December 14 2019 on a hotel balcony in Miami, Florida. His girlfriend, Madonna Louise Ciccone is a famous singer, songwriter, and actress. She is regarded as the “Queen of Pop” who is admired by many other artists. The singer is renowned for her frequent reinvention and flexibility in music production, songwriting, and visual performance.

She was still doing great work on her other career while she was nourishing the boundaries of artistic expression in mainstream music. The actress has successfully balanced all of her professional careers. Furthermore, her every work that includes social, political, sexual, and religious subjects, has made both disagreement and praise. Being an international personality, Madonna is also famous for her cultural influence all through 20th and 21st centuries. Also, the Scholarly literature made on her has helped her to be one of the most “well-documented figures of the modern age”.

Some of her credits as an actress are 1985’s “Desperately Seeking Susan”, 1990’s “Dick Tracy”, 1992’s “A League of Their Own, and 1996’s “Evita”. The actress has received several awards and even the Grammy award for her amazing works. In 1992, she found the company, “Maverick” which comprised Maverick Records, one of the greatest popular artist-run labels in history. Her other projects are fashion brands, children’s books, health clubs, and also filmmaking. Moreover, she founded the “Ray of Light Foundation” in 1998 and “Raising Malawi” in 2006. 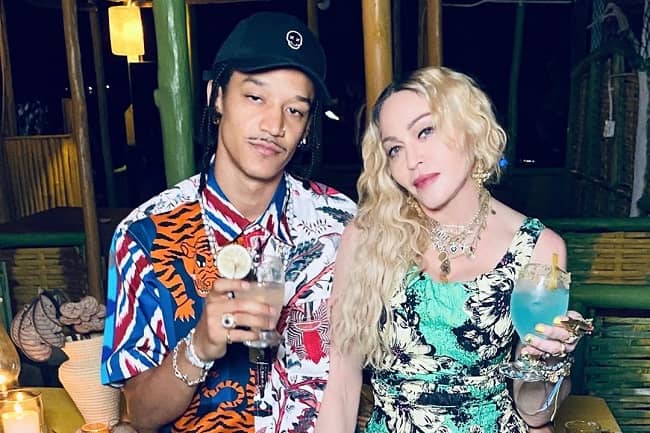 Regarding his body measurements, the dancer must have a good physical status and well-maintained health. Williams is 6 feet 3 inches or 1.9 m or else 190 cm tall. Similarly, he weighs around 75 kg or 165.43 lbs approximately. As a dancer, it is for sure that he has a well-managed daily routine and a proper diet to follow. He also has a dashing look and an attractive personality. Moreover, the dashing choreographer has a dark complexion with beautiful black eyes and hair.

The famous choreographer is also a social media personality which means he is highly active on these platforms. He has an Instagram account where he has 173 thousand followers as of May 2022. Likewise, the dancer has a Facebook account with 3.8 thousand friends. He also has a Twitter account which he joined in October 2014 but is not now active on there. Looking there, Williams seems to love traveling to many new destinations very much together with his family.