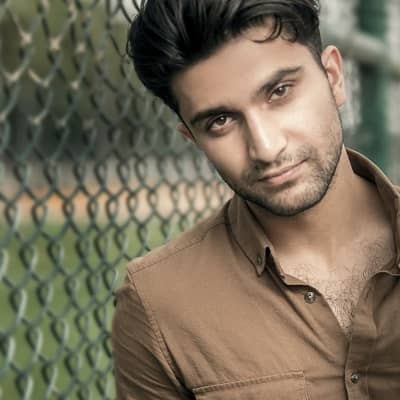 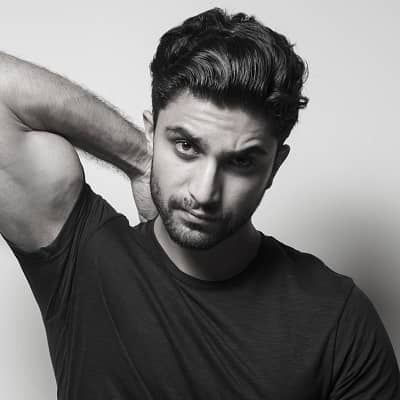 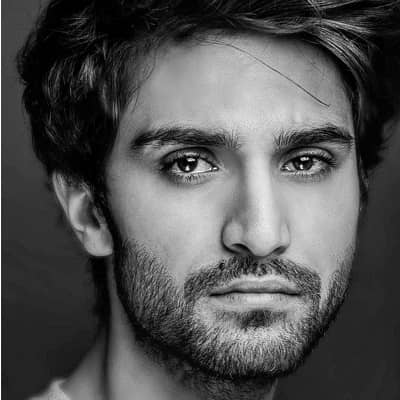 Ahad Raza Mir is a Canadian-Pakistani actor. Likewise, Ahad Raza Mir is an actor and singer who is popular for his roles in Urdu television series and movies. Similarly, he is also the recipient of a Lux Style Award for portraying unconventional roles on the screen.

Ahad Raza Mir was born on 29th September 1993 and his current age is 28 years old. Being born in late September, his zodiac sign is Libra. Likewise, Ahad was born in Karachi, Sindh, Pakistan, and later went to Canada. He is a Canadian by nationality. Similarly, talking about his ethnicity and religion, he belongs to the Pakistani ethnic group and follows Islam.

Likewise, about his childhood and family, Ahad is the eldest son of Asif Raza Mir and Samra Raza Mir. Asif is a veteran actor and the producer of the Pakistani film and television industry and Samra Raza is a homemaker. 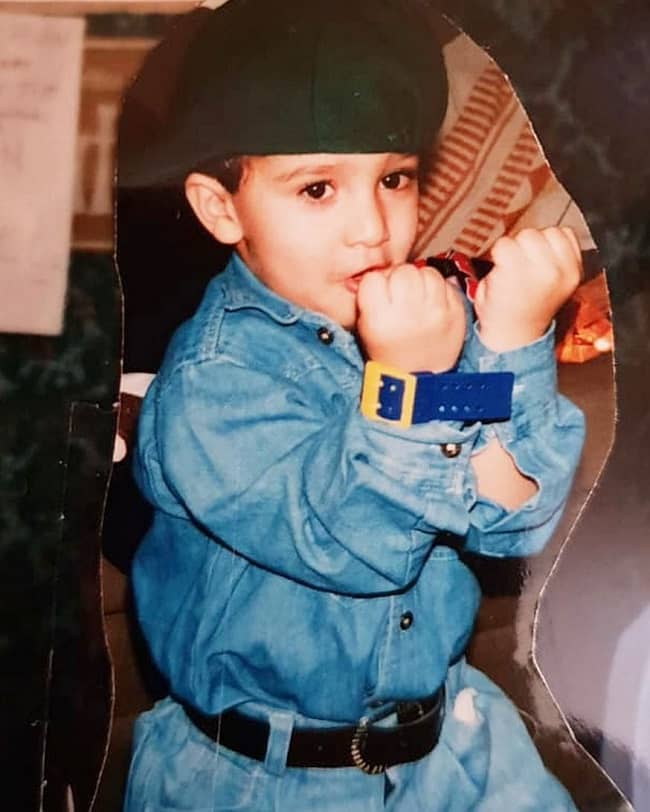 Moreover, many of his family members have worked in the movie industry. Likewise, his paternal grandfather Raza Mir was a filmmaker and the first cinematographer of the Pakistani film ‘Teri Yaad’ in the year 1948. Likewise, he has a younger brother whose name is Adnan Raza Mir.

Similarly, his cousin brother Haroon Shahid is also an actor and singer. Furthermore, talking about his educational background, Ahad is a college graduate. He went to Performing Arts High School. Followed by this, he went to the University of Calgary and received a Bachelor of Fine Arts degree.

After his graduation, Ahad made his debut in acting at the age of 17 in the year 2010. He played a brief role in the Pakistani romantic drama ‘Khamosiyan’ as the son of Sania Saeed and Faisal Rehman. Moreover, at that time, he was basically doing his bachelor’s in BBA but due to his interest in acting, he shifted from BBA to BFA at the University of Calgary. Likewise, he started his career on stage performing, writing, and directing several musicals and plays across Canada. Moreover, initially, he wanted to move to Toronto but later went back to Pakistan to work in films and televisions.

Likewise, in the year 2017, Ahad went to audition for Hum TV’s production house MD Production and became cast as the leading role in Pakistani television drama series ‘Yaqeen Ka Safar’. Followed by this, he did a supporting role in the social drama ‘Sammi’ along with Mawra Hocane. Moreover, his performance here made him earn the Lux Style Award for Best Actor and three Hum Awards including the Hum Award for Best Actor. Similarly, he attributed his success to producer and filmmaker Momona Duraid. 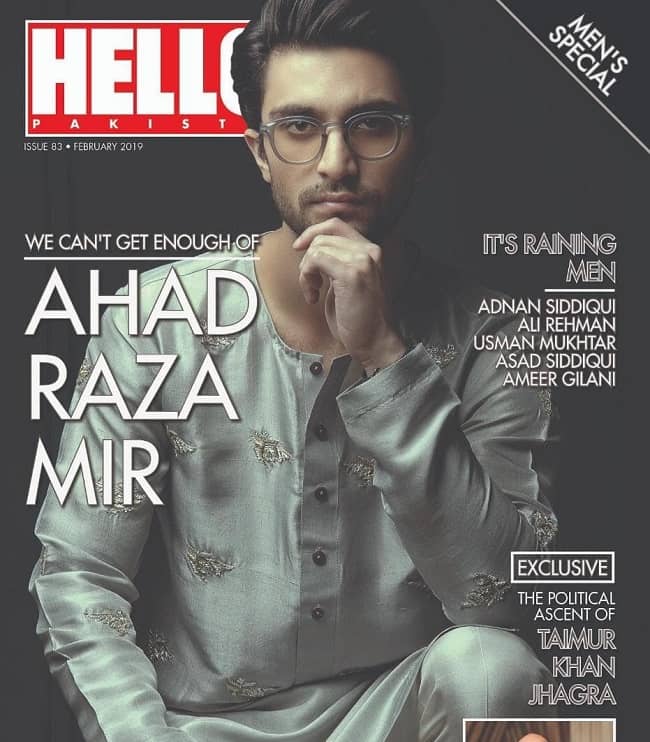 Similarly, in the year 2018, Ahad made his Coke Studio debut as a featured artist in its 11th season. He made a performance ‘Ko Ko Korina’ along with Momina Mustehsan. However, this song was highly criticized by people as this song was not as good as the original. Moreover, within a few days of its release on Youtube, it became the most disliked video in the music show’s history. In the same year, he made his film debut in the military drama ‘Parwaaz Hay Junoon’.

The popular actor has also done some endorsement activities. He is the Pakistani brand ambassador for the global tech giant company, Xiomi.

Talking about his net worth and earning, Ahad is an actor by profession. Similarly, being an actor, he has made an impressive earning and fame from his career. However, there is no information about his asset values available in the media.

Regarding his relationship, Ahad is straight and is in a marital relationship status. Likewise, he tied the knot with Sajal Aly on 14th March 2020. Their wedding ceremony was in Abu Dhabi and both are in a loving relationship. 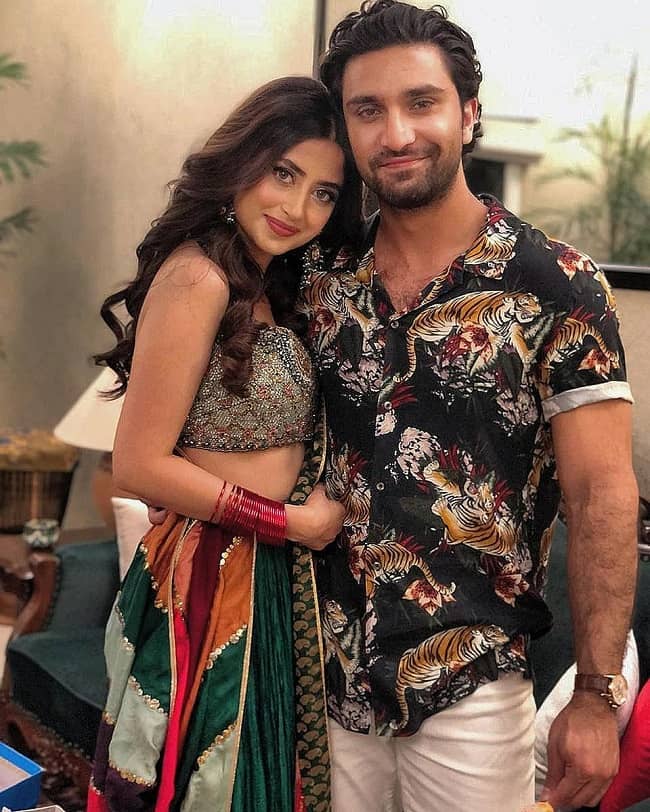 Being born into a family of movie backgrounds, Ahad became into criticism of being a nepotism product. However, due to his sheer hard work and dedication, he has proved everyone wrong.

This talented actor stands 5 feet 9 inches (69 inches) tall and weighs around 75 kg (165 lbs). Likewise, he has a fit body physique of vital stats (chest-waist-biceps) as of 35-32-14. Similarly, he has a build body type. Likewise, he has fair skin with black hair and brown hair color. 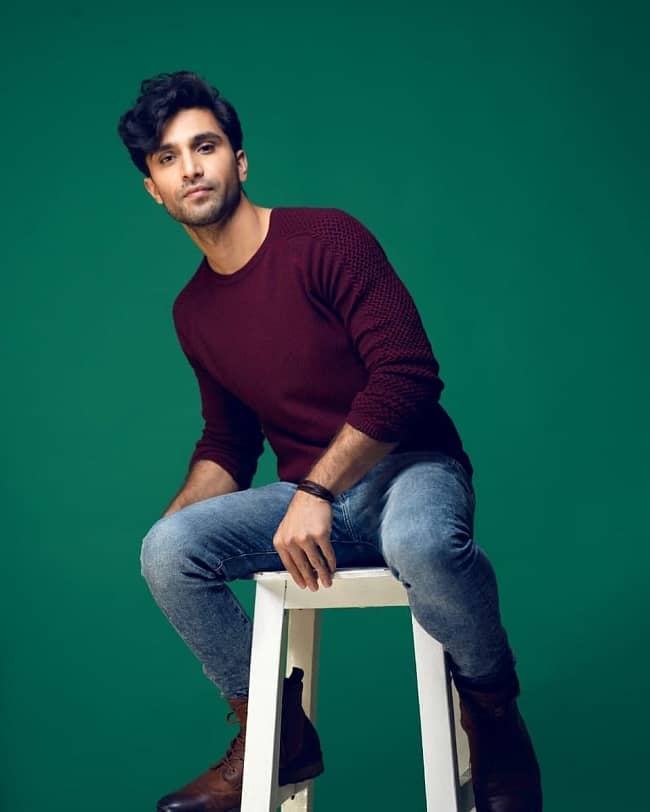