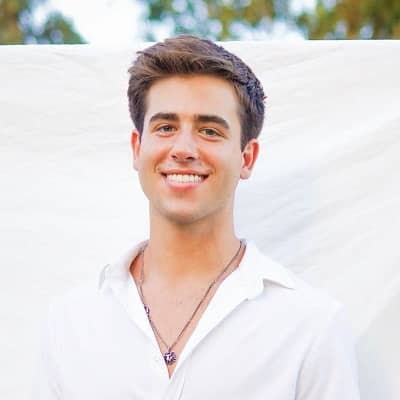 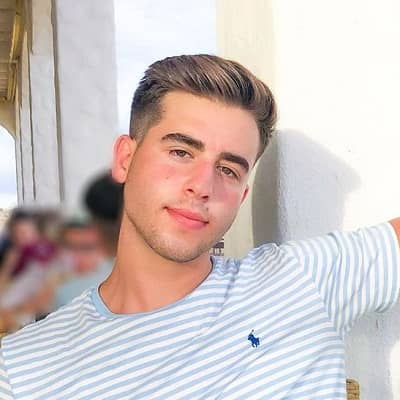 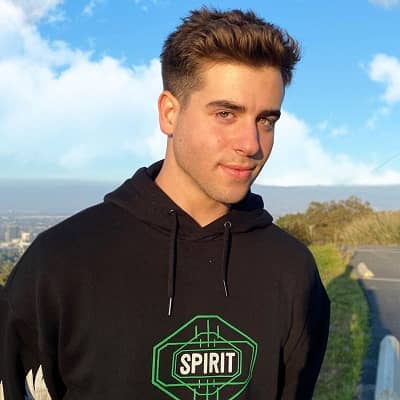 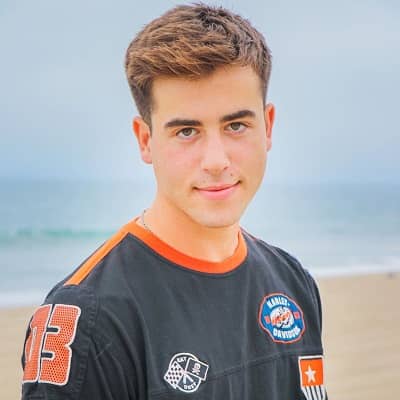 Adi Fishman is an American video content creator best known for being a part of the collaborative YouTube channels “Free Time” and “Whatever Time”. Adi Fishman also has a personal channel on the social platform on which he shares random videos. All these channels have contributed to his online success, making him one of the top comedy content developers on the platform.

Adi Fishman was born on August 11, 2000, and he is currently 21 years old. He hails from Los Angeles, California, and his zodiac sign is Leo.

Talking about his family, he has an older sister named Shani and a brother Tal Fishman.

His brother is also a social media personality like himself. Other than this, there is no information about his parents and other family details.

He also has yet to share insightful information about his educational journey.

But considering his age, we can assume that he might be a college-level student unless he decided to take a break or discontinue his education to focus more on his professional career. 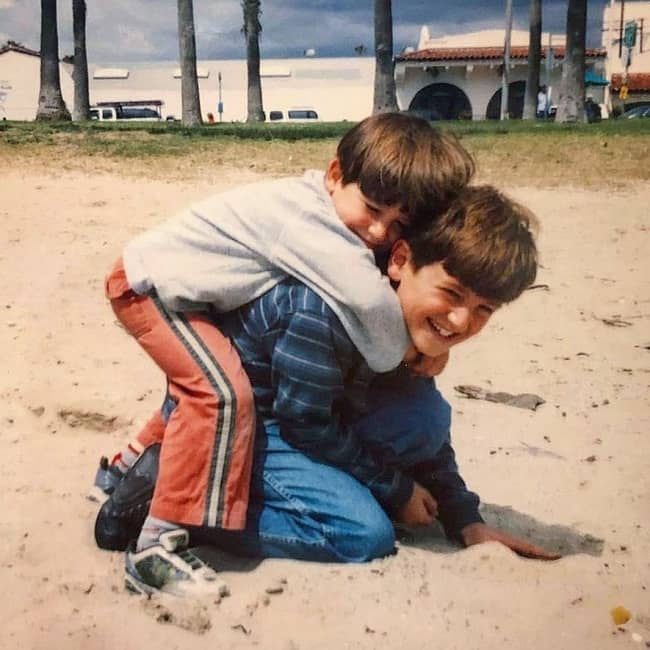 Caption: Adi Fishman in a childhood photo with his brother Tal. Source: Instagram

Talking about his social media presence, Adi Fishman joined Twitter in May 2020 and so far has over 6.5k followers on his @adifishman account.

He also goes by @adifishman on Instagram. This handle boasts 106 post shares and 830k followers at the time of writing this biography.

Moreover, he also has a Tiktok account under the username @adifishy. This account has earned over 1.6 million followers and 23.3 million likes as of August 2020.

He created his self-titled “Adi Fishman” channel on 20 May 2018. At the time of writing this biography, this channel has earned over 1.97 million subscribers and 238 million views.

Likewise, he is also a part of the collaborative channels “Free Time” and “Adi&Em”.

The former was created on 26 April 2014. This channel has earned over 3.03 million subscribers and more than 225.5 million views.

Likewise, they created the latter one on June 2, 2020, and this channel has over 15.8 million views and 344K subscribers. Furthermore, we can also contact him at [email protected] for more inquiries.

Adi Fishman is in a romantic relationship with Emily Alexander. Emily is also a social media star just like him. The lovers created a family channel in June 2020 called “The Diem Family”, now called “Adi&Em”.

He and Emily started dating on 10 September 2017. They have been together for almost three years and their love is getting stronger with each passing day.

Similarly, most of his videos are related to Emily as they do different pranks and challenges which are fun to watch. The couple gets along with each other.

The couple is loved by their fans and it won’t too hard to find the comment where people would say that they are what we call, a “Perfect Couple” or “Couple goals.” 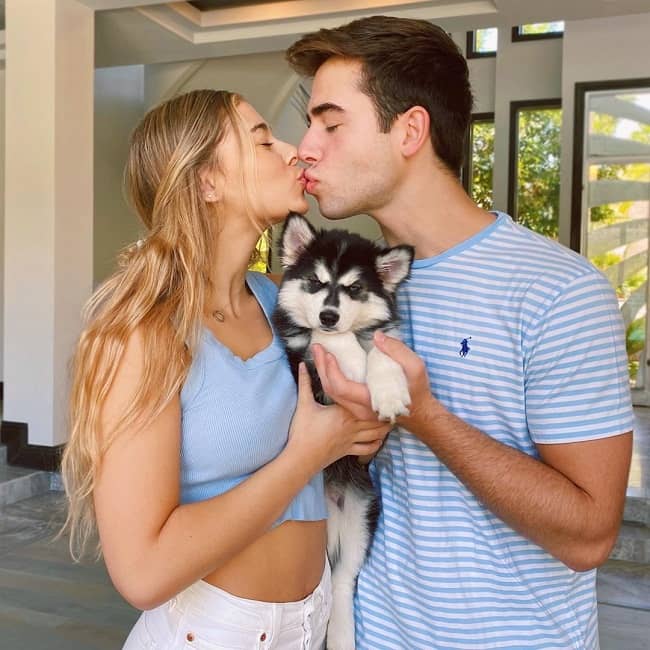 Professionally, Adi Fishman is a young and enthusiastic social media personality. He is best known as the comedy content creator and collaborator on the “Free Time” YouTube channel.

This channel is famous for its challenge videos based on current trends. He also had a channel with Nick Mayorga called “Whatever Time”, which earned over 800,000 subscribers.

Moreover, he and his brother Tal Fishman launched the “Free Time” YouTube channel in April of 2014.

Their comedy YouTube channel has more than 3 million subscribers and he has collaborated with DangMattSmith and Hunter Rowland on the “Free Time” YouTube channel.

Moving on, he has a net worth estimation of approximately 2.3 million dollars. He might earn through his Youtube videos, collaborations, partnerships, etc.

As of now, this channel has over 1.97 million subscribers and 238 million views. The oldest video on this channel is titled What I Did Over Summer In 100 Seconds uploaded on 6 July 2018.

Likewise, the most-watched video is titled Being PDA With Girlfriend In FRONT Of BROTHER To See How He Reacts… with over 7.9 million views since its upload on 7 October 2019.

He also has several collaborative channels with his friends and family. 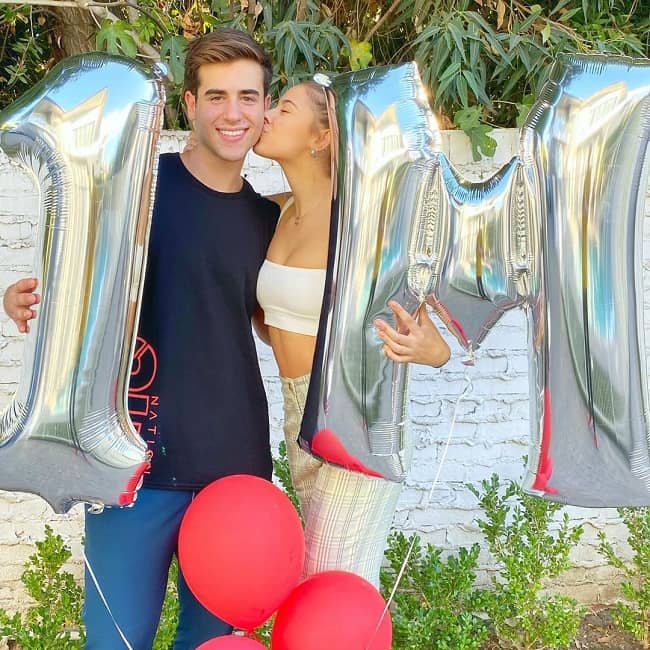 He started on YouTube with a collaborative channel titled “Free Time” that he launched alongside his brother, Tal, on 26 April 2014.

The first video on this channel was Weirdest Food combinations which were followed by a challenge video called Eat It or Wear It Challenge.

The duo then started to make more fun and crazy videos for their viewers. Within four years, their channel earned enormous popularity.

Today, the “Free Time” Youtube channel has over 3.03 million subscribers and more than 225.5 million views. With over 100 videos, this channel has everything one needs to make their day entertaining.

Moreover, two of the most interesting and entertaining videos on the channel are ‘Lie Detector Shock Test‘ and ‘Prank Calling People Without Hearing Them‘.

The first video features Fishman and his buddies taking a lie detection test whereas the second video is prank-based. 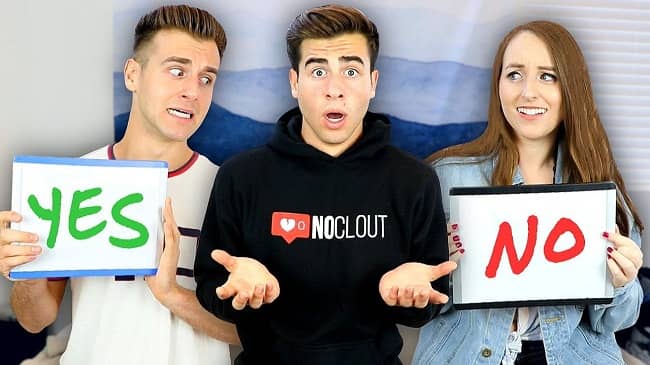 Likewise, he has another collaborative channel titled “Whatever Time” with Nick Mayorga.

They launched this channel on 28 December 2016 and feature random fun-filled videos including reactions, memes, challenges, games, pranks, and so on.

As of now, this channel has over 395K subscribers and over 10.8 million views. Some of the must-watch videos on “Whatever Time” are ‘Reacting To K-Pop (BTS)’, ‘Secret Hidden Messages In Logos,‘ and ‘This Website Can Find Your Twin‘.

Moreover, this channel is now called “Nick and Jojo” and the hosts of this channel are Nick Mayorga and Jojo Sim.

He and Emily Alexander created another collaborative channel on June 2, 2020. This channel currently has over 15.8 million views and 344K subscribers.

This is a couple of channels where they share challenges, reactions, pranks, etc. with each other.

He stands tall at a height of approximately 5 feet 8 inches and weighs around 71 kg.

Other than this, there is no information about his other body measurement details including chest-waist-hip measures, biceps, dress size, shoe size, etc. He has dark brown hair and eyes of the same color.