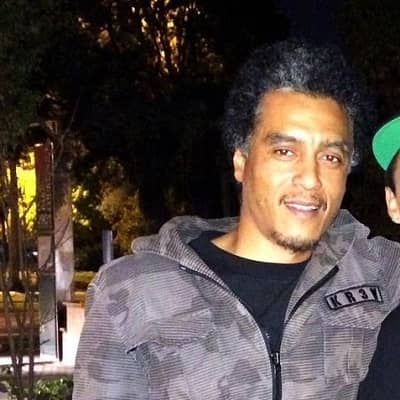 There are no detailed information related to Adeyemi Huston’s exact date of birth, zodiac sign, and birthplace. Moreover, Huston also has not shared insights into his parents, educational journey, and other personal details. However, there is information that he is a Rastafarian and a vegan. Moreover, this personality is of Black and Japanese heritage.

Adeyemi Huston is famous as the celebrity father of Nyjah Imani Huston. His son is a popular professional skateboarder. Likewise, his son was the overall champion in the competition series in the years 2010, 2012, 2014, 2017, and 2019. Further, Huston’s son is the highest-paid skateboarder in the world. As of 19 May 2013, Huston’s son has won more prize money than any other skateboarder in history.

Besides being a celebrity father, this personality was himself a skateboarder who made his sons start skating when Nyjah was only five years old. His son Nyjah has shared that this personality was very controlling and wanted him to skate every day. In the year 2004, his family purchased an indoor skate park in Woodland where his son Nyjah spent his entire time practicing. 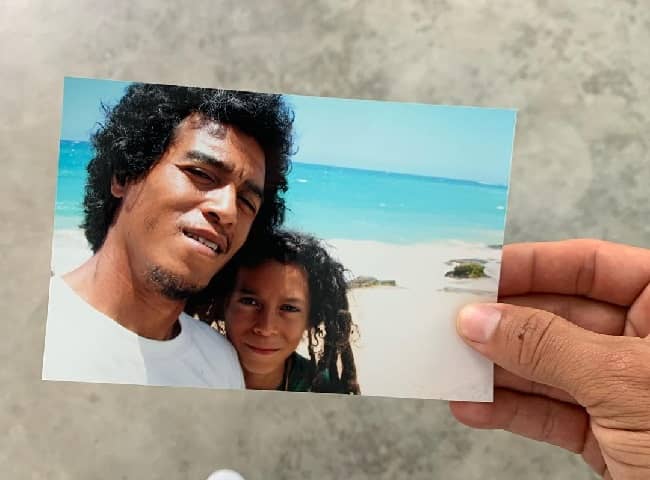 Caption: Adeyemi Huston and his son Nyjah in an old photograph. Source: Instagram

Then in the year 2006, he abruptly decided to move to Puerto Rico with his family. During this time, the distance between Puerto Rico and California caused problems with his son Nyjah’s board sponsor Element Skateboards. This was because his son was not able to take part in demos.

While in Puerto Rico, he separated from his wife who then moved back to California with his children except for Nyjah. Nyjah had to stay back in Puerto Rico with this personality since he was his son’s manager and videographer at that time. For a whole year, his skateboarder son Nyjah did not see his mother before his wife took him to court to get divorced. 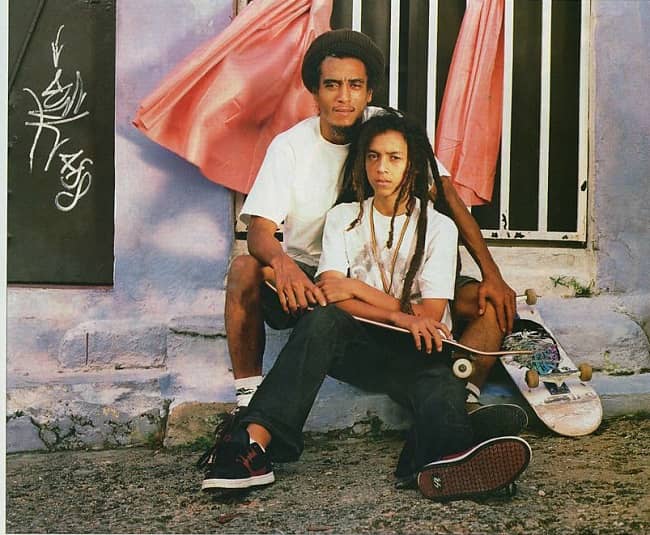 Caption: Adeyemi Huston and his son Nyjah appear in an article. Source: Pinterest

Moving on, there are no details related to the celebrity father of Nyjah Huston – Adeyemi Huston’s net worth and earnings. On the other hand, his skateboarder son Nyjah is worth over $12 million US dollars.

Adeyemi Huston is actually a divorcee. He was previously married to Kelle Huston who met in college in California. Together, this ex-couple has five children namely Isha, Jahmai, Kiade, Ahbi, and Nyjah. The parents of five wonderful children separated when they were living in Puerto Rico.

Following the separation, his then-wife moved back to California with all his children except Nyjah. His son Nyjah had to stay with him because he was his son’s manager and videographer at that time. His son couldn’t see his mother and siblings for a year.

This was before his ex-wife took him to court to get a divorce. The judge granted his then-wife full custody of their children. Following this, his son Nyjah moved back to live with his mother and siblings in California. 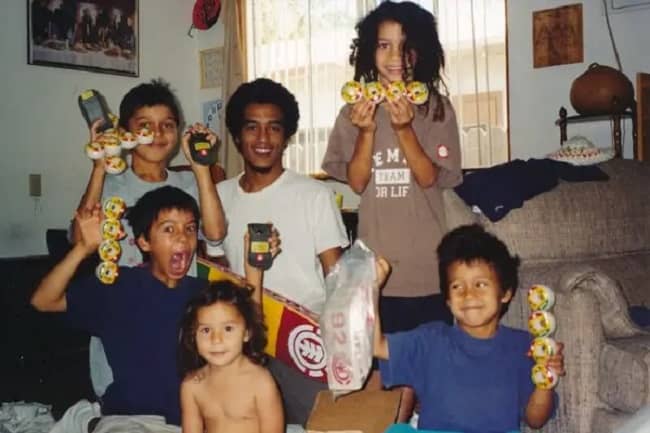 Caption: Adeyemi Huston posing for a photo with his children. Source: The New York Times

There are no verified details related to Adeyemi Huston’s body measurements like his chest-waist-hip measures, biceps, weight, height, etc. Moreover, Huston has dark brown eyes and hair of the same color.