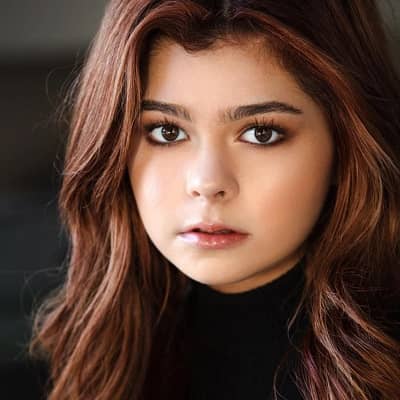 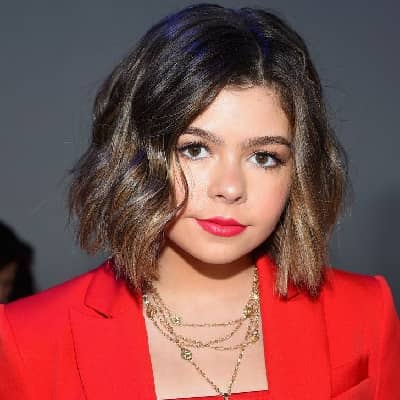 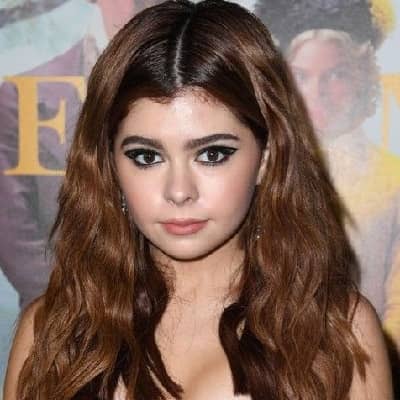 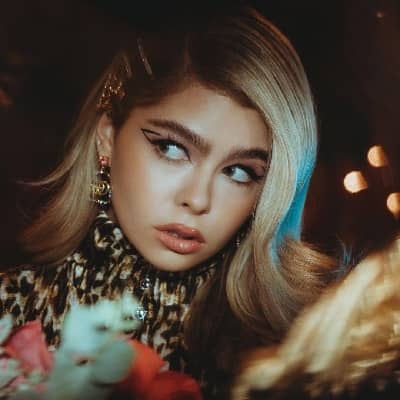 Addison Riecke came to this world on January 26, 2004. Her full name is Addison Elizabeth Riecke. She hails from Covington, Louisiana, USA. Presently, she is 17 years old and her sun sign is Aquarius. Her parent’s names are Jeanine Riecke (mother) and Jared Riecke (father). 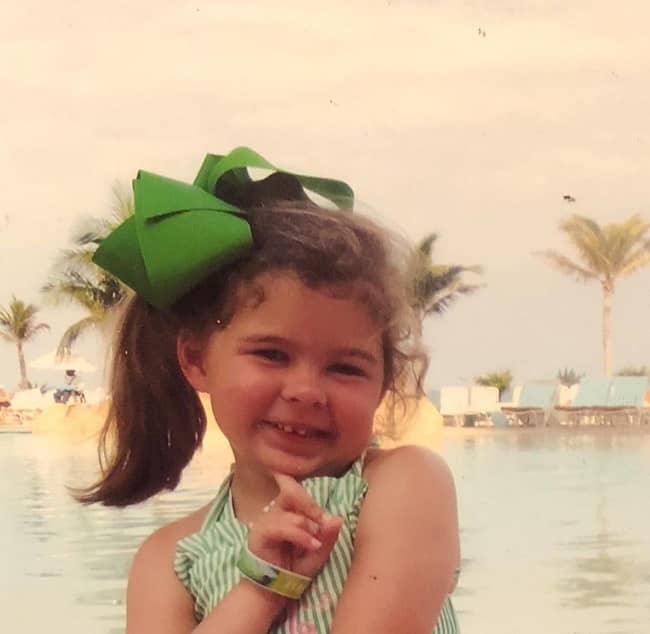 Addison developed her love and passion for singing, acting, and playing musical instruments at the age of 4. Also, she enjoys playing the ukulele, cooking, baking, reading, and practicing screenwriting. Besides her interest in musical instruments, she is also into archery.

Addison usually keeps in touch with her friends in Los Angeles and Louisiana. Moreover, she loves animals and has two rescue cats named Maddie and Hannah, two rescue dogs named Scout and Pippa, and a boxer named Coco.

Addison achieved experience through a variety of camps and workshops like the Kehoe-France and Drama Camp. Therefore, she was able to begin her career on stage, both in theatre and musical theatre. Then, she enrolled in the “John Robert’s Performing Arts Academy” in Metairie, Louisiana, in August 2011.

And, during her time with JRP Addison learned knowledge about performance. Similarly, in 2012, she won several awards through the I.P.O.P.’s convection. Therefore, the awards included “Child of the year and winner of the Child TV Beauty Commercial”.

Further, she starred in ‘How to Live with Your Parents’ by the age of 8, and in national commercials for Lunchables and Playstation. Then, she booked a pilot and became a series regular on Nickelodeon’s hit show, ‘The Thundermans.’ There, she played the role of Nora Thunderman. And, the show premiered in November 2013. And in 2016, it won the Favorite TV Show at the Nickelodeon Kids’ Choice Awards.

Further, Addison began production on the third season of ‘A Girl Named Jo.’ There, she stars as Cathy, alongside Annie LeBlanc as Jo. Moreover, it aired its first season in the summer of 2018. Likewise, she is also famous for her breakthrough role of Marie in the drama movie ‘The Beguiled.’ The movie was released in theaters on June 23, 2017, by Focus Features. 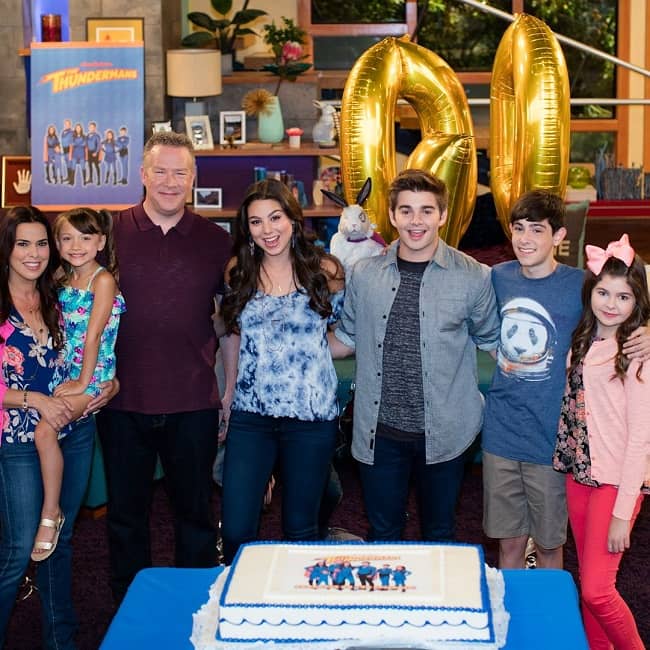 Caption: Addison Riecke’s picture with the cast of ‘The Thundermans’. Source: Instagram

In the year 2013, Addison raised over 4 thousand dollars for the Red Cross. Therefore, benefiting the victims of the Oklahoma tornadoes. Likewise, in 2014 she donated her birthday gifts to the children at L.A. Children’s Hospital. Likewise, in the following year, she requested pet supplies instead of birthday gifts and donated the supplies to the St. Tammany Humane Society.

Moreover, an avid supporter of anti-bullying, she presented an award at the 2015 NO BULL Teen Video Awards in August. Furthermore, she participated in Custom Ink’s 5th annual “Be Good to Each Other” campaign. To support PACER’s National Bullying Prevention Center. And also by designing an exclusive Celebri-tee for CustomInk with 100% of the profits from the shirts go to PACER.

Additionally, she has also been involved in local charities including Holidays for Kids, Hartley’s Heart Foundation, Children’s Hospital Los Angeles, St. Tammany Hospital Foundation, STARC of St. Tammany, and The Food Bank of Covington. Addison is passionate about supporting not only through funding, but donating her time as well.

Likewise, in keeping with her love of philanthropy, she recently raised over 10 thousand dollars for Write Brain Gives. Therefore, her passion for reading and writing inspired her involvement, keeping in mind the importance of putting pen to paper and using your imagination.

Addison doesn’t reveal any data regarding her boyfriend or her love life to the media. As of now, she mostly spends her time with her friends and family. However, as per her Instagram posts, it seems like she is dating a handsome boy named Justin Russxll. 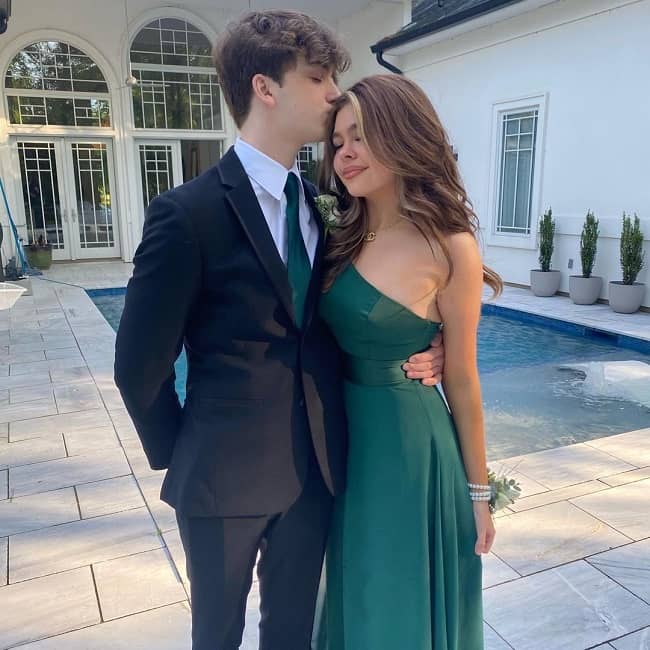 This beautiful actress stands at a height of 5 feet 4 inches. Similarly, Addison weighs around 50 kilos. She has a lean, curvy, and fine body figure. Therefore, her chest-waist-hip measurements are 32-28-32 inches respectively. Addison wears number 6 (US) or 7 (UK) in shoe size. Moreover, the gorgeous eyes Addison has are dark brown in color and she has blonde hair. 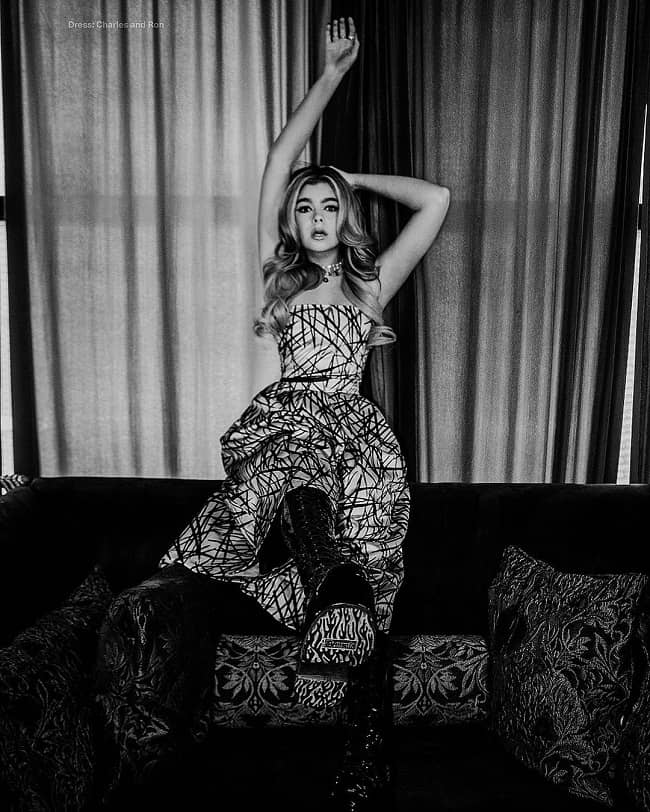 She is a rising and famous actress. Addison might make a good income from her professional career. Therefore, her net worth is $10 million as of 2021.