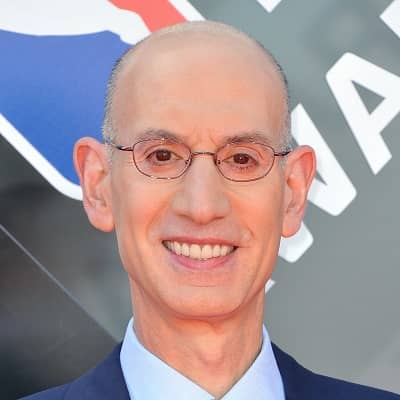 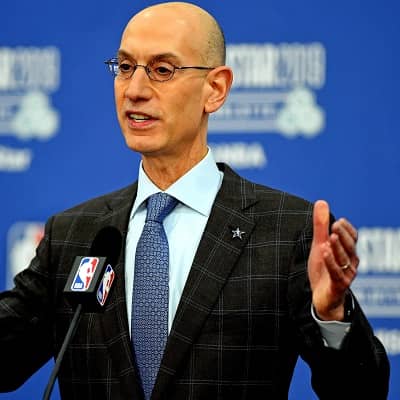 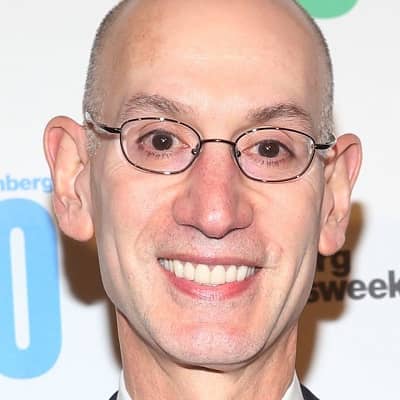 Adam Silver was born on 25 April 1962 and he is currently 60 years old. He is originally from Rye, New York, and his zodiac sign is Taurus. Talking about his family, Silver’s father was Edward Silver who was a lawyer specializing in labor law. Likewise, his father was also a senior partner at the law firm Proskauer Rose. Also, his family was Jewish-American.

Regarding his educational journey, Silver attended Rye High School from where he graduated in 1980. Following this, he attended Duke University. There, Silver was a member of the Phi Delta Theta fraternity. He graduated with a Bachelor of Arts degree in political science from this institution in 1984. Furthermore, this personality went to the University of Chicago Law School and graduated in 1988 with a J.D. degree.

Professionally, Adam Silver is a famous lawyer as well as a sports executive. As a sports executive, Silver is famous as the 5th and current commissioner of the National Basketball Association (NBA). This journey with the NBA started in 1992. Since then, Silver has held various positions within the league.

During his time with NBA Entertainment, this personality was an executive producer of the IMAX movie Michael Jordan to the Max and the documentary Whatever Happened to Micheal Ray? Likewise, Silver also worked on the production side of Like Mike and The Year of the Yao. 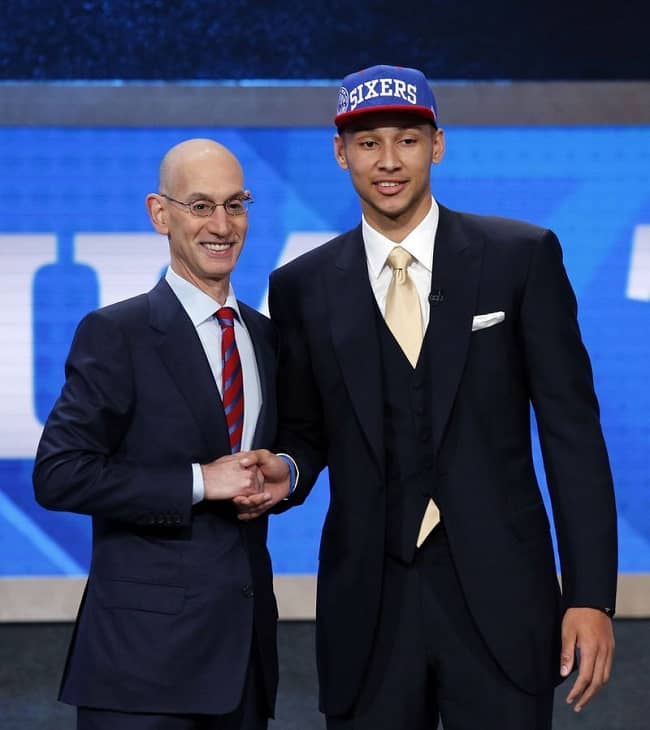 During this personality’s tenure in NBA, the league has continued to grow economically and globally. Moreover, this personality made headlines in 2014 for forcing Donald Sterling to sell the Los Angeles Clippers following Donald’s racist remarks. Later, he banned Donald for life from all NBA games and events.

Furthermore, on 11 March 2020, this personality made the decision to suspend the 2019–20 NBA season in reaction to the COVID-19 pandemic. Then on 4 June 2020, it was announced that the season would resume for 22 of the 30 teams in the NBA Bubble. Near the end of the regular season, this personality stated that the bubble was better than what they had envisioned.

Talking about his early career in the field of law, Silver worked from 1984 to 1985 as a legislative aide to Les AuCoin. Les was a member of the U.S. House of Representatives. After the completion of his law school, this personality spent one year as a law clerk for Judge Kimba Wood. Later on, Silver joined the law firm of Cravath, Swaine & Moore as an associate. 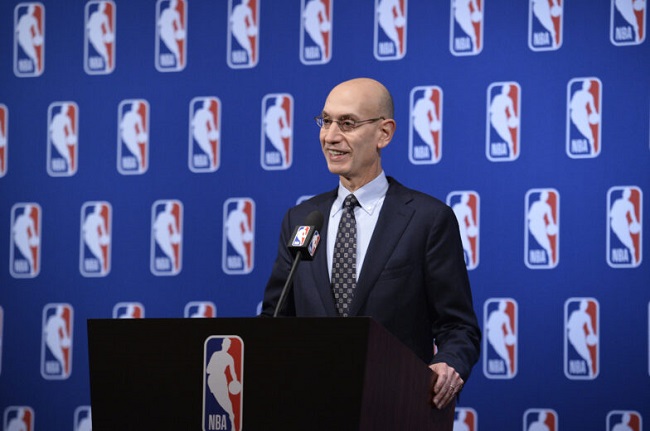 Caption: Adam Silver speaking at an event in 2018. Source: NBA

Adam Silver is a happily married guy. His wife’s name is Maggie and they tied the knot in the year 2015. His wife – Maggie Grise Silver – is an interior decorator as well as a designer. Further, his wife is originally from Standford, California. Further, the lovely couple has two daughters. The couple welcomed daughter Louise Burns Silver on 20 April 2017. Likewise, the family welcomed their second daughter in May 2020 but her name is not mentioned yet. 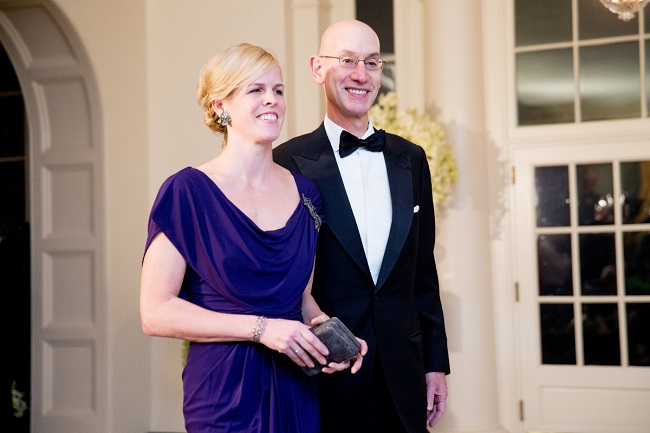 Caption: Adam Silver and his wife Maggie in a photograph from an event. Source: Fanbuzz

Adam Silver stands tall at an approximate height of 6 feet 3 inches or 191 cm and his weight is around 185 pounds or 85 kgs. Further, Silver has dark brown eyes and hair of the same color that has turned grey with aging.

Talking about his social media presence, Adam Silver is available on Instagram under the username @adamsilvernba. As of May 2022, this profile has garnered more than 461K followers from his more than 2050 post shares.

Likewise, this NBA commissioner has over 98.7k followers on his Facebook profile. Besides these, Silver doesn’t seem to have social media profiles on other platforms like Twitter, Youtube, Tiktok, etc. Moving on, NBA commissioner Silver has a net worth of around $35 million US dollars.