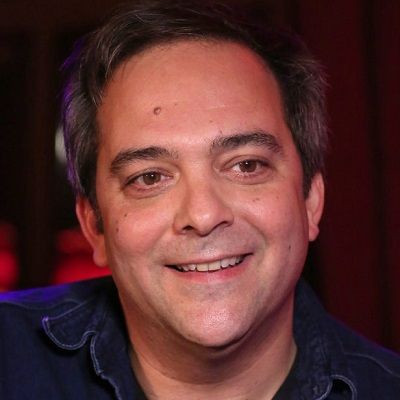 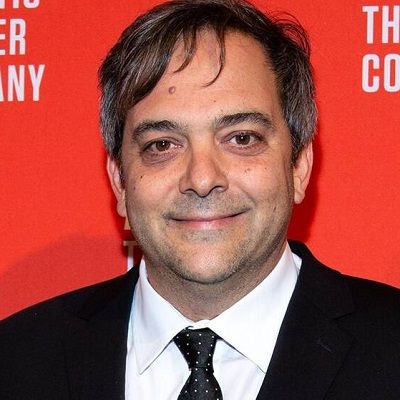 Adam Schlesinger was an American singer-songwriter. Adam Schlesinger also played various instruments and he was also a record producer, guitarist, bassist, keyboardist, and drummer. He lost his battle with COVID-19, the global pandemic caused by the SARS-CoV-2 coronavirus.

Death due to COVID-19 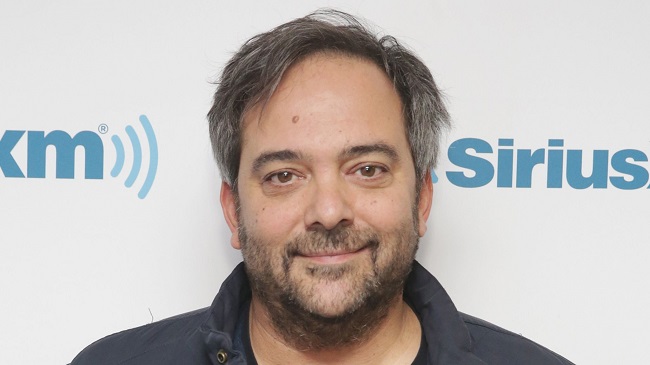 On 1 April 2020, Adam Schlesinger died of COVID-19 complications at a hospital in Poughkeepsie, New York amid a coronavirus pandemic in New York. Adam was only 52 years old when he passed away. He had been hospitalized and placed on a ventilator for over a week before his death.

Adam Schlesinger passed away on Wednesday morning as “Variety” reports. A statement from Adam’s family on the day before said that he was in a hospital in New York fighting the coronavirus that is creating the COVID-19 pandemic in the world.

“I knew him best as a mentor, and a friend. We must take this seriously. People are sick and dying. It is hard to stay locked indoors but lives will be saved. Take care of each other. Rest In Peace, my dear friend.”

The acclaimed songwriter Diane Warren added, “RIP Adam Schlesinger. Love and prayers to his family. Thank U for the songs.” Likewise, the singer-songwriter Nicole Atkins also paid tribute to the late songwriter and said:

“I’m heartbroken to hear about Adam Schlesinger’s passing. He was one of the first people I co-wrote a song with and we went on the road with Fountains of Wayne back in the day. He was really sweet and beyond talented. My heart goes out to his family and bandmates.”

Adam Schlesinger was on 31 October 1967 and he sadly passed away on 1 April 2020 at age 52 due to the complications of the COVID-19 pandemic. His parents are Barbara “Bobbi” (Bernthal), who is a former public relations executive, and Stephen Schlesinger.

Adam also has a sister named Laurie Rose and a cousin named Jon Bernthal. Jon is an actor popular for his roles as Shane Walsh on the TV series “The Walking Dead” and The Punisher/Frank Castle in Netflix’s “Daredevil and The Punisher”. Likewise, Adam is the grandson of Murray Bernthal who survived from 1911 to 2010. Murray was a musician and producer and he was long active in Syracuse, New York.

Likewise, Adam Schlesinger grew up in Manhattan and Montclair, New Jersey, and attended Montclair High School. Then he went on to gain a Bachelor of Arts degree from Williams College, majoring in philosophy.

Moreover, Adam was a founding member of the bands like “Fountains of Wayne”, “Ivy”, and “Tinted Windows”. He was also the key songwriting contributor and producer for Brooklyn-based synth-pop duo “Fever High”. 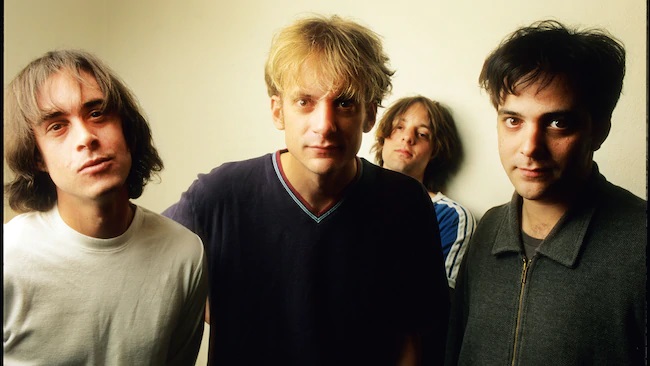 Caption: Adam Schlesinger with his bandmates of Fountains of Wayne. Source: 7News

Furthermore, Adam Schlesinger also composed Master of the Seas for the amination movie Ice Age: Continental Drift. Jennifer Lopez, Peter Dinklage, and several other artists performed this song. He also wrote and co-produced the title song to That Thing You Do!

Moreover, Adam also wrote and produced three songs for Music and Lyrics. Adam’s music has also been featured in films like Shallow Hal, Robots, There’s Something About Mary, Me, Myself & Irene, Josie & the Pussycats, Scary Movie, Art School Confidential, Fever Pitch, The Manchurian Candidate, Because of Winn-Dixie, Orange County, and Two Weeks Notice among many others.

Adam Schlesinger and The Daily Show executive producer David Javerbaum co-wrote the songs for Cry-Baby. It is the musical theater adaptation of the John Waters film of the same name. This adaptation debuted at the La Jolla Playhouse in La Jolla, California. It was back in November 2007. Previews for the Broadway run began at the Marquis Theatre on 15 March 2008 and its official opening night was 24 April 2008.

Moreover, Adam Schlesinger and Javerbaum also co-wrote the closing song I Have Faith in You for the latter’s play called An Act of God. This play opened on Broadway on 28 May 2015. Jim Parsons, Chris Fitzgerald, and Tim Kazurinsky performed this song.

Additionally, he also collaborated with Sarah Silverman on a musical called The Bedwetter. It is based on the latter’s book of the same name. Likewise, they set the musical for previews to begin on 9 May 2020. It was at the Atlantic’s Linda Gross Theater and its opening night was scheduled for Wednesday, 10 June 2020. 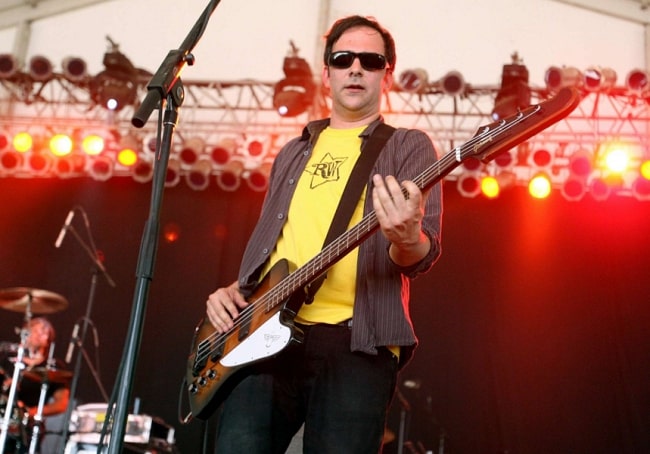 Adam Schlesinger and Javerbaum also collaborated for the opening number of the 2011 Tony Awards ceremony. It was It’s Not Just for Gays Anymore. Likewise, they also worked together for the opening and closing numbers of the 2012 Tony Awards called What If Life Were More Like Theater and If I Had Time. Neil Patrick Harris performed all these songs that Adam co-wrote with Javerbaum.

The duo also wrote TV Is a Vast Wonderland. It is the opening number of the 2011 Emmy Awards and Jane Lynch performed this song. Likewise, the two also wrote The Number in the Middle of the Show which Neil Patrick Harris, Sarah Silverman, and Nathan Fillion performed at the 2013 Emmy Awards.

Adam has also composed songs and theme music for additional shows like Comedy Central’s Night of Too Many Stars, Robert Smigel’s cartoons for Saturday Night Live, The Disney Parks Christmas Day Parade with Neil Patrick Harris, American Dreams, The In-Laws, The Man Show, Too Late with Adam Carolla, The Dana Carvey Show, John Leguizamo’s House Of Buggin’, My Kind of Town, and others.

Further, Adam also worked for the music of variety shows like Big Time Rush, The Howard Stern Show, and Stephen King’s Kingdom Hospital among others. Then for the 2011 and 2012 Tony Awards, the 2011 and 2013 Emmy Awards, the Billboard Music Awards, and the Comedy Awards too, Adam Schlesinger composed music.

The TV series he has worked for include Scrubs, The Hills, Gossip Girl, Melrose Place, Felicity, Roswell, etc. He also wrote songs for and was the executive music producer of the scripted comedy Crazy Ex-Girlfriend on The CW.

As a record producer and mixer, Adam Schlesinger worked with many varieties of artists like The Monkees, Fever High, Dashboard Confessional, Swirl 360, Tahiti 80, Motion City Soundtrack, Verve Pipe, Robert Plant, America, The Sounds, They Might Be Giants, Fastball, and many others. He also produces or co-produces five “Fountains of Wayne” albums and six “Ivy” albums.

Moreover, Adam Schlesinger was also in a side project band named “Tinted Windows” formed by guitarists James Iha, Taylor Hanson, and Bun E. Carlos, and recorded and toured with them in the years 2009 and 2010. Adam also contributed to Iha’s second solo album, Look to the Sky released in 2012. He was also the main composer and producer for Fever High. This is a Brooklyn-based synth-pop duo.

Adam Schlesinger has gained nominations for numerous awards and he has also bagged several of them. More precisely, he earned nominations for an Oscar, a Golden Globe, Tonys, Grammys, and Emmys. In the year 2019, Adam won the Emmy for outstanding original music and lyrics for Antidepressants Are So Not a Big Deal. It is from the TV musical drama Crazy Ex-Girlfriend.

Likewise, Adam has also won three Emmy. He won a Grammy in 2009 for his work on A Colbert Christmas: The Greatest Gift of All! Likewise, Adam’s Oscar nomination came in the year 1997 for writing the title track on That Thing You Do!, a musical-comedy film to which Tom Hanks contributed as a director. 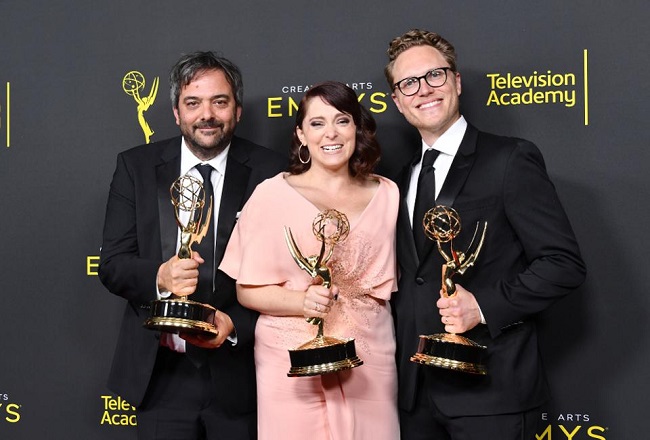 Adam Schlesinger accumulated a net worth estimation of approximately $2 million. He mostly earned it from his career before he passed away. This amount also comes from his lifetime of earnings through music composing, songwriting, and singing for movies, television, and theatres.

Adam Schlesinger married Katherine Michel on 30 January 1999. Katherine is a graphic designer and a Yale graduate. The lovers met in 1996 at WXOU Radio Bar. It is a bar that Adam Schlesinger used to frequent with “Fountains of Wayne” co-founder Chris Collingwood when they were starting the band.

Sadly, the lovers went their separate ways with the finalization of their divorced in the year 2013. The two have two daughters together. The girls’ names are Sadie and Claire. Likewise, he is survived by his parents, two daughters, a sister, and her partner, Alexis Morley.