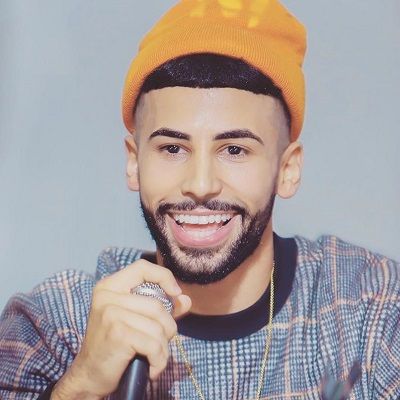 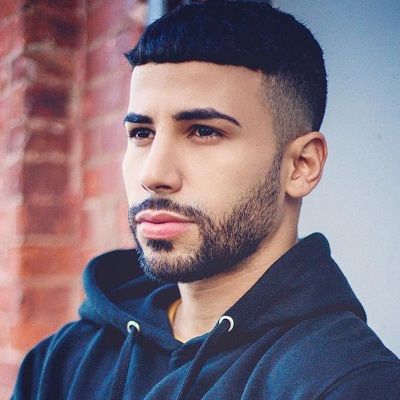 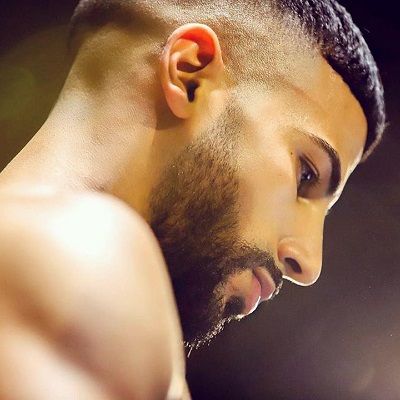 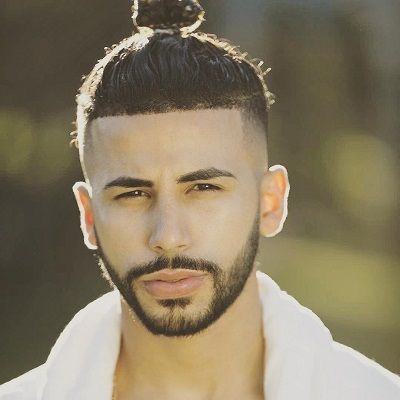 Adam Saleh is a Yemeni-American Youtuber and Singer. Adam Saleh owns two Youtube channels with over 2.5 million and 4.8 million subscribers respectively. As a singer, his work includes his debut song “Tears” and the album “Chapter II” among others.

Adam Saleh was born on 4 June 1993 and he celebrates his 29th birthday in 2022. He was born in Brooklyn, New York. His full name is Adam Mohsin Yehya Saleh and he is of Yemeni descent. His name in Arabic is written as ادم محسن يحيى صالح. Talking about his family, Adam is one of the six children born to Yemeni parents in the US. His younger brother’s name is Yousif and he has appeared on Adam’s Vine channel. Likewise, he has four nephews, Hamzah, Jamal, Yousif, and Mohsin, and three nieces, Haila, Reema, and Deena.

Talking about his educational journey, Adam went to Manhattan Center For Science and Mathematics High School during his first three years. But he transferred to Al-Madinah School during his fourth year. It was because he was expelled for hitting his dean’s computer. Adam did it as a response to his dean being racist towards his mother.

Adam later went to Melbourne, Australia, and went to school at Roxburgh College. However, he moved back to AL-Madinah as he said in his own words: “Australia just wasn’t doing it for my family anymore.”

His uncle died from a car accident just a few days before his cousin’s wedding. Adam describes his uncle as a very happy person and an important member of his family. When he passed away, it left their family in grief. The way his uncle had died had left an emotional scar as he has stated in the past that it is one of the reasons why he does not have a driver’s license. 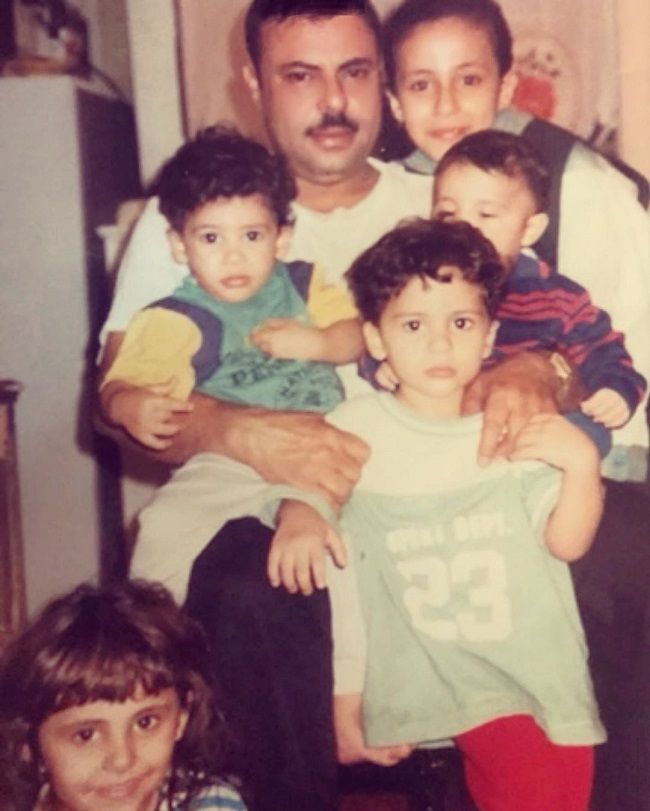 Caption: Adam Saleh with his family in an old photo. Source: Instagram

Adam Saleh is a social media personality. He is primarily a Youtube content creator and he has been described, both by himself and by multiple other sources, as a prankster. He started from practically nothing and had no support. Hence he started by making videos from his bedroom in 2012. His video content included skits, comedy shorts, and social experiments. These evolved 5 years later to a global following with viewers all over the world.

Adam has a combined audience of 4.82 million subscribers on YouTube and 1.5 million+ followers on Instagram. He also completed a sold-out UK Tour. It was as part of his world tour in 7 major cities. Adam has also several successful record singles which also include Tears. It is the most downloaded single on release.

He has also leveraged his success on YouTube to support many charitable events. Adam has also raised thousands of dollars for charity from the U.S. to the UK to Uganda and Pakistan. In doing so, Adam has raised awareness and funds for those in need.

Adam’s main career aspiration was to become a lawyer. He was also an amateur boxer with a 13-0 record. However, he had his fighting license revoked because of a street fight video gone viral on Worldstar. Adam later gained nationwide popularity when he appeared on Ellen’s show for his dancing antics.

The day he appeared on Ellen’s show, he had a final test. But he chose to appear on the show. Adam describes this event as the turning point in his career as a full-time Youtuber. Likewise, in the year 2019, Adam was featured in the documentary Free Trip to Egypt. He is also the founder of Winfinity Ent.

Adam created his first channel on 1st January 2012. This channel is now called “Adam Saleh” and has earned 261,337,324 views and 2.52M subscribers. However, it was previously called “TrueStoryASA” and he created it with his high school friends Abdullah Ghuman and Sheikh Akbar. Likewise, Adam calls his fans and followers ADOOMYGANG.

Adam Saleh also collaborated for another channel called 3MH with Sheikh Akbar, Karim Metwaly, and Slim Albaher. However, TrueStoryASA and 3MH split up in May 2015 and after this, Adam Saleh took over both the main and vlog channels. He then renamed them “Adam Saleh” and “Adam Saleh Vlogs”.

There was a lot of controversy about why the groups went separate ways. As per some rumors, it was between Adam and Sheikh and many fans blame his manager for the split. Since the split, Adam has created numerous videos as a solo YouTuber. Adam also appeared in American Sharia. It is an American buddy cop comedy-drama action film.

Adam first released the single Diamond Girl on 3 May 2015 and it featured Sheikh Akbar and Mumzy Stranger as a part of TrueStoryASA. Then on 16 August the same year, Adam released his debut solo single Tears featuring Zack Knight as a tribute to Adam’s cousin and her father, who was his dear uncle.

In September 2017, Adam Saleh released his debut album called Chapter II. This album included several collaborations with many artists like Waynak (with Faydee), Tsunami, All About Love, The Motto (with Kenyon Brown), All You Can Handle (with Demarco), etc. On 18 February 2018, Adam accepted the challenge to be KSI’s next boxing opponent. 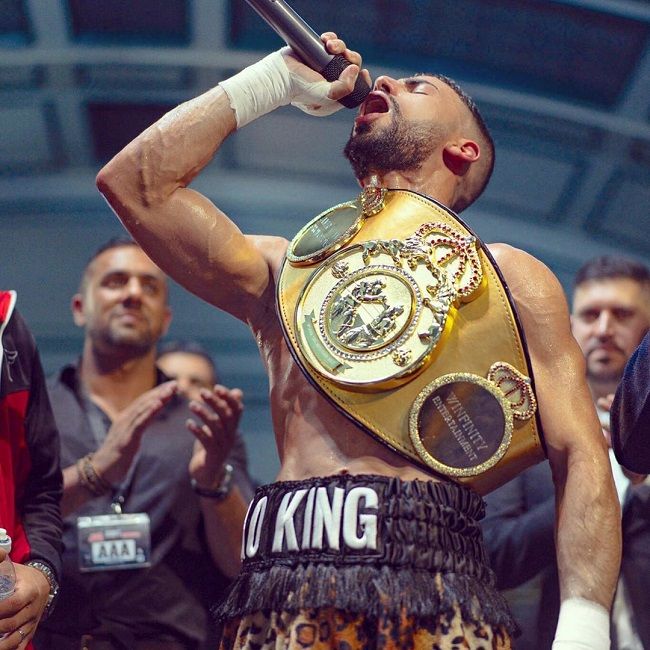 The prominent Youtube prankster has been in trouble due to several of his staged videos. One of them is the video titled Racial Profiling Experiment uploaded in October 2014. In this video, Adam and Sheikh Akbar argued with each other in front of a police officer wearing western outfits. However, the cop ignored them, and shortly thereafter, Adam and Sheikh fight again while dressed in traditional clothes. This time, the cop stops them and behaves rudely.

This particular video received over 200,000 views on YouTube and various media also picked the video. The public reacted to the video and it was directed against the police officer. Later, the Youtuber clarified that it was staged to recreate previous events that occurred. He added that he created this to create an example to others about how these things can happen to people on the streets only if they are dressed in a “different” way.

The New York chapter of the Council on American–Islamic Relations (CAIR) demanded an apology from Adam and his friend. They also tweeted out this video as an example of discrimination against Muslims and also added:

“Muslims are already under the microscope and to do this just to gain some cheap publicity is totally unacceptable. There should be no attempt to justify it; they should just apologize and ask people to forgive them for their irresponsible actions.”

In another of his YouTube video, Adam claimed that he flew inside a suitcase in the baggage hold on a Tigerair flight from Melbourne to Sydney. However, Melbourne Airport security footage proved otherwise! They produced the video showing him boarding the plane with the airline and they also added that a bag of his weight would not be loaded on the plane without investigation. And the passenger in the plane’s cargo hold won’t emerge sweating.

Likewise, in the video posted in December 2016, Adam claimed that Delta Air Lines removed him from a flight at Heathrow Airport for speaking Arabic. However, other passengers spoke out and claimed that he was disturbing other passengers. Delta’s statement stated that Adam was shouting and provoking others. Adam’s claim caused a debate over the “Right to Fly”.

Then again in 2018, Adam along with many other YouTubers was involved in a BBC Trending investigation. It was for promoting the website “EduBirdie”. This website lets users buy essays, thus promoting cheating.

Adam Saleh stands at a height of 5 feet 7 inches and weighs around 65kgs. Other body measurement details like his chest-waist-hip measures, biceps, dress size, shoe size, etc are unknown. Likewise, Adam has black-colored hair and eyes of the same color. 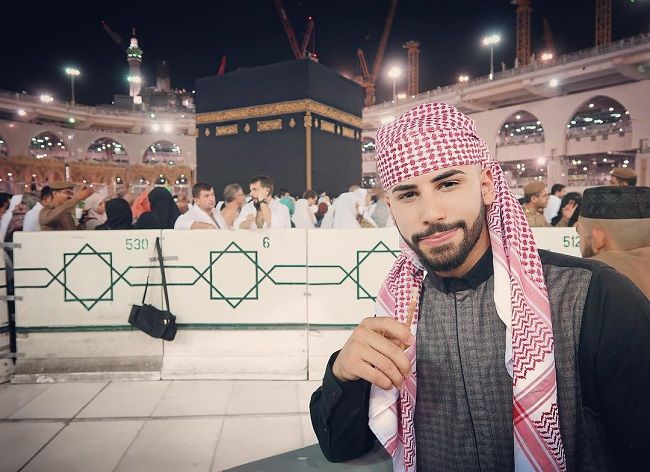 We can also contact him at [email protected] for business inquiries. Moving on, Adam Saleh has a net worth estimation of $3.5 million mainly earned through his two YouTube channels.