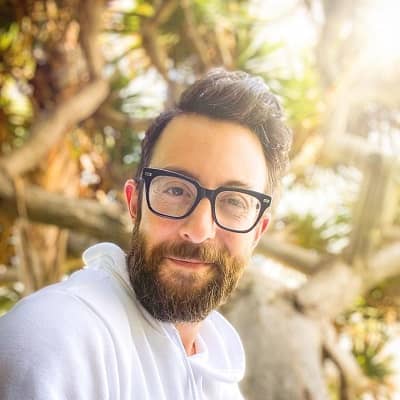 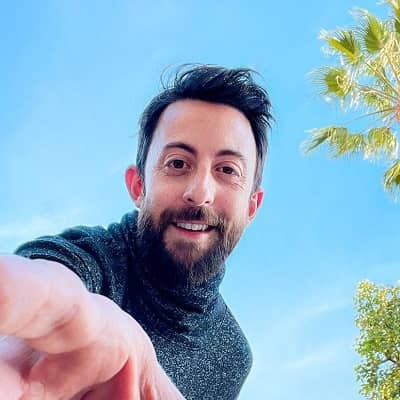 Adam Rose is a prominent American actor, writer, and social media sensation. Adam Rose is famous as the “blue cardigan guy” on various social media platforms including YouTube, TikTok, Instagram, Twitch, and Twitter among others.

Adam Rose was born on July 24, 1987, and he is currently 34 years old. Adam hails from Jerusalem, Israel, and his zodiac sign is Leo. Talking about his family, Adam’s parents were a would-be Rabbinical cantor and an opera singer. Regarding his educational journey, Adam studied the dramatic arts at New York’s famed LaGuardia High School of the Performing Arts. 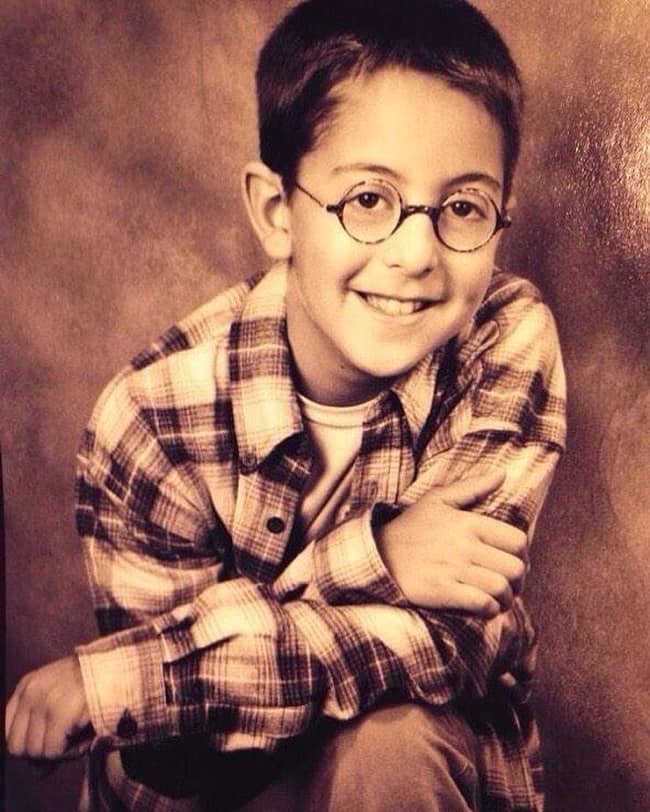 Professionally, Adam Rose is a popular actor as well as a social media sensation. Adam is best recognized for his @realadamrose TikTok account. In this Tiktok account, the actor posts comedic content and has gained over 3 million followers on this lip-syncing and video-sharing platform.

Adam appeared in the TV series Casualty and also guest-starred on the hit TV show Supernatural. Further, the actor often collaborates with actress Ashley Tisdale on his TikTok account. Moreover, Adam Rose debuted with Deconstructing Harry playing opposite actors Robin Williams and Julie Kavner. The aforementioned is the film by Woody Allen.

Likewise, Adam’s mother was an opera singer and hence he embraced music at an early age. Adam also excelled at Tap, Jazz, Ballet, and martial arts. At a similar time frame, the actor was also cast as the voice of Peanut for three years. Adam’s voice was for the title character on PB & J Otter. It is a cartoon on the Disney Channel.

Subsequently, Adam performed under the direction of Michael Mayer alongside Kristen Johnston and John Pankow. They worked together for Baby Anger by Peter Hedges. Director Michael Mayer is also famous for his work on Spring Awakening and Thoroughly Modern Millie. Adam successfully portrayed the role of a young boy with cancer. Hence, this subsequently led to guest spots on TV’s Ed and Third Watch. 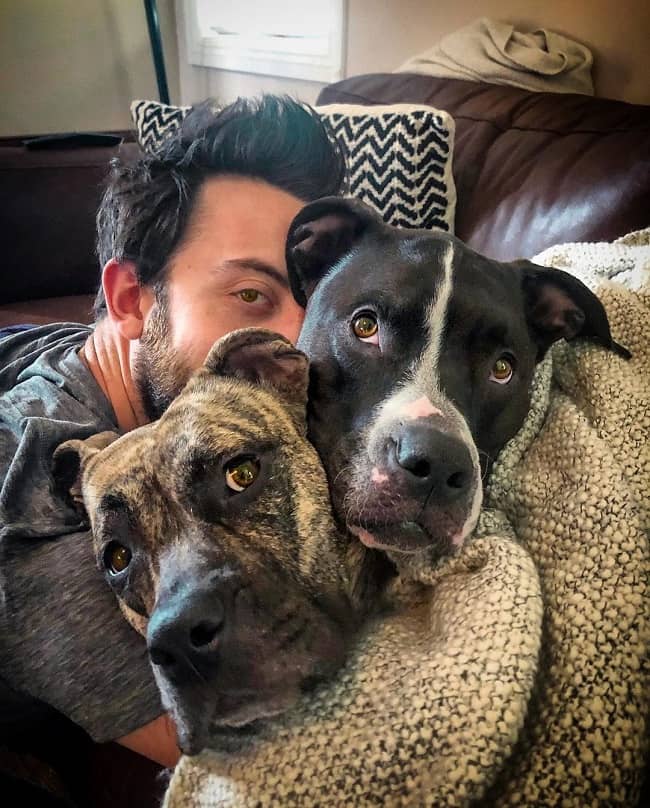 Caption: Adam Rose posing for a photo with his pets Oona and Chaplin. Source: Instagram

Furthermore, Adam developed a passion for live theater and eventually landed a role on stage with Theodore Bikel in The Gathering. The famous actor also went on tour with three consecutive productions. This included the pre-Broadway tour with Hal Linden. Throughout his time on stage and in recording booths, Adam continued to grow his love for dance.

At the young age of 15 years, Adam Rose became the youngest to ever teach dance at the renowned Broadway Dance Center in New York. While continuing to study the dramatic arts at LaGuardia High School of the Performing Arts, the actor also appeared on the hit series including The Sopranos and The Hebrew Hammer. The latter is a Comedy Central movie that also stars popular actor Adam Goldberg.

Soon after, Adam Rose had the honor of working with Noah Baumbach, Jeff Daniels, Laura Linney, and Anna Paquin. They all worked together in the Oscar-nominated The Squid and the Whale. In this, Adam Rose played the role of Otto – the best friend of Walt. The character Walt is played by Jesse Eisenberg in this project. 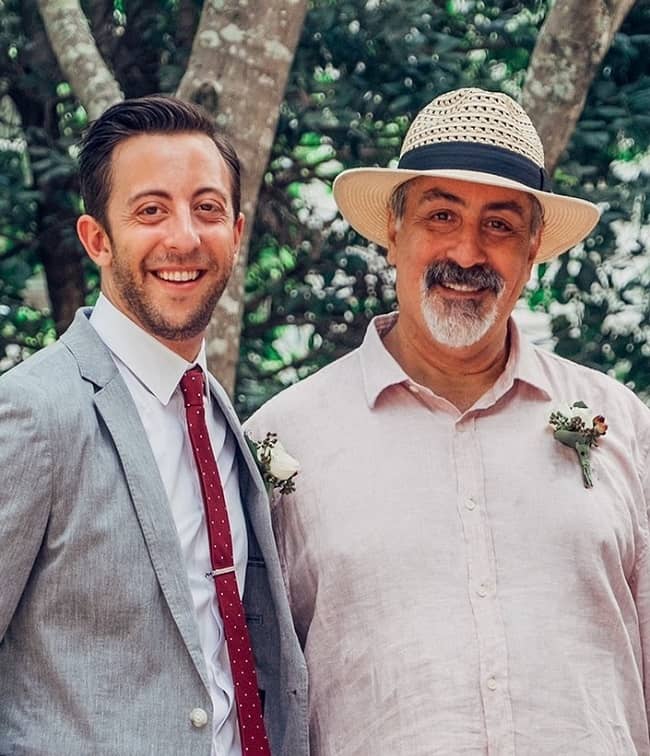 Caption: Adam Rose posing for a photo with his father. Source: Instagram

At high school, Adam Rose studied Shakespeare, character study, dialects, clowning, vocal and dance training, and all other school subjects for four consecutive years. After the completion of his high school, actor Adam was ready to head west.

His role in the production of Dead End aided the exodus. The director of the aforementioned project is Nicholas Martin. Moreover, this project was played at the Ahmanson Theater in Los Angeles’ famous Music Center. Adam Rose starred as Angel – one of the Dead End Kids. The actor also worked alongside popular personalities like Jeremy Sisto, Tom Everett Scott, Joyce Van Patten, and Kathryn Hahn among others.

The actor also appeared in HBO’s Voyeur Internet project later on. The aforementioned project’s director is Jake Scott. Soon after this, Adam earned a role in Kenneth Lonergan’s Margaret. Adam once again found himself on-set with Anna Paquin. The actor also shared the platform with Matthew Broderick, Matt Damon, Mark Ruffalo, and Kieran Culkin among others.

While he was still acclimating to life in LA, Adam Rose continued to make appearances on many hit TV shows. Furthermore, Adam also played a brief role in Santa Clarita Diet. Adam also appeared on Merry Happy Whatever in November 2019. The main casts of this comedy streaming TV series including Adam himself are Dennis Quaid, Bridgit Mendler, Brent Morin, Ashley Tisdale, Siobhan Murphy, Elizabeth Ho, and Hayes MacArthur. He played the role of Todd in this series. Todd is Don’s Jewish son-in-law and Patsy’s husband, who tries to impress Don unsuccessfully.

Adam Rose married his lover Joanna Rose on July 7, 2018. The lovers have continuously shared photos featuring each other on their personal Instagram accounts for a long time. Recently in March 2021, Adam and Joanna announced that the couple was actually expecting their first child, a son in June 2021. 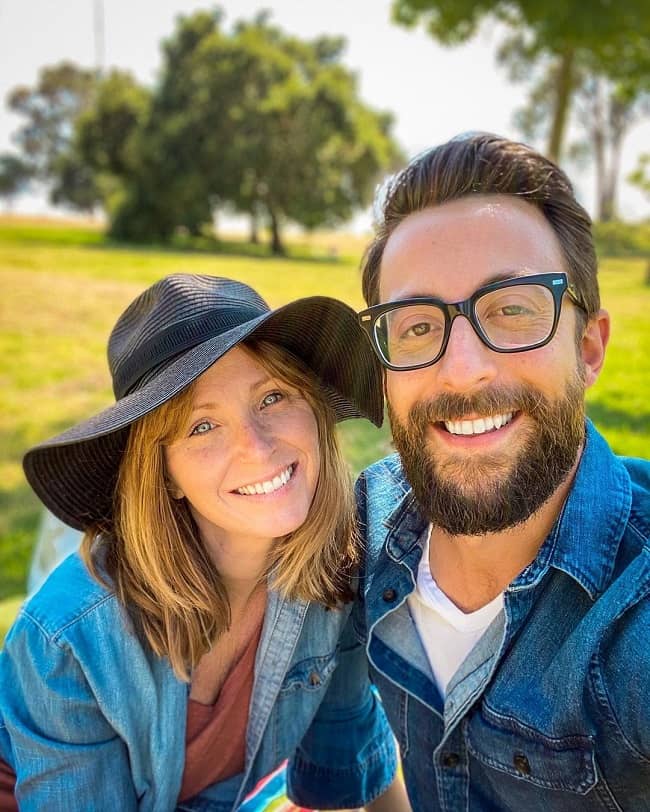 Adam Rose stands tall at an approximate height of 1.78 meters or 5 feet 8 inches. Other than this, there is no further information regarding actor Adam’s other body measurement details including his weight, chest-waist-hip measures, biceps, dress size, shoe size, etc. Moreover, Adam Rose has brown eyes and hair of the same color. Moreover, the actor also usually sports a short beard.

Talking about the actor’s social media presence, Adam Rose is available on Instagram under the username @realadamrose. As of April 2021, Adam has shared exactly 2,071 posts and earned over 299k followers on his personal Instagram account. The actor then joined Twitter in March 2009 and so far has over 55.4K followers on his @realadamrose account. 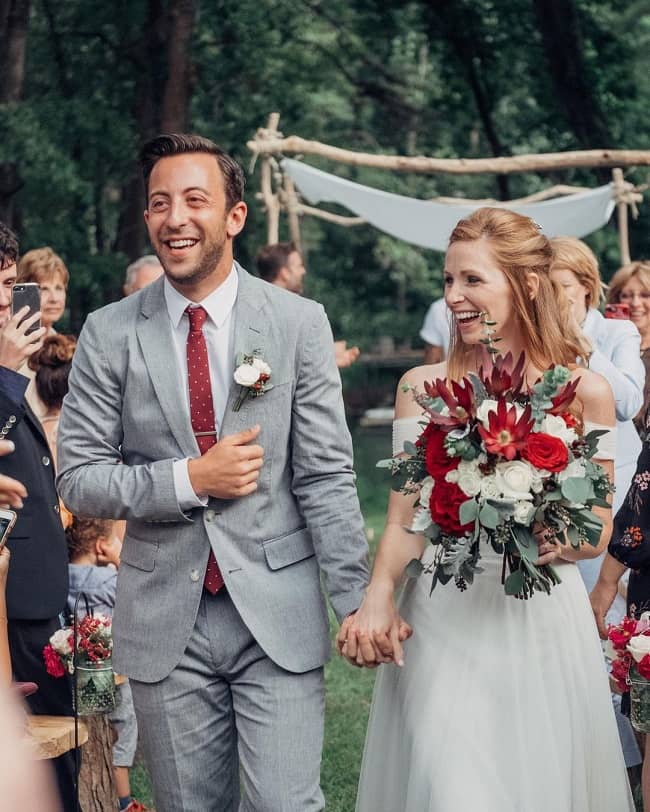 Similarly, the actor also has a personal account on Tiktok. Adam’s username on Tiktok is @realadamrose. So far, this account boasts 3.1 million followers and more than 108.1 million likes. We can also send him mail at 4858 W. Pico blvd #243; Los Angeles, CA 90019. Furthermore, Adam is also active on Twitch with 7.7K followers on his @realadamrose account.

Moreover, the actor also created his “Adam Rose” Youtube account on June 27, 2006. So far, this account has garnered 5 million views and 85.6K subscribers. Moving on, Adam Rose has an approximate net worth of $2.5 million dollars.