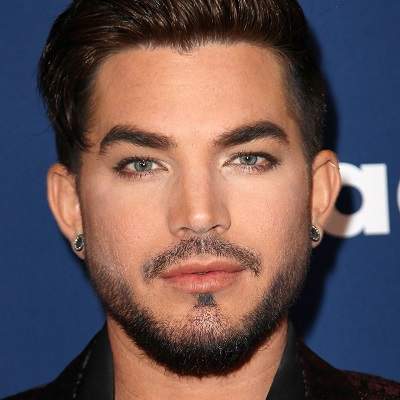 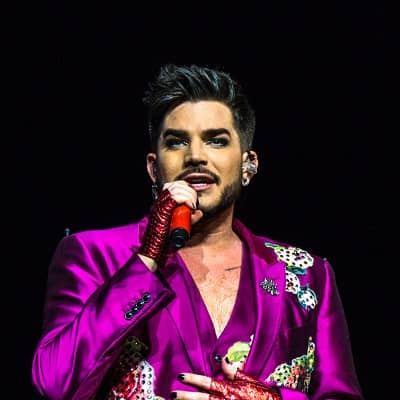 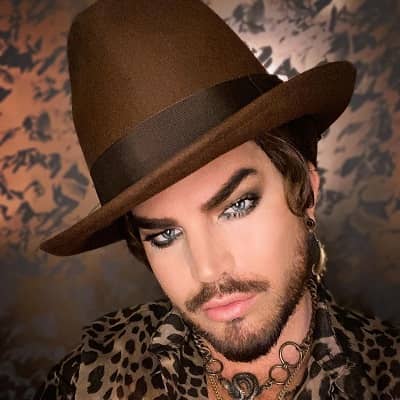 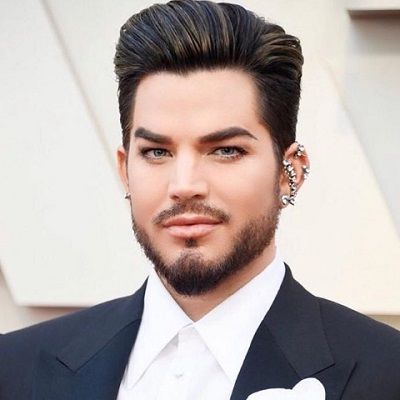 Adam Lambert is a young and talented American singer-songwriter and actor. Adam Lambert gained immense fame after he won 2nd place in American Idol 8 as well as when he became the vocalist for Queen + Adam Lambert.

Adam Lambert was born on January 29, 1982, and he is currently 39 years old. He hails from Indianapolis, Indiana, and his zodiac sign is Aquarius. Likewise, his middle name is Mitchel. Similarly, his mother’s name is Leila and she is a dental hygienist. Whereas, his father’s name is Eber Lambert and he is Novatel Wireless’s program manager. Also, he has a brother namely Neil.

Talking more about his family, his mother is Jewish with roots in Romania whereas his father is of partial Norwegian descent. Therefore, he has an ethnic background of Norwegian-Romanian.

Regarding his educational journey, he studied at Mesa Verde Middle School and later in Mount Carmel High School. After this high school graduation in 2000, he attended California State University that is located in Fullerton. However, five weeks later, he left the university and moved to Los Angeles. 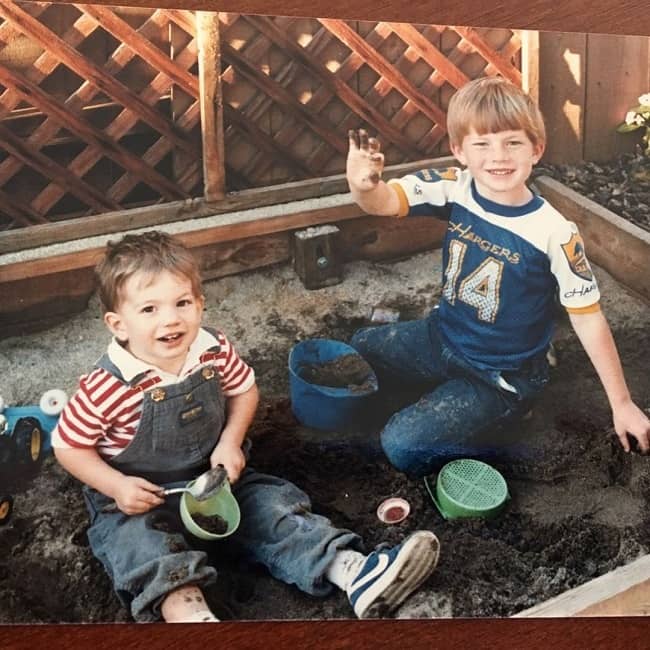 Caption: Adam Lambert in a childhood photograph with his brother. Source: Instagram

Professionally, Adam Lambert is an actor and singer-songwriter. He began his journey in the music industry in the year 2001. The singer has sold more than 3 million albums and 5 million singles worldwide, starting from the year 2009.

He gained immense fame in the year 2009. This was after the singer won 2nd place on American Idol – Season 8. The same year, the singer made his official debut as a singer with his album – For Your Entertainment. This album includes the Grammy-nominated single Whataya Want from Me. This single received the nomination for the category “Best Male Pop Vocal Performance”.

He is a solo artist but has also collaborated with the popular rock band “Queen”. He is the lead vocalist for their joint venture – “Queen + Adam Lambert”. This journey began in the year 2011. “Queen + Adam Lambert” has toured several countries around the world starting in 2014 till 2020. 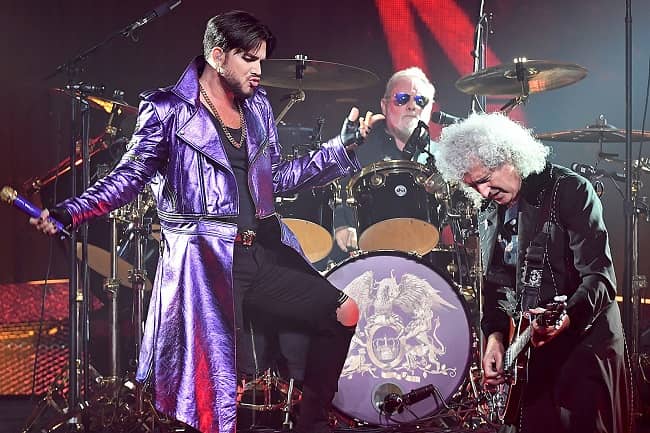 Moreover, the band’s 1st album is Live Around the World and they released it in October 2020. Besides being a singer, he is also a philanthropist. In 2019, he became the founder of Feel Something Foundation. It is a non-profit foundation.

He began performing from the young age of 9 years. It was with the Metropolitan Educational Theatre network. After a few years, the young performer started having more intense acting and vocal coaching. Amid all this, he still continued to perform with both MET2. Moreover, he was also involved with the Broadway Bound Youth Theatre Foundation.

During this high school, he was heavily involved with theater and choir. He also performed with the school’s jazz band lending his vocals. Similarly, he took part in the local Air Bands competitions. He also appeared in local professional productions. Some of the local productions that he starred in include The Music Man, Camelot, Chess, Hello, Dolly!, Grease, and Peter Pan. 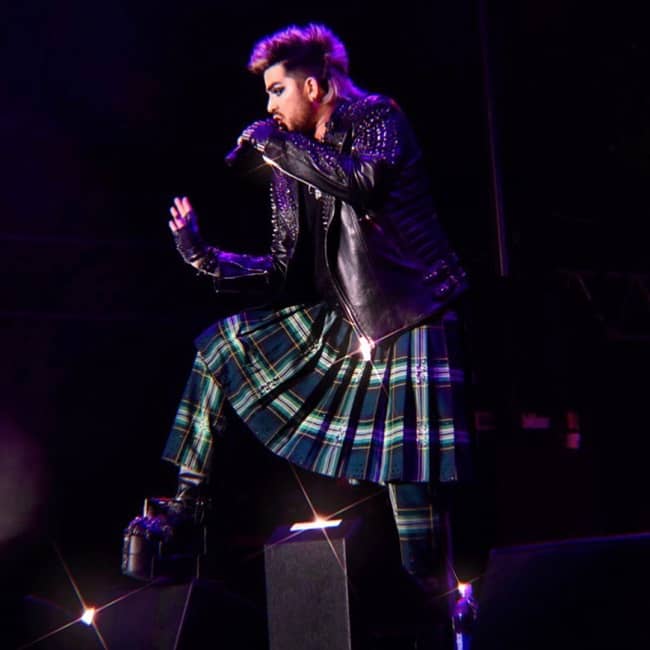 Adam Lambert is an openly gay personality. Likewise, he is romantically involved with Oliver Gliese. There are reports that the two were first seen together in November 2020. Recently, the couple has been sharing a few more photographs featuring each other on their respective Instagram profiles.

Previously, the Queen collaborator was in a romantic relationship with Sauli Koskinen. They were together from November 2010 until April 2013. Sauli is a popular entertainment reporter and reality TV personality from Finland. After this, he dated Javi Costa Polo from March 2019 to November of the same year. 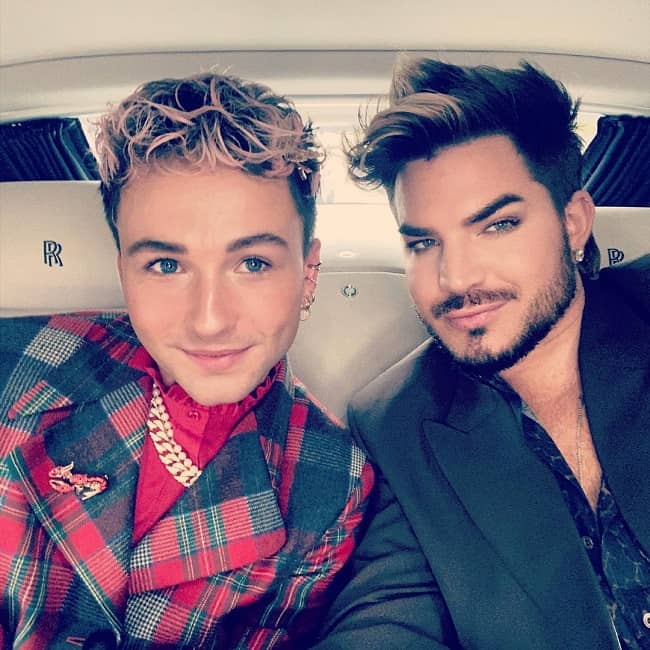 Caption: Adam Lambert posing for a photo with Oliver Gliese before their date. Source: Instagram

Adam Lambert stands tall at an approximate height of 6 feet 1 inch or 1.85 meters and his weight is around 172 lbs or 78 kgs. Other than this, there is no further detail regarding the popular singer’s other body measurements like his biceps, dress size, shoe size, chest-waist-hip measures, etc. Moreover, the popular singer has dark brown hair and mesmerizing green eyes.

Likewise, the singer has more than 4.6 million people following his journey on Facebook. He then created his “Adam Lambert” Youtube channel on December 4, 2013. So far, this channel has over 630.5 million views and 1.52 million subscribers as of August 2021. Moving on, he has a net worth estimation of around $30 million US dollars.