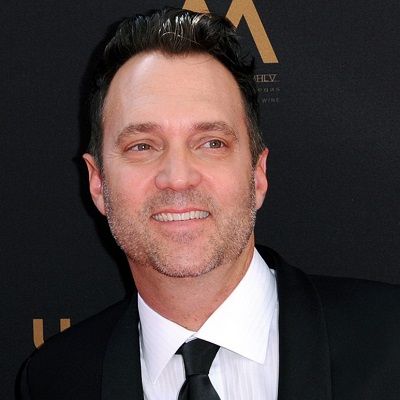 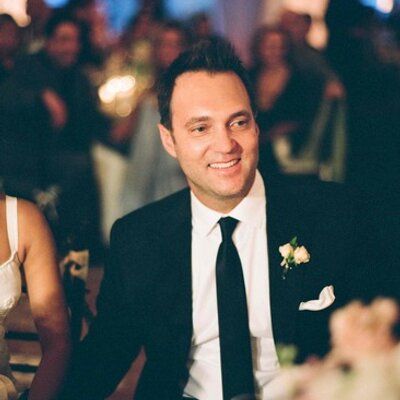 Adam Housley is an Emmy, AP, and RTNDA Award-Winning American journalist working as a senior correspondent at Fox News Channel. Adam Housley formerly was a professional baseball player and currently owns a winery.

Adam Housley’s full name is Arthur Adam Housley and he was born on 13th August 1971 in Nepa Valley, California. He is the younger son of Art Housley and Judy Housley. Moreover, Adam’s older brother Arik Housley and father have appeared in the tv show, Fox and Friends. Adam was the godfather of his brother’s daughter Alaina. Unfortunately, she was a victim of the mass shooting at the Borderline Bar in Thousand Oaks, California on November 10, 2018, at the age of 18. Moreover, Adam is also an uncle and godfather of Alaina. 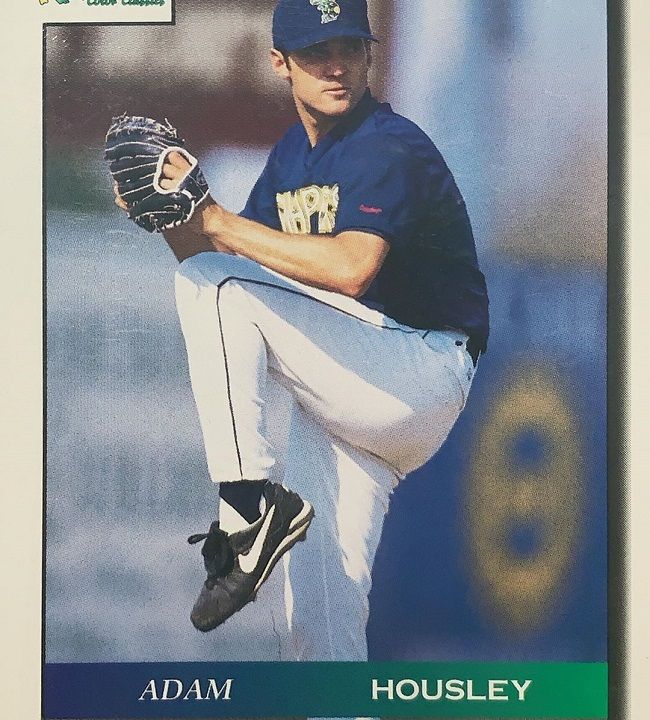 Adam has achieved a double bachelor’s degree in political science and telecoms both from Pepperdine University. Moreover, he completed his masters from the University of Arizona in International Relations.

Prior to being a journalist, Hosley was a professional baseball player. As a graduate of Pepperdine University, he played on the 1992 National Champion College World Series baseball team. Similarly, he was a pitcher and a hitter for the Junior Olympic All-American Baseball team.  Moreover, he continued playing baseball for the Milwaukee Brewers and the Detroit Tigers.

Housley’s Journalism career started in the year 1997, as a live reporter for KCPM-TV (NBC) in Chico, California. During his short time in Chico, he had covered a wanted 50,000-acre arsonist. Consequently, he won the California Department of Forestry Award. After that, between 1998 and 2000, he leads a KFTY-TV reporters team at an independent station in Santa Rosa, California.

In the following year, Housley served at KTXL-TV (Fox) in Sacramento, California. He worked there as a reporter for 3 years. Even in this short course of time he stood out as an excellent reporter and won the 2001 Regional Associated Press Reporting Award and a Regional Emmy Award.

As a journalist, Housley has done a lot of commendable work. During the Iraq War, he actively reported from Kuwait, Iraq, Bahrain, Jordan, and the Persian Gulf. Moreover, he was invested in covering the War on Terror from Pakistan and the West Bank, and Gaza Strip in Israel. In addition, for the 2003 Arnold Schwarzenegger’s campaign, he leads the FNC reporters team and covered 6 hurricanes.  Moreover, Housley was one of the few selected reporters to witness the 2005 execution of gangster Stanley “Tookie” Williams. 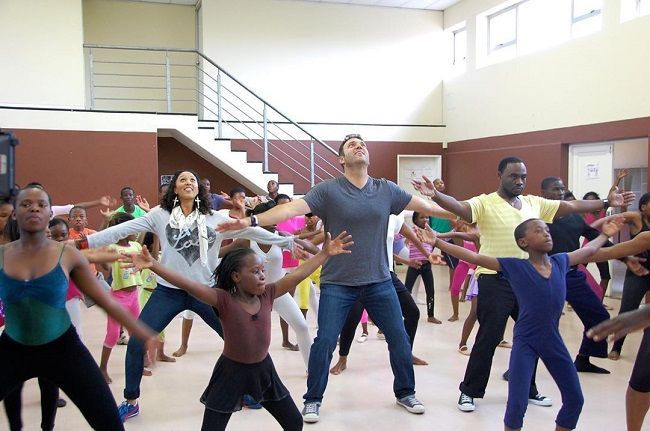 Continuing the amazing work that he has done, Housley had covered Latin America’s war against drugs from six different countries. He even scored an exclusive interview with Sandinista leader Daniel Ortega. Similarly, he was among the first correspondents reporting the Haiti earthquake 2010 and the Japan Earthquake and tsunami.

Housley never stepped back from his job, no matter how dangerous it was. He was brave enough to report the shooting at the Los Angeles International Airport and the 2015 terrorist attack in San Bernardino. Similarly, he covered the Chilean mining accident 2010 and Florissant Avenue fire 2014 for Fox.

Housley has been best at what he does. His work has been recognized and awarded. In 2001, Housley won the Regional Associated Press Reporting Award and a Regional Emmy Award. Similarly, during his days as a live reporter for KCPM-TV (NBC) in Chico, California, he captured a wanted 50,000-acre arsonist. For this, he received a California Department of Forestry Award.

Housley has invested many years of his life in baseball and in Journalism. His long-running career has dramatically helped him grow his lifestyle. Besides, he also owns a Winery which is a good source of income too. By 2019 he had earned a net worth of $3 million. Similarly, his yearly salary at the Fox ranges between $50k to $100k.

Housley is married to Sister, Sister actress, Tamera Mowry. The couple tied the knot on May 15, 2011. Currently, Spouse Mowry is the co-host of one of the famous American talk show- The Real. On November 12, 2012, the couple welcomed their first child, Aden John Tanner Housley. Similarly, they had their second child, Ariah Talea Housley, on July 1, 2015. 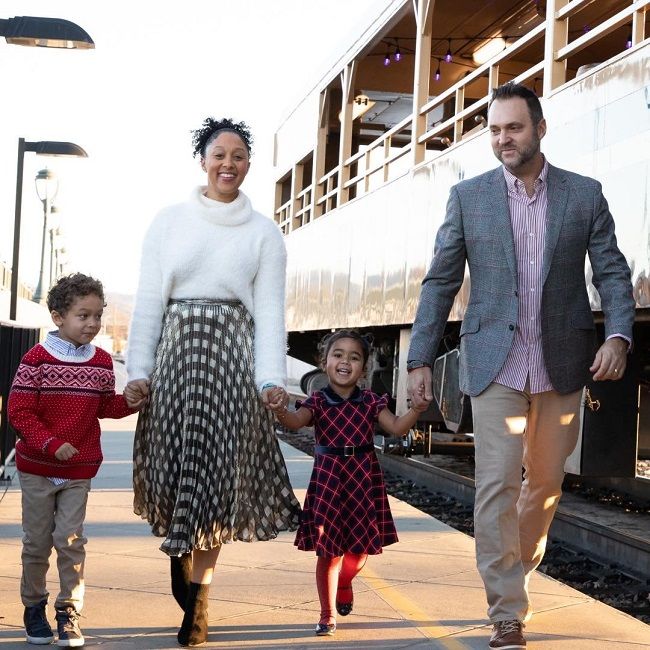 “The fact that, in this day and age, we get attacked for our interracial relationship is beyond sad, … it is pathetic. Yes I am white. Yes she is half black. Marrying a white man does not erase her color, and marrying a woman who is half black does not mean I am blinded. The problem isn’t pigmentation; … the problem is backwards, bigoted thought from people who should know better.”

Moreover, in 2016, the pair even won the Celebrity Cupcake Wars on Food Network. Their jalapeño cornbread, chocolate cabernet, and vanilla port cupcakes beat out three other teams for the title. However, they donated the prize money to the charity Snowball Express that helped the children of fallen US military members.

The major controversy Housley has had to face is due to his interracial marriage. The couple has been receiving unsolicited opinions about their relationship. Regardless, the couple has been there for each other and happily living together.

Moreover, the Fox journalist was accused of being a racist. But he spoke in his defense, stating he was not a racist or insensitive and loved people from all walks of life.

The former baseball player stands 6 feet and 3 inches tall in height. Although it can be assumed that he was fit during his baseball days, his recent body stats are unavailable. However, he has attractive blue eyes.

An award-winning TV journalist and a former sportsman is sure to have a huge fan following on social media. Housley shares his personal and professional life events on Facebook, Instagram, and Twitter. He has the highest followers on Instagram that counts 384 thousand. Similarly, he has earned 109.4k followers on Twitter and 5.7 k on Facebook.

Moreover, he joined Twitter in September 2008 and so far has shared 1594 posts on his Instagram account. He also has a youtube channel titled The Housley Life. He created it on July 12, 2019, and so far has 8,574,537 views. It is a family channel and we can contact them for any kind of queries at [email protected]