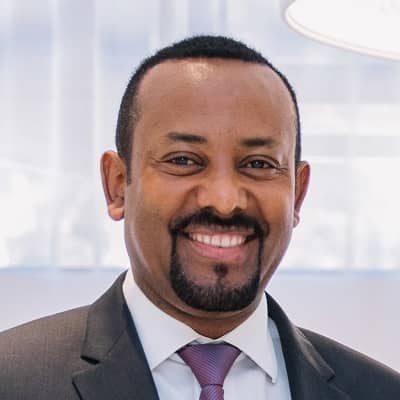 Abiy Ahmed is an Ethiopian politician who is currently serving as the 4th prime minister of Ethiopia since 2nd April 2018. Likewise, Abiy Ahmed earned the  2019 Nobel Peace Prize.

Abiy Ahmed Ali best known as Abiy Ahmed was born on the 15th of August, 1976, in Beshasha, Kaffa Province, Ethiopia. According to his birth date, he is 46 years old and holds Ethiopian nationality.

He is his father’s 13th child and his mother’s sixth and youngest child, the fourth of his father’s four wives. His given name as a child was Abiyot which means Revolution.

Talking about his academic background, he went to the local primary school and later continued his studies at secondary schools in Agaro town.

In 2001, while still serving in the Ethiopian National Defense Force, he earned his degree in computer engineering from Addis Ababa’s Microlink Information Technology College.

Abiy Ahmed was a member of the Oromo Democratic Party (ODP) and had engaged in the revolt against Mengistu Haile Mariam’s regime before obtaining official military training from the Assefa Brigade and being positioned in West Wollega in the communications and intelligence department.

He became a member of the Ethiopian Defense Forces from 1993 to 1995, when he became part of the UN Peacekeeping Force to Rwanda. In 2008, he co-founded INSA, Ethiopia’s Information Network Security Agency, where he held many positions, including acting director for two years. He continued to serve with the Defense Forces.

He resigned from the military in 2010 to pursue a career in politics. Beginning as a member of the ODP, he moved up to become a member of the executive committee of Ethiopia’s ruling coalition, the Ethiopian People’s Revolutionary Democratic Front (EPRDF).

Soon after being elected as a Member of Parliament (MP) in 2010, he was charged with establishing the ‘Religious Forum for Peace.’ The meeting was critical in restoring peaceful interaction between Christians and Muslims.

He was appointed Director General of STIC (Science and Technology Information Centre) in 2014 and was re-elected MP from his home district of Gomma the following year. His fight against violent land grabbing brought him to the forefront, portraying him as a brave and decisive leader.

He became Ethiopia’s Minister of Science and Technology in October 2015 and served in several high-level positions until he succeeded Hailemariam Desalegn as Chairman of the EPRDF.  On April 2, 2018, he was voted in as Ethiopia’s Prime Minister.

After being Prime Minister of Ethiopia

As Ethiopia’s Prime Minister, one of his first actions was to release more than 7600 prisoners, including opposition party Ginbot 7 leader Andargachew Tsege. Furthermore, he made it possible for exiled dissidents to come home by modifying the country’s anti-terrorism laws.

On June 4, 2018, the Parliament approved his request to lift the state of emergency four months into the six months, citing the country’s better domestic situation. To enhance the country’s economy, he proposed establishing an Ethiopian stock exchange and opening previously state-owned enterprises to private partnerships. 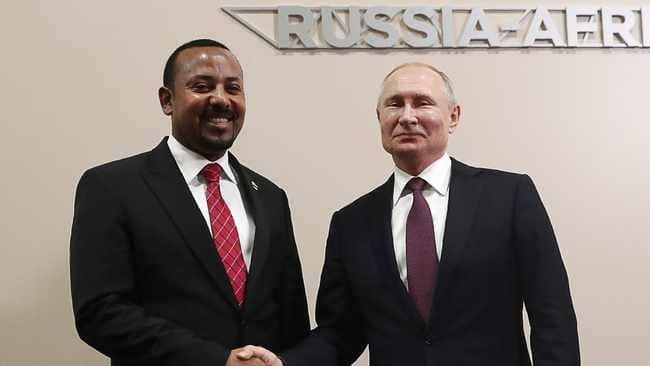 He began replacing corrupt officials at the highest levels, which resulted in a grenade attempt on him on June 23, 2018, which he just avoided. On 9 July 2018, he announced an end to Ethiopia and Eritrea’s 20-year war, reopening the two countries’ borders on 11 September 2018.

He has worked extensively to bring peace to neighboring countries such as Djibouti, Somalia, and Sudan.  He reshuffled the cabinet ministry in October 2018 to include 50% women and decreased the cabinet from 28 to 20 ministers.

In 2019, he formed his party called, the Prosperity Party. Due to the COVID-19 pandemic, Abiy, in collaboration with the National Election Board of Ethiopia (NEBE), decided to postpone scheduled parliamentary elections in June 2020. This move drew criticism, particularly from the opposition, and raised concerns about the legality of the delay.

Abiy Ahmed won the 2019 Nobel Peace Prize for his work in ending the 20-year post-war territorial stalemate between Ethiopia and Eritrea. Most Excellent Order of the Pearl of Africa: Grand Master, Order of the Zayed Medal, High-Rank Peace Award, Order of King Abdulaziz, African of the year, 100 Most Influential People 2018, 100 Global Thinkers of 2019, African Excellence Award for Gender are some of his honors and recognition. 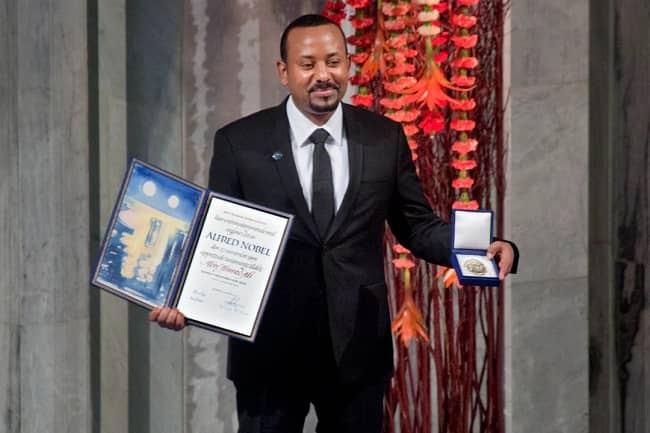 As of now, this politician earned a decent sum amount money in his career. However, Abiy has a net worth of more than $5 million.

He is married to Zinash Tayachew who is an Amhara woman from Gondar, while both were serving in the Ethiopian National Defense Force.

Together, they have three daughters; Deborah, Rakeb, and Amen. A 15-day-old baby named Million was adopted by the couple in August 2018.

This politician stands 5 feet 8 inches tall and weighs around 76kg. Moreover, Abiy has black hair with brown eyes color and there is no other information regarding his other body stats. 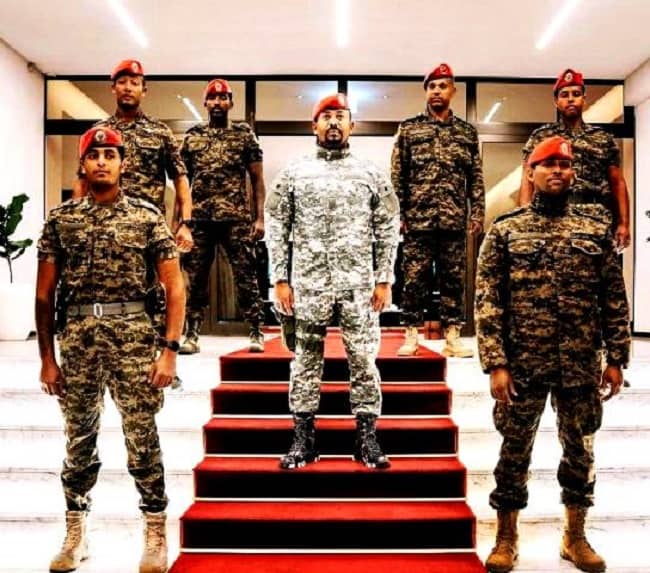