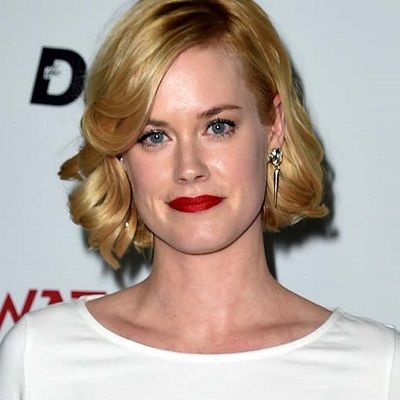 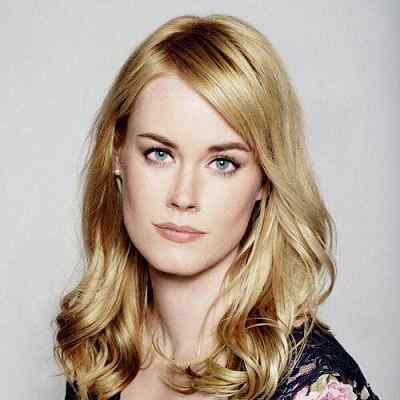 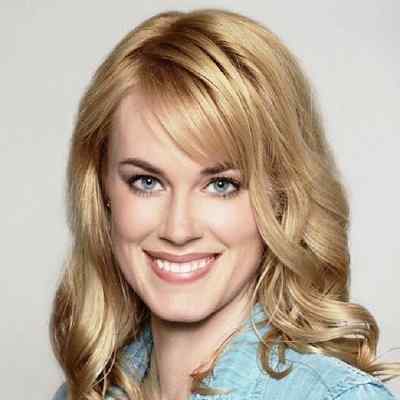 Abigail Hawk is an American film and TV actor. Abigail Hawk is best known for playing “Samantha Bonner” in the 1995 TV series “Reality Check” and “Abigail Baker” in “Blue Bloods”. She is also popular for her role in other movies such as “A Christmas in Vermont” and “Almost Paris”. Likewise, she is also a director.

Likewise, she moved to Sandy Springs with her parents while she was still a kid. And she has a sister as well but her name is unknown.

Other than this, no information about any other family members is not available at the moment.

Even though she is a famous actress, she likes to keep her personal and family life private. And doesn’t talk about them much in front of the limelight. 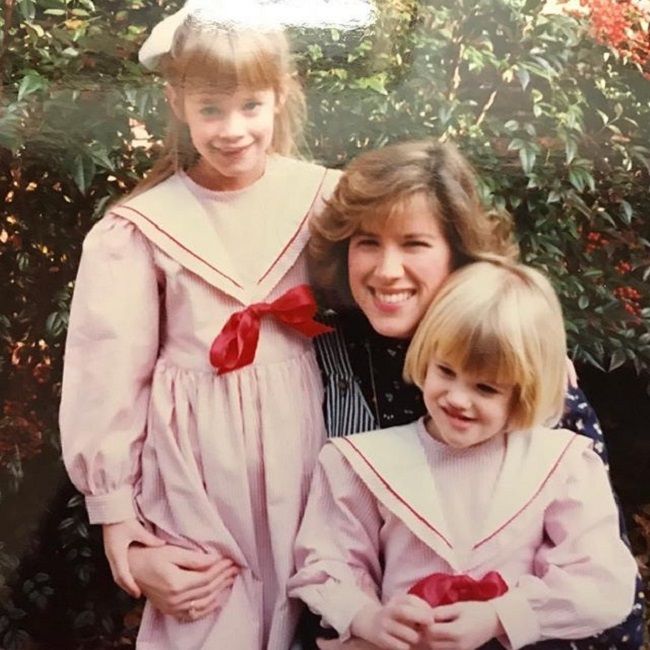 Regarding her educational background and qualification, she enrolled at the “North Springs Charter School of Arts and Science” which is located in Sandy Springs, Georgia.

Also, she has worked as a trainee in the theater department of her school, which helped her spark her interest in acting.

Moreover, although she had already appeared in a TV series by then, she wanted to achieve expertise in the art of acting and enrolled at the “University of Maryland” to pursue a BFA in theater.

Then, she started acting in theatrical plays in her college days as well. Apart from theater, she was also interested in life sciences and studied the subject thoroughly.

She also did a work-study trip, studying lizards in Belize, during her sophomore year in college. Likewise, one of the most popular plays that she participated in during her college years was titled “Suburbia.”.

Also, in the year 2001, while she was still at the university, the “Clarice Smith Performing Arts Center” was opened for theater enthusiasts. And, she made full use of this and immersed herself in performing arts.

Furthermore, following her college graduation, she moved to New York City to pursue a career in acting. However, in the initial few years of her moving to the city, she failed to get acting jobs.

Then, in order to support herself financially, she worked at retail stores. Meanwhile, she continued with theatrical stints to hone her skills as an actor. Likewise, she attended the University of Maryland.

Abigail Hawk was in a romantic relationship with Bryan Spies for a long time. Then, she got engaged to him in the year 2009.

Likewise, the same year, the couple married, and they have two sons. However, their names are not available at the moment.

Moreover, she leads a private life and does not show up in front of the media too often.

Also, she has maintained good relations with her parents and her college mates from the “University of Maryland”. 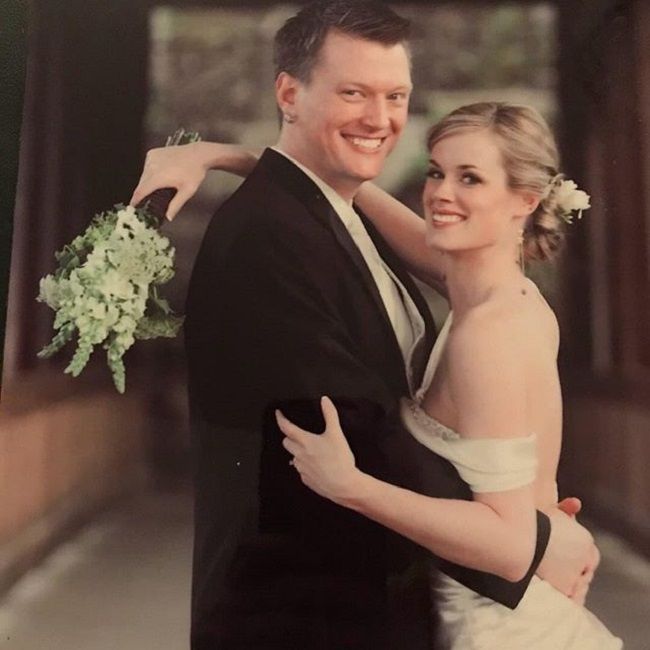 Abigail Hawk has a height of 5 feet 8 inches whereas her weight is 64Kg. Her other body measurements such as chest size, waist size, and hip size are 36-26-36 inches respectively.

Likewise, she has got blonde hair and blue eyes.

Abigail Hawk was interested in acting ever since she was a teenager. Likewise, she began her acting career in the year 1995.

She started her career by playing a small role in the series “Reality Check”. It was a children’s comedy series that was broadcast for 15 minutes per episode, for 14 episodes.

And, she appeared as “Samantha Bonner” in all of those 14 episodes. However, she took a long break from acting, before starring in another on-screen project.

Then, in the year 2007, she made her acting comeback with a small role in the film titled “Across the Universe”. Sadly, she was, however, not credited for her role in this film.

She then appeared in yet another small role. It was in the independent film titled “The Unidentified” in the year 2008.

And, in the year 2010, she earned the first leading role of her career, in the short film titled “The Tragedy of Maria Macabre”.

The film featured her as “Maria Macabre”, a girl stuck in macabre dreams in her afterlife after not being granted salvation after her death.

Moreover, she was also signed to play “Abigail Baker” in the police-procedural drama series “Blue Bloods” in the year 2010.

Unfortunately, her career failed to grow exponentially in the following years. However, “Blue Bloods” remains the project she is best known for.

In the year 2011, she then appeared in a guest role in the crime series “Body of Proof”.  She played the role of “Jenny Avery” in one of its episodes, titled “Talking Heads”.

Even though she had been working for a significant number of years, she was unable to bring her acting career on track by appearing in regular acting projects.

And, in the early 2010s, she only appeared in two more series, “The Jim Gaffigan Show” and “Are We There Yet?”. But, in both the series, she featured in small guest roles.

However, she got her major acting break in the year 2017. It was the time when she starred in “Almost Paris”. And, Martin Scorsese’s daughter Domenica Cameron-Scorsese wrote and directed the film.

It was her directorial debut, and she was playing “Ellie”, one of the lead roles in the film. The film was also a critical success and also won awards and appreciation at many international film festivals.

Moreover, in the year 2016, she starred the lead role in the TV film titled “A Christmas in Vermont”. The film received average ratings and reviews. Then, she appeared in guest roles in series like “Law & Order: Special Victims Unit” and “Noches con Platanito”.

Furthermore, she appeared as “Mia” in the romantic comedy-drama film titled “Rich Boy, Rich Girl” in the year 2018. However, the film was a huge critical and commercial failure.

Then, she played “Det. Melissa Baker” in the police-procedural drama series “Blue Blood” in the year 2019. Then, in the same year, she was playing a voice role in the animated film titled “Bubble Girl”.

Moreover, she also appeared in films like “As Christmas Goes By” and “Brother’s Keeper”. 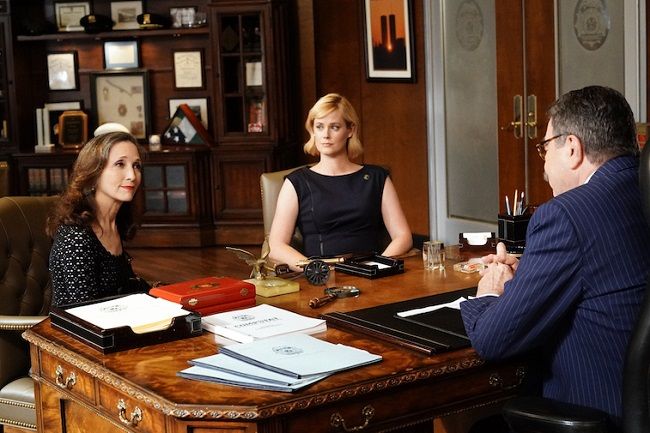 Caption: Abigail Hawk in one of her films (Source: Google)

Abigail Hawk ended up receiving the first major award of her acting career in the film “Almost Paris”. And, she won the “Best Actress Award” at the 2017 “Golden Door Film Festival”.

Moreover, Hawk was a guest of honor at the Spring Gala of “HeartShare Human Services of New York”. And, she received the “Linda Dano Award” in October 2017.

Focusing on her earnings, she has a net worth of $800K respectively. And her main income source is her acting career.