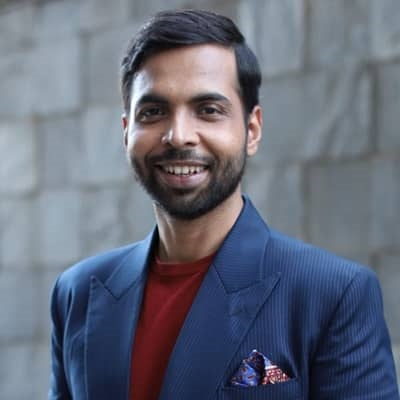 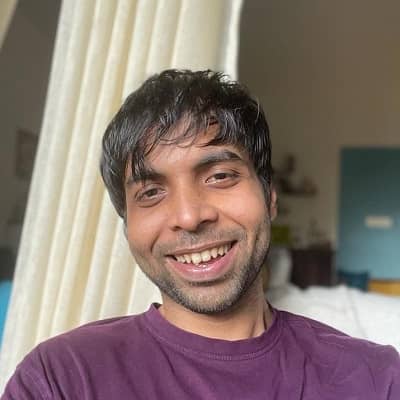 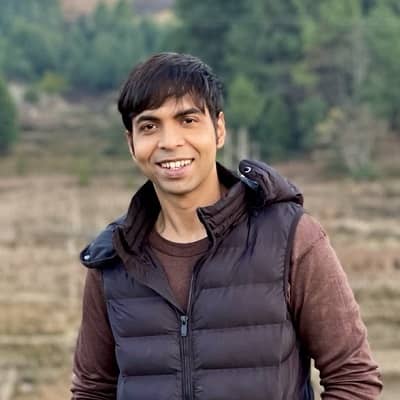 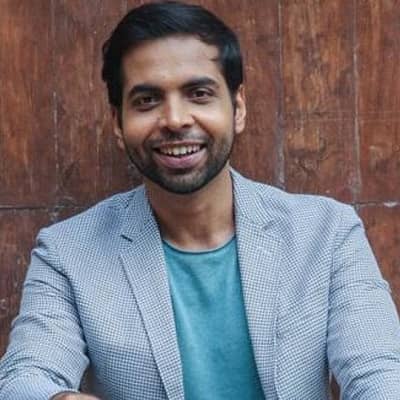 Abhishek Banerjee is a well-known Indian actor and casting director. Abhishek Banerjee gained fame for his role in the films Stree, Ajeeb Daastaans, Ajji, Mirzapur, Dream Girl, and Paatal Lok among numerous others.

Abhishek Banerjee was born on May 5, 1985, and he is currently 37 years old. Abhishek hails from Kharagpur, West Bengal, India, and his zodiac sign is Taurus.

Talking about his educational journey, Abhishek did his schooling at Kendriya Vidyalaya, Andrews Ganj in Delhi. Later on, Abhishek graduated from Kirori Mal College, University of Delhi.

Likewise, while at Kirori Mal College, Abhishek was a member of the college’s dramatic society. Abhishek has not shared any insights into his parents, siblings, and other personal details.

However, surfing through his Instagram, we can connect that his father’s name is Aloke Banerjee (@aloke.banerjee.5815255). 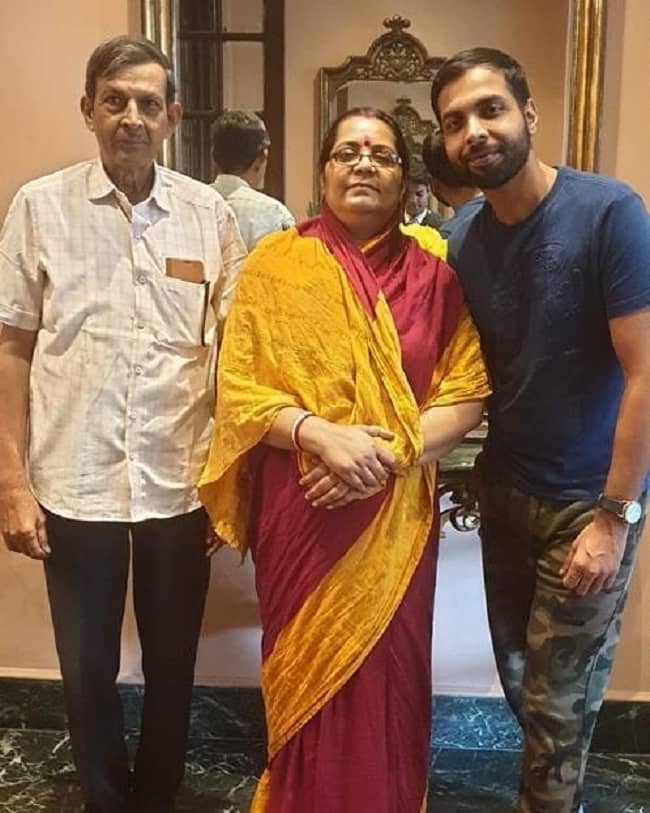 Caption: Abhishek Banerjee posing for a photo with his parents. Source: Instagram

He has earned a hefty sum of money throughout his acting career. Moving on, the actor has a net worth of over 74.77 crores INR as of 2019, which is over $1 million US dollars.

Abhishek Banerjee is married to Tina Noronha. Abhishek and Tina tied the knot in the year 2014. Moreover, the actor’s wife is an architect, model, and interior designer.

Other than this, there is no information regarding where Abhishek met his wife and how they fell in love with each other. 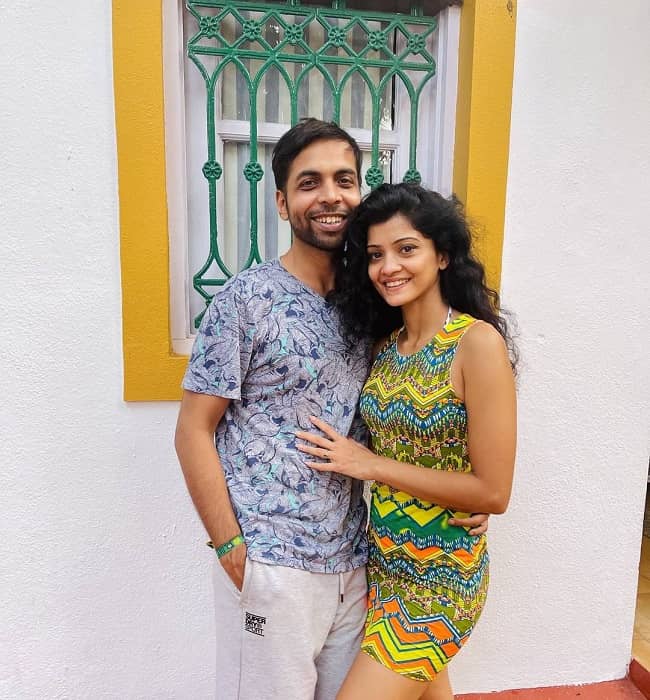 Caption: Abhishek Banerjee posing for a photo with his wife Tina. Source: Instagram

Professionally, Abhishek Banerjee is a well-known actor and casting director in Bollywood. The actor is most recognized for his roles in the film Stree and the web series Patal Lok. The former is a 2018 horror-comedy film.

As an actor, Abhishek started his career with Delhi theatre. The actor worked in dd show school days. Likewise, Abhishek’s 1st film appearance was in Rang De Basanti. In this film, the actor was one of the students auditioning for a documentary role.

In the year 2008, Abhishek moved to Mumbai from Delhi. Subsequently, in 2010, Abhishek worked in Knock Out as a casting director the same year. Further, Abhishek acted in Soul of Sand the same year.

Abhishek worked on these projects in the year 2013. Similarly, Abhishek acted in Bombay Talkies in the same year.

The next year, Abhishek was a casting director for Dear Dad, Do Lafzon Ki Kahani, Rock On 2, and You Are My Sunday.

Talking more about his profession as a casting director, Abhishek has worked on Ok Jaanu, Toilet: Ek Prem Katha, Secret Superstar, and Ajji in the year 2017. In the same year, Abhishek also acted in the projects Phillauri and Ajji. 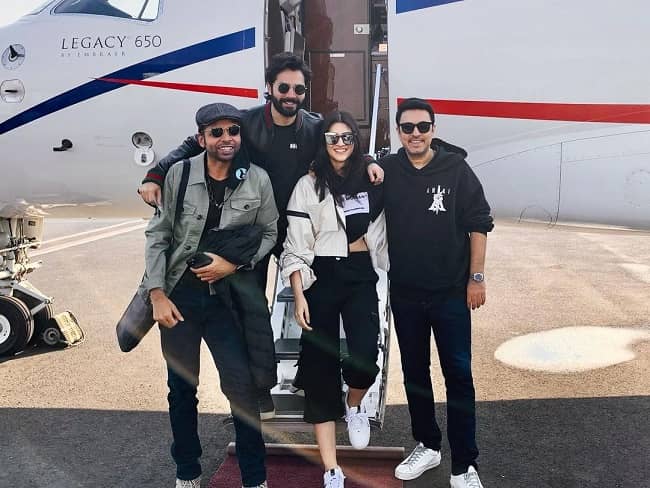 Similarly, Abhishek was a casting director for Brij Mohan Amar Rahe in the year 2018 and worked as an actor in Stree the same year. Likewise, for this film, Abhishek received a nomination for Zee Cine Award for “Best Actor in a Comic Role” in the year 2019.

Moreover, in the year 2019, Abhishek was a casting director for Kalank and worked as an actor for Arjun Patiala, Dream Girl, and Bala.

Abhishek has also worked in web series. Some of them are 2015’s TVF Pitchers, 2018’s Mirzapur, and 2019’s Typewriter. In Typewriter, Abhishek portrayed a key role as Fakeer.

Furthermore, Abhishek and his friend Anmol Ahuja run “Casting Bay”. Here, the duo cast actors in advertisements, films, and web series. The duo established this casting company in the year 2017.

As an actor, Abhishek portrayed the character Jin Liang in Kaali 2 in the year 2020. The actor also played the role of Vishal Tyagi (Hathoda Tyagi) in Patal Lok. This character is the lead antagonist and dreaded serial killer.

Further, Abhishek was the casting director for the aforementioned web series. The actor is also set to appear in the film Bhediya.

Talking about his social media presence, Abhishek Banerjee joined Twitter in May 2016 and so far has over 34.4k followers on his @nowitsabhi account.

Abhishek Banerjee stands tall at an approximate height of 1.78 meters or 5 feet 10 inches and his weight is around 76 kgs or 167 lbs.

Other than this, there is no information regarding Abhishek’s other body measurement details like his chest-waist-hip measures, dress size, shoe size, etc. Moreover, Abhishek has dark brown hair and eyes of the same color.