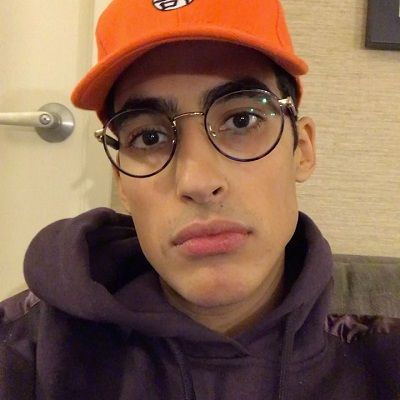 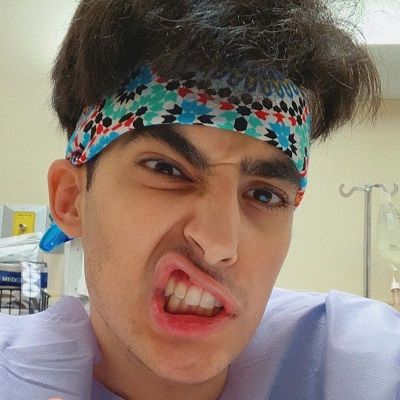 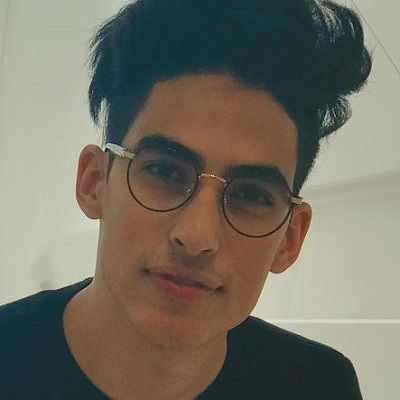 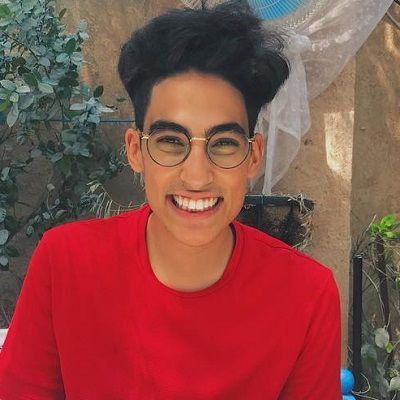 Abdullah Bakr is best known for his YouTube channel ‘TheSaudiReporters’ run by him and his brother, Abdulaziz Bakr. Abdullah Bakr makes comedy web videos that have made their channel earn a huge number of followers.

Abdullah Bakr turns 27 years old in 2022. He was born on February 10, 1994, in Saudi Arabia. His zodiac sign is Aquarius and his nationality is Arabian. He has a twin brother named Abdulaziz Bakr and a sister named Kholoud Bakr. Further, he has not given more information regarding his family and childhood.

Both he and Abdulaziz have graduated in Saudi Arabia but haven’t mentioned the university’s name. However, looking at his photos, the university name’s initials are UBT, which might stand for the University of Business and Technology located in Jeddah, Saudi Arabia. 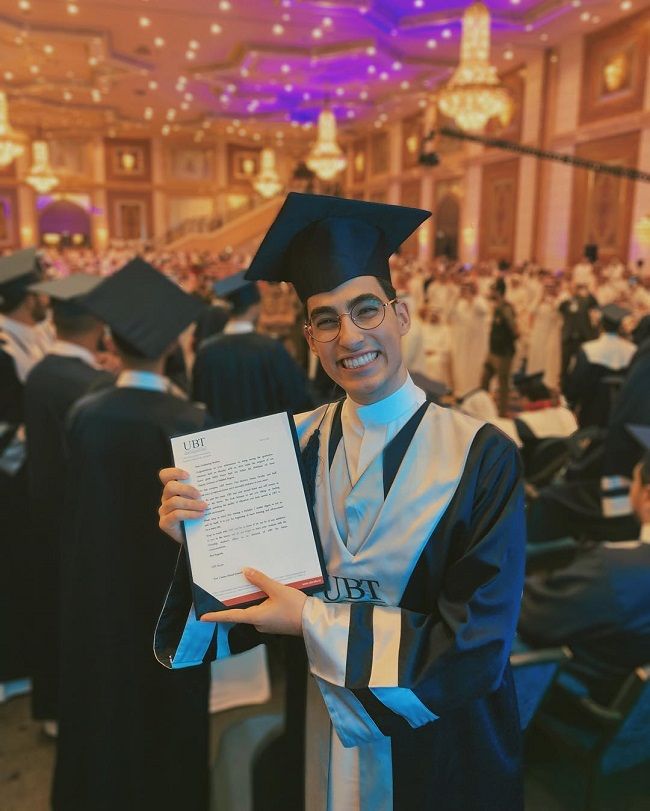 Abdullah is a YouTube comedian and web video sensation making up one-half of the weekly show TheSaudiReporters. He and his brother, Abdulaziz Bakr, have accumulated millions of subscribers with their popular talk-show style series.

Though the channel was created in 2010, the actual beginning of the program was on June 28, 2011. They presented their first episode entitled “Saudi Reporters 9” which traded with a sarcastic mock newscast theme. It was inspired by the famous Lebanese talk show, Ahmar Bel Khat El Arid’. Moreover, he has extended his short joke videos to his Instagram, where he’s racked up over 2.2 million followers.

Furthermore, most of the YouTube videos that are viewed over 4 million are ‘What is in the box? 3 | Piranha in our home’, ‘What is in the box? 4 | Crocodile in our house’, ‘How did we get the ball in the basket ????? | Behind the scenes for the Gahiz song?’, ‘Why what ?? | We walked over the pool’, etc. The videos that earned more than 8 million views are ‘Inboxing We drank clay with a sucker !!’, ‘DIY it-Our heart is the pool snowman !!!’, ‘What is in the envelope ?? | Our Messenger Slime’, ‘Does not come or what ?? | We ate an octopus shawarma’ and many more.

Additionally, the brothers have had the opportunity to participate in the YouTube Festival in 2015 at the Zabeel Park in Dubai, UAE, as well as the Fan Fest Festival held in 2017 in Saudi Arabia in Jeddah. They were seen on YouTube Rewind 2017 which makes them the second Arabic YouTubers to appear after HellaT. They came on the cover of the famous Destination Jeddah magazine in 2015. 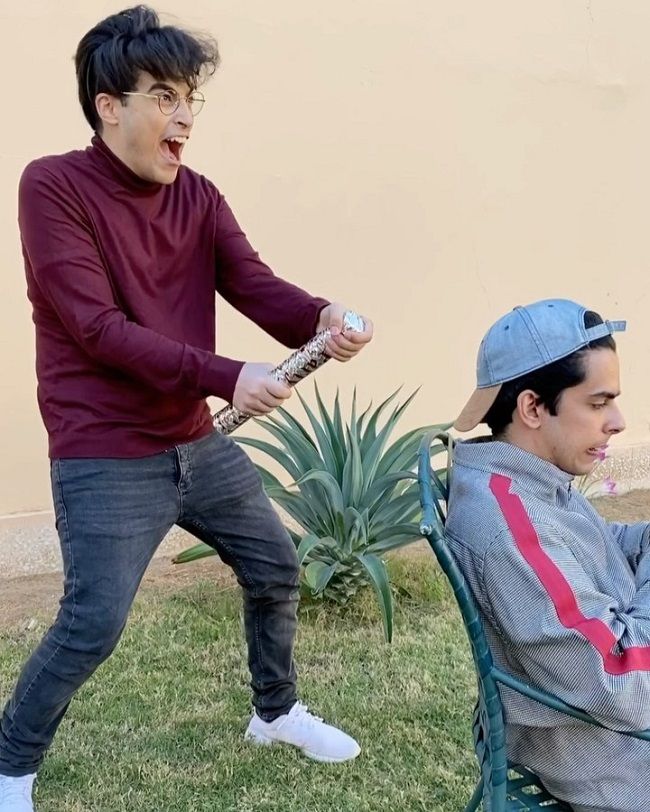 Abdullah is a successful YouTube star who has not shared any information related to his dating history. It seems like he prefers to keep his personal life away from the public. However, he is a handsome and talented guy that any girl would fall for him. Likewise, he has also maintained a very good profile and has not been involved in any sort of controversial act. As of now, he is single.

He has a charming personality. He has not given exact information regarding his body measurements like height, weight, chest-waist-hip, shoe size, dress size, etc. However, he stands tall and has a fit body structure. He has dark brown hair and eyes of the same color. 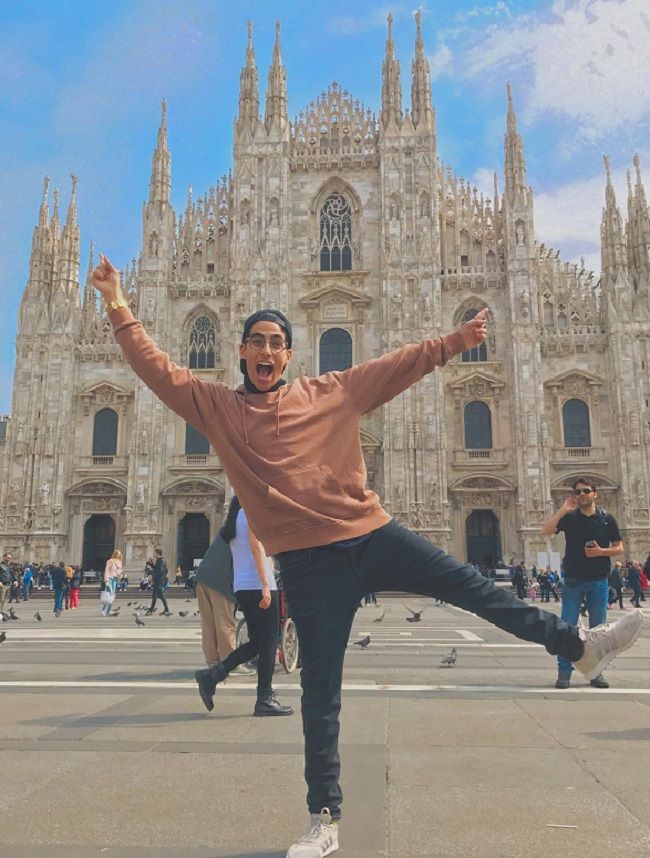 Being a popular social media star, Abdullah is available on different social media platforms. He has earned over 166.4K followers on Twitter. He is quite famous on Instagram with more than 2.5 million followers. His YouTube channel ‘TheSaudiReporters’ has gained more than 6.61 million subscribers. Likewise, He is also available on Facebook under ‘The Saudi Reporters’ having over 81K followers. He is also active on TikTok under the username @boodyzozo with more than 612.4K followers.

A young and talented YouTube personality might earn a pocket full of money. Similarly, He might earn through different brand endorsements, YouTube videos, and other social media activities. Likewise, his income is mostly from being a successful YouTuber. Moreover, some sources estimate his net worth at around $1 million-$5 million.

Further, His collaborated YouTube channel TheSaudiReporters | سعودي ريبورترز with his brother has garnered $ 2.9 million dollars as of June of 2020.