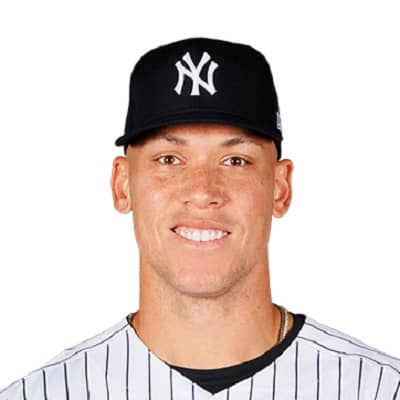 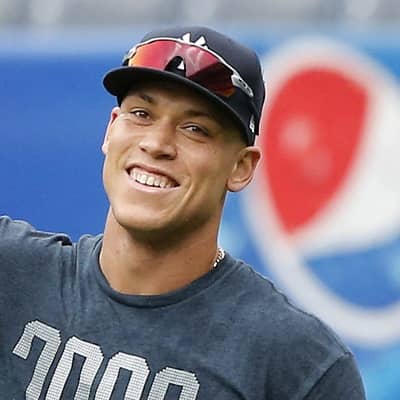 Aaron James Judge best known as Aaron Judge was born on 26th April 1992, in Linden, California, the United States of America. As of now, this baseball player is 3o years old and holds an American nationality. Moreover, he has a zodiac sign of Taurus and belongs to bi-racial ethnicity. In addition, he is a Christian by religion. Aaron was adopted the day after he was born by Patty and Wayne Judge.

Professionality, his parents were teachers. When he was ten years old, his parents told him that he had been adopted. After his parents informed him of his adoption, Aaron was totally fine with it. He has an elder brother named John who was also adopted by his parents. 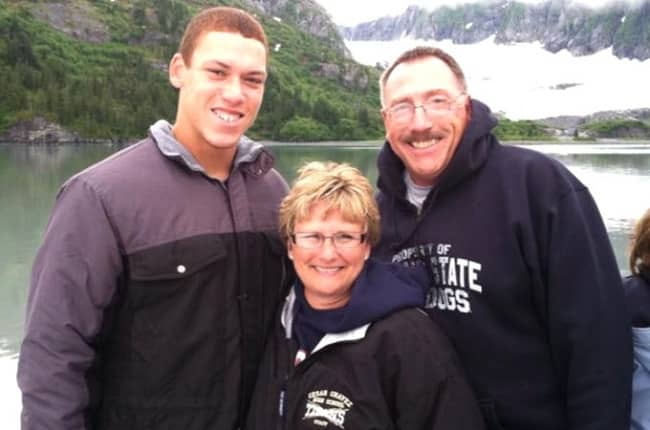 Caption: Aaron Judge with his mother and father (Source: Adoptions With Love)

Talking about his education life, he studied at Linden High School. Later, he enrolled at California State University, Fresno. Aaron set a school record for touchdowns and drew interest from several colleges.

Regarding his professional career, Aaron was drafted 32nd overall in the first round of the 2013 Major League Baseball draft by the New York Yankees for a price of $1.8 million. He tore his quadriceps femoris muscle during a baserunning workout and was unable to play in any games during the 2013 season. He debuted professionally with the Charleston RiverDogs of the Class A South Atlantic League in 2014. The Yankees promoted him to the Tampa Yankees of the Class A-Advanced Florida State League during the season, where he hit.283 with a.411 on-base percentage, .442 on-base percentage in 66 games, hit eight home runs, and drove in 33 runs

He debuted in the Major League Baseball on August 13, 2016, starting in right field against the Tampa Bay Rays. He would start in right field for the New York Yankees on Opening Day against the Tampa Bay Rays. On May 28, he hit his first career grand slam against the Oakland Athletics. Later, on May 22, the Yankees introduced “The Judge’s Chambers,” three rows in section 104, featuring 18 seats, in the right-field seats of Yankee Stadium. On June 10th, he blasted a home run with an exit velocity of 121.1 mph (194.9 km/h), breaking the previous record for the hardest home run measured by Statcast.

He became the first rookie to win the Home Run Derby outright in 2017, defeating Minnesota Twins’ third baseman Miguel Sano 11–10 in the final round. After Brett Gardner hit a walk-off home run on July 27, he lost a part of his front left teeth during a celebration circle.

On March 31, 2018, he got his first major league starts at center field. He became the tallest and heaviest player in baseball history to play the position at 6’7″ and 282 pounds. On July 26, 2018, he was hit on the right wrist by a 93 mph fastball from Kansas City Royals pitcher Jakob Junis and departed the game in the fourth inning.

He returned to the starting lineup against the Boston Red Sox on September 18, 2018, to a standing ovation. In 112 games, he finished with a.278 batting average, 27 home runs, and 67 RBIs. The Yankees won the Oakland A’s in the wild-card game but were eliminated, three games to one, by the Red Sox in the American League Division Series.

While hitting a single in the sixth inning against the Kansas City Royals on April 20, 2019, he suffered a left oblique strain. He didn’t play again until June 21, just after his return. On September 8, he became the first player to hit a home shot over the Green Monster. The 2019 Yankees set a new franchise mark for most home runs in a single season with this home run.

He was plagued by stiffness in his pectoral area during Spring Training. He was later diagnosed with a stress fracture in his ribs and was forced to sit out for at least two weeks. In 2020, throughout 28 games, he hit.257/.336/.554 with nine home runs and 22 RBI.

He was unsuccessful in negotiating a long-term contract with the New York Yankees before the 2022 season. The team offered him $17 million in arbitration and a $213.5 million, seven-year extension, according to general manager Brian Cashman. Aaron will negotiate his contract in arbitration throughout the season due to the 2021–22 lockout.

As of now, this baseball player’s net worth estimates at around $17 million and has not revealed his income and salary.

As of now, he is in a relationship with his girlfriend, Jen Flaum. Firstly, they were spotted together in public at the US Open in September 2017. Their relationship appeared to be strengthening when they were caught out on a date in New York’s Nobu restaurant. 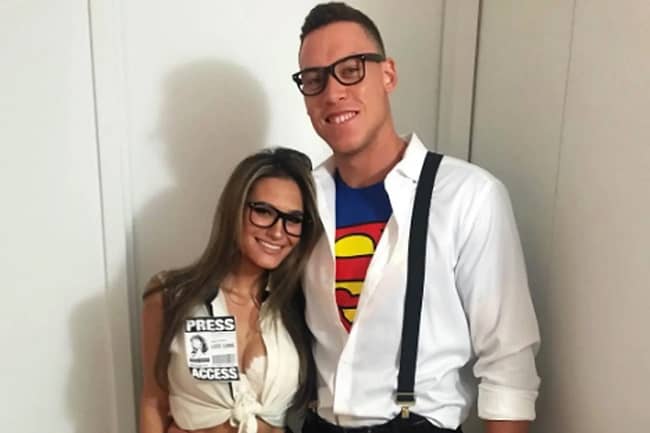 Regarding his controversy and rumors, till this time, he is not a part of them.

This baseball player stands 6 feet 7 inches and weighs around 128 kg. In addition, he has black hair with brown eyes color and there is no other information regarding his dress size, shoe size, and others. 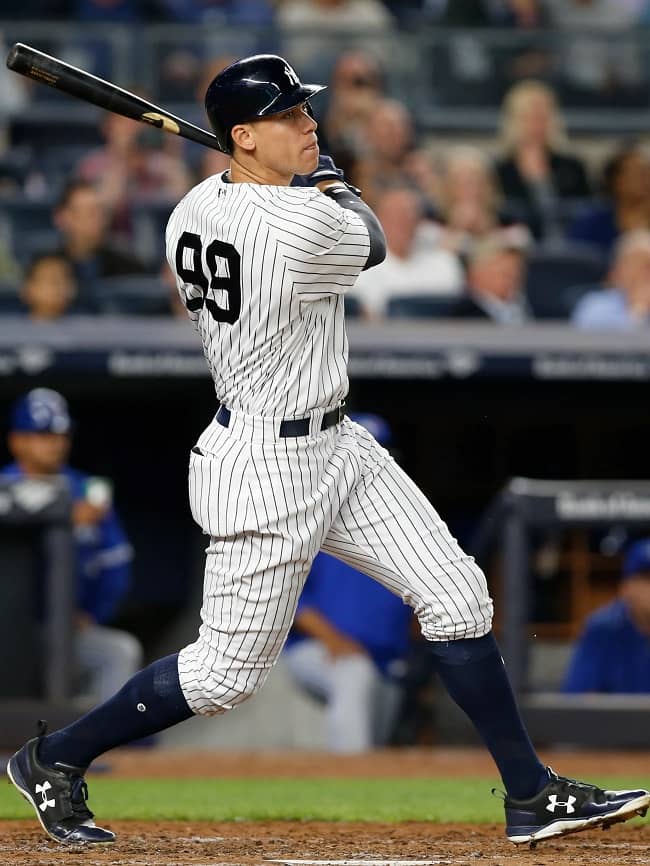