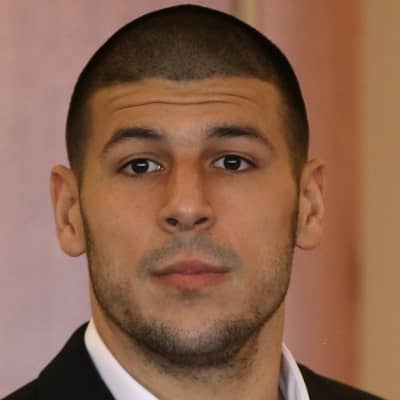 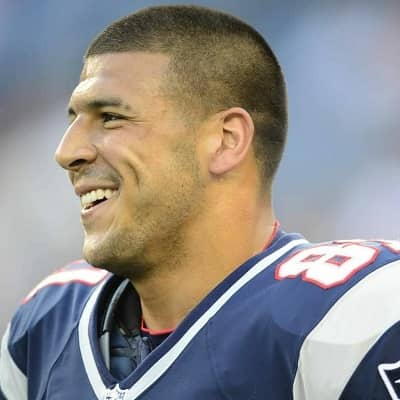 Aaron Hernandez was an American football player who was accused of the murder of his friend Odin Lloyd. Aaron Hernandez committed suicide in central jail.

Aaron Hernandez was born on November 6, 1989, in Bristol, Connecticut. His birth sign is Scorpio. His father’s name is Dennis Hernande and his mother’s name is Terri Valentine-Hernandez. He had an older brother named Dennis, Jr., who is also a professional football player.
He studied at the Bristol Central High School. He won Connecticut’s Gatorade Football Player of the Year award in his last year. He later joined the University of Florida under head coach Urban Meyer. In his first year, he obtained the John Mackey Award.

On April 19, 2017, Aaron was found hanging by his bedsheets in the jail. Though he was taken to UMass Memorial Hospital hospital, he was declared dead on arrival. He left three handwritten notes and drawings on the wall of his cell before committing suicide.

Aaron Hernandez left his college completion to enroll in the 2010 NFL Draft. He was selected by the New England Patriots in the fourth round at his game. He was the youngest player in the NFL during the 2010 season. He made his career touchdowns in their Week 9 loss against the Cleveland Browns. He won the ‘Pepsi NFL Rookie of the Week’ award for catching two touchdown passes from Tom Brady in Week 15, and ended the season with six touchdowns from 14 games.

He shot into fame during the 2011 season. He scored 129 yards on nine encounters with a goal against the Denver Broncos and later led the Patriots to Super Bowl XLVI, losing to the New York Giants. He was involved in 12 of 14 games during the season. But because of a knee injury, he couldn’t play the last two games.

He extended his contract for five years in the following season. Similarly, he missed some weeks because of a high ankle sprain. Later, he recorded 8 receptions for 58 yards, including two touchdowns in the Monday Night Football game. Thi game was against the Houston Texans. 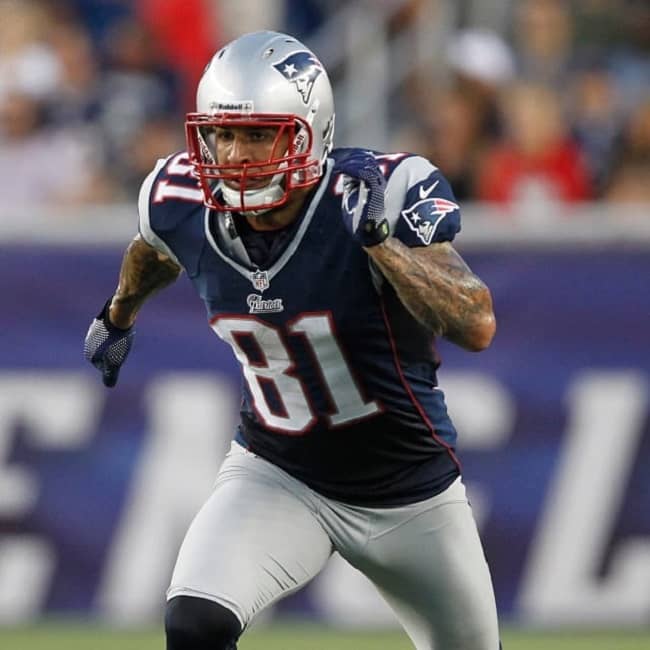 He was involved in a bar fight at a restaurant in Gainesville after denying to pay for drinks he took. He punched the employee of the restaurant resulting in rupturing of his eardrum. But the case was settled without going to court with some agreements.
He again faced legal problems after he was enquired for the double murder of Daniel Jorge Correia de Abreu and Safiro Teixeira Furtado in Boston. He was charged with murders based on a drug dealer’s testimony but was luckily discharged in this case.
In June 2013, he was charged with shooting Alexander S. Bradley. The trial was ended in February 2016, but he was accused of witness bullying charges for the Boston double murders. He was cleared of these charges later during his 2017 trial.
On June 17, 2013, his friend Odin Lloyd was murdered in North Attleborough. The police suspected him and searched his house. Soon after, on June 26, 2013, he was arrested by police in charge of first-degree murder as well as other 5 charges related to guns. Furthermore, he was declared not guilty in the Lloyd murder case on September 6, 2013.
On April 15, 2015, he was determined indicted of first-degree murder, and also five other charges that resulted in a life sentence without the possibility of parole. He was first taken to the maximum-security facility, the Massachusetts Correctional Institution – Cedar Junction, but was later shifted to the next maximum-security prison, the Souza-Baranowski Correctional Center, to serve his sentence. 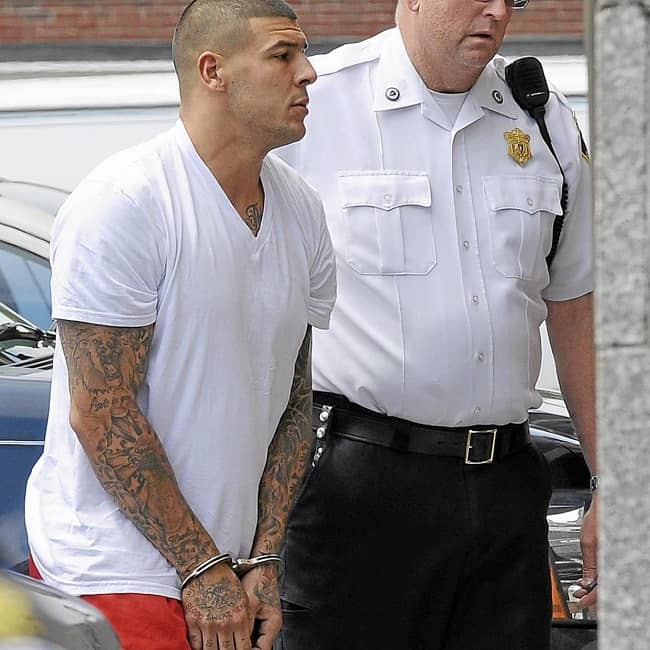 Aaron, being a famous football player had earned a decent amount of money. Though his actual wealth is not out, his net worth was estimated to be $50,000 at the time of his death.

Aaron got married to Shayanna Jenkins in 2007 when he was still in his high school years. After their, marriage, the couple became parents of their daughter Avielle Janelle Jenkins Hernandez in November 2012. 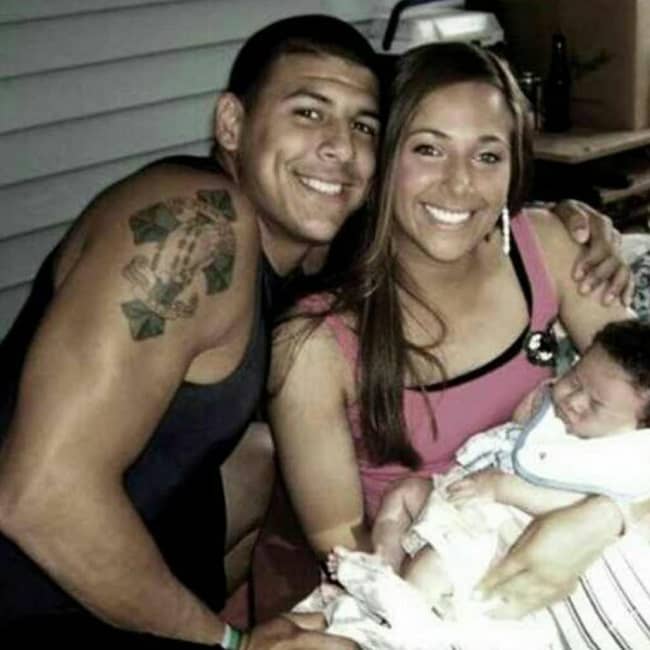 Caption: Aaron with his wife and daughter (Source: Instagram)

Talking about his body measurements, Aaron was 6 feet 2 inches tall and had a body weight of 111kg. Similarly, his hair and eyes were of black color.

When it comes to his social media, his social media handle is no more active. His Instagram account is deleted and his Facebook page with over 100k followers is still there and inactive.