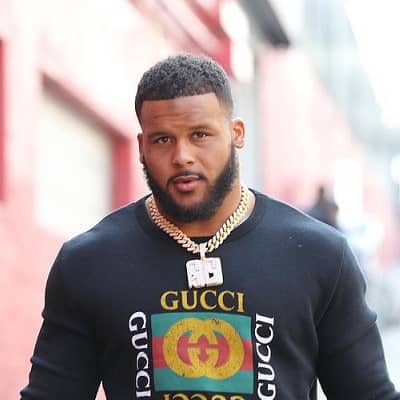 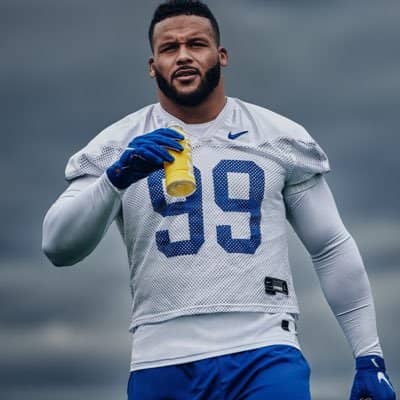 Aaron Donald is a very popular football player. Aaron Donald plays a defensive tackle and he was selected 13th overall in the 2014 NFL Draft by St. Louis Ram. While anchoring the University of Pittsburgh defense, he won the Outland Trophy for the NCAA’s top interior lineman in 2013.

Aaron Donald was born on 23rd May 1991 in Pittsburgh, Pennsylvania, the United States. As of now, he is 30 years old and he was born under the zodiac sign Gemini. Likewise, he follows Christianity and belongs to the American nationality. Whereas, he holds African-American ethnicity.

Talking about his educational background, Donald studied at Penn Hills High School. He played defense for the Penn Hills Indians as a high school student. He was named All-State Class AAAA during his last two seasons in his junior and senior years.

And, he played four seasons to show off his football talent at Pittsburgh college. He scored 115 solo tackles, 66 assists, 29.5 sacks, and 10 passes defended. Moreover, on 27th April 2020, he graduated from the University of Pittsburgh with a degree in communications.

On 7 September 2014, Aaron Donald made his NFL debut against the Minnesota Vikings. The game ended with a loss but Donald made 4 tackles. Later, he was named the NFL All-Rookie of the Year over other big players like Khalil Mack, and CJ Mosley. 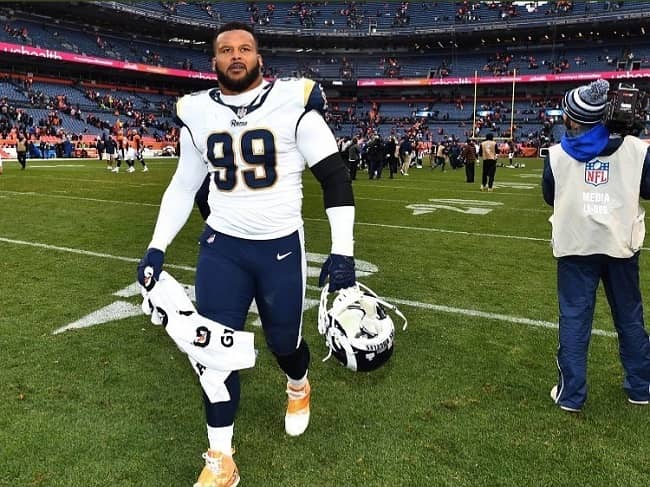 In the year 2018, he signed a 6-year contract which made him the highest-paid defensive player in the NFL. Also, he got his second NFL Defensive Player of the Year title and he assisted his team in the 2018 Super Bowl Championship. Moreover, in 2018, he made his first Superbowl appearance but his side lost to the New England Patriots. Further, in 2019, the footballer made it into the AP All-Pro First Team and was named the NFL Defensive Player of the Year.

In the 2019 season, the athlete recorded his first sack of the season on Baker Mayfield in the 20-13 road victory. Likewise, in the 2020 season, he recorded two sacks on Josh Allen, one of which was a strip-sack that he later recovered during the 35-32 road loss. Later in the 2021 season, he had 3 sacks, 5 tackles, 3 for loss, and a pass deflection in a 30-23 road victory over the Arizona Cardinals, earning NFC Defensive Player of the Week.

Donald is regarded as one of the greatest defensive players of all the time who has received a record three Defensive Player of the Year Awards, and Pro Bowl selections in all eight of his seasons. Also, he won the Outland Trophy a year after Texas A&M offensive tackle Luke Joeckel.

Talking about the net worth and earnings, Donald has been earning an impressive amount of money all over his professional career. Likewise, Aaron Donald has a net worth of around $60 million US dollars. 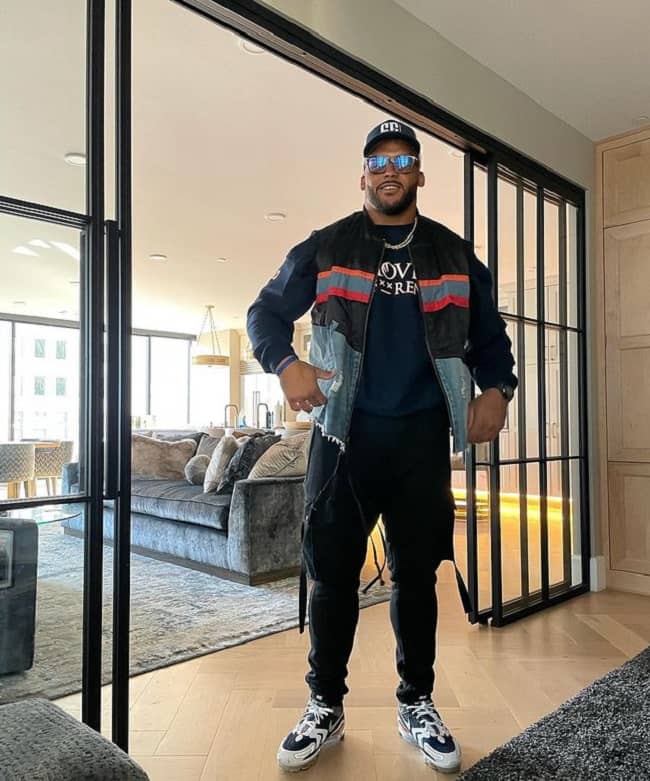 Talking about the romantic and private life of Aaron Donald, currently, he is engaged to Erica Sherman. Previously, Aaron Donald was in a relationship with his longtime girlfriend, Jaelynn Blakey. They had two kids, Jaeda Donald and Archie Jr. Donald. Sadly, the duo separated in 2019. 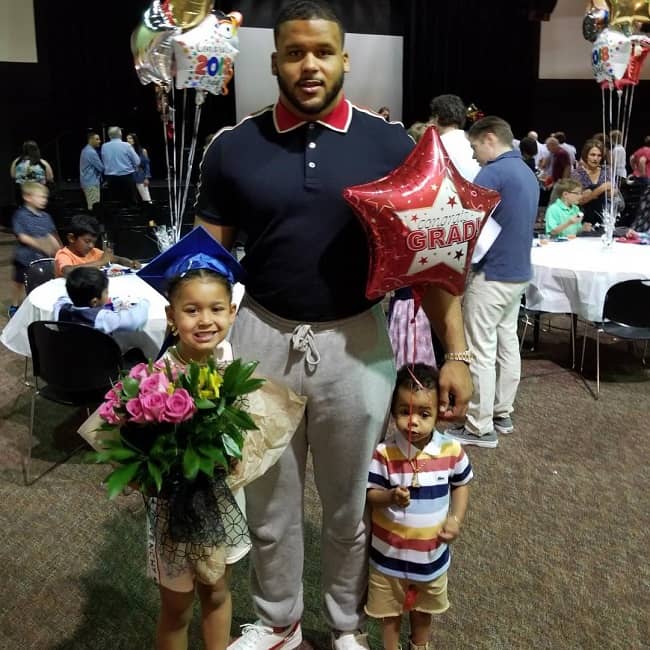 Regarding his physical statistics, Aaron Donald has a height of 6 feet 1 inches and weighs around 127 kg. Likewise, the color of his hair is black and his eyes are black.