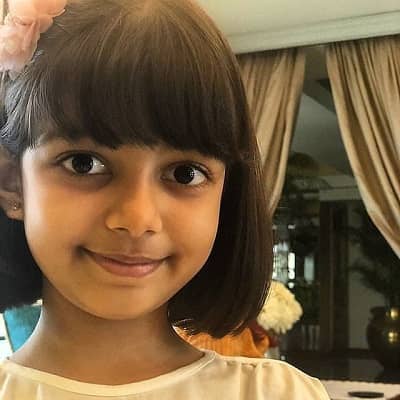 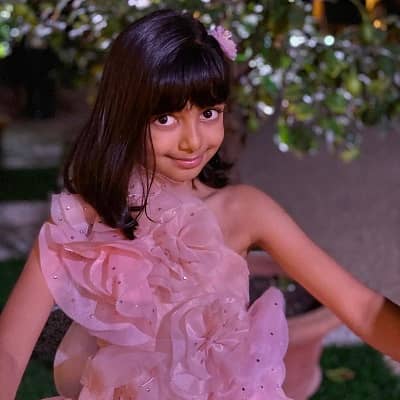 The celebrity kid was born on Wednesday, 16th November 2011, in Mumbai, Maharashtra, India. As of now, Aaradhya’s age must be nine years old and her zodiac sign is Scorpio. Likewise, Aaradhya holds an Indian nationality and follows the Hindu religion. Also, Aadradhya’s Caste is Kayastha. She is the first daughter of the Bachchan family and was born to her father, Abhishek Bachchan, and mother, Aishwarya Rai. Moreover, the name of her grandfather is Amitabh Bachhan who is a legendary famous Indian actor and Jaya Bachchan is her grandmother’s name who is also an amazing actress.

At first, her great grandfather’s name is Harivansh Rai Bachchan and he was a popular Indian poet and writer. Therefore, Aaradhya comes from a legendary family where everyone is involved in Bollywood. Faraday is loved and adored by all of her family members as she is the youngest member of her family as of now. The names of her cousins are Agastya Nanda and Navya Naveli Nanda. Considering her age, Aaradhya is attending Dhirubhai Ambani International School in Mumbai which is one of the top schools in India. Also, Aaradhya has also joined the Kookaburra Learning Center. 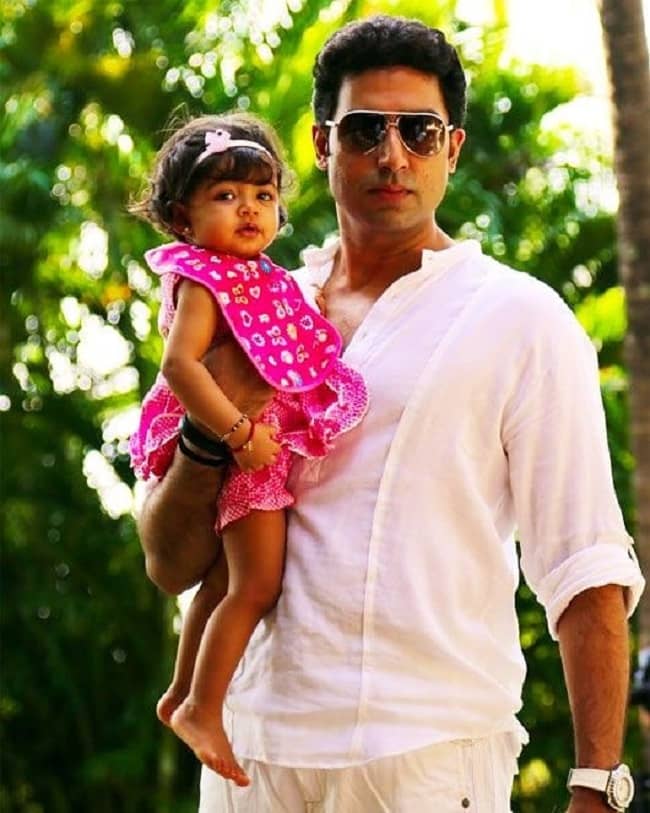 Caption: Aaradhya Bachchan with her father when she was a kid (Source: Instagram)

Being a part of the legendary family where everyone has their own and popular identity as actors, there is a high possibility for Aaradhya Bachchan to get into the same field. It will be easy for Aaradhya to come into the acting field as well. However, the celebrity kid as of now is busy completing her studies. So, Aaradhya Bachchan’s profession as of 2021 is just a student. Every member of Aaradhya’s family has already become successful and there is no doubt that Aaradhya will also be successful.

Aaradhya has taken out some of her time to attend several award functions and events together with her family. In fact, she loves dressing in matching dresses with her mother while going to any public events. Moreover, her mother, Aishwarya Rai Bachchan has been teaching her various activities like religious songs, mantras, dance, and many more during the lockdown due to COVID-19. 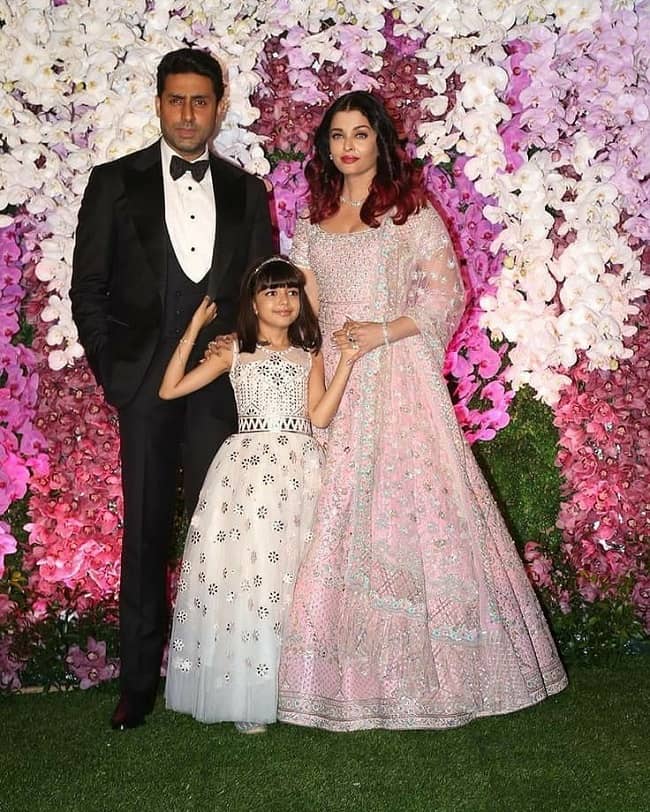 On 11th July 20, Saturday, Aaradhya Bachchan’s grandfather announced the news that made everyone shocked. In his Twitter accounts, he wrote that he and his son, Abhishek Bachchan was tested positive from the COVID-19. It created a big fuss and their fans were praying for their safety. Then, Aaradhya’s grandfather was taken to the Nanavati Hospital immediately after that. All their family members and their employees were taking the test of COVID-19.

On the following day, another news came out that Aaradhya and her mother, Aishwarya Bachchan were also tested positive. But Aaradhya’s grandmother, Jaya Bachchan was the only one who was tested negative. After that, Bachchan Sahib’s bungalow Jalsa was all sanitized properly with their other bungalows. Then, Aaradhya and her mother were kept in the home quarantine. Luckily, the whole Bachchan family got recovered from the COVID-19 within July 2020.

Since Aaradhya is busy studying only so she does not has any net worth as of 2021. Currently, Aaradhya is fulfilling her needs and everything from her parent’s wealth but in the future, she will be another successful Indian personality and will have a stunning amount of net worth. On the other hand, her mother, Aishwarya Rai has a stunning net worth of $100 million. Similarly, her father, Abhishek Bachchan has another whopping net worth of $30 million. They both have been earning their fortune from their profession as actors in Bollywood. Aaradhya’s parents have made Aaradhya’s life easier and happier.

Aaradhya Bachchan is very young to be in any committed relationship with any guy. As of now, Aaradhya is busy with her studies and learning more new things. She is very close to her family and she loves spending most of her time together with her family. Aaradhya is a very sweet and kind girl so it would not be a hard thing for her to find a capable guy in the future. As of now, the celebrity kid is single and is not dating anyone. Likewise, the little celebrity kid is not involved in any kind of controversial matters as well. 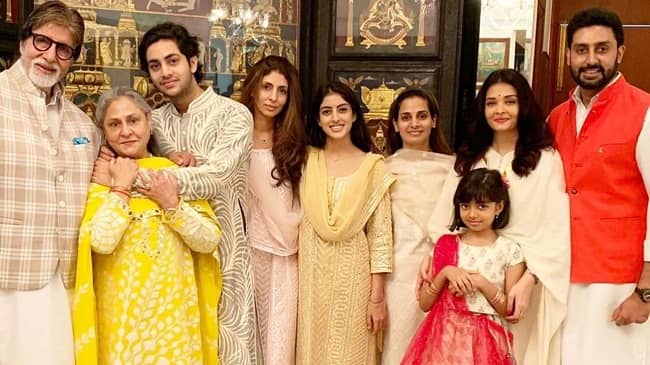 Talking about the celebrity kid’s physical appearance, Aadradhya has an average height of 4 feet 1.21 m or else 121 cm. She also has a bodyweight of around 83.77 lbs or 38 kg. As of now, Aaradhya is in her growing stage and is doing well regarding her health. Being a member of the celebrity family, Aaradhya is obviously treated very well and must have a very good and healthy diet just like her mother has. Moreover, the little celebrity kid looks very sweet and lovely. She has a pair of black eyes with black small hair. Aaradhya loves wearing stylish and pretty dresses like frocks. Also, she has a medium complexion with adorable and good behavior.

Coming to the social media part, Aaradhya Bachchan seems to be not active on there as of 2021. However, there are various fan pages for her which are made by her and her parents’ fans. Since the celebrity kid is very young to handle any social media accounts by herself so she does not have any official accounts as of now. All the credit for Aaradhya Bachchan’s popularity goes to her parents and her grandparents as they are the ones to make her popular even before getting birth in this world. However, her whole family is highly active on social media platforms.

Aside from the celebrity life. Aaradhya is just a normal kid of India. Aaradhya loves spending her free time together with her school friends playing and painting.  She loves cycling, playing various games, and watching TV. The little princess loves watching Cinderella and her favorite actor is Shah Rukh Khan. Similarly, Aaradhya loves white and pink colors. Aadradhya’s favorite destination is Dubai and wants to often visit there with her parents. Also, the celebrity kid loves eating chocolates and sweet dishes. Aaradhya is also a cat lover. She loves wearing funky goggles and hair bands as well.