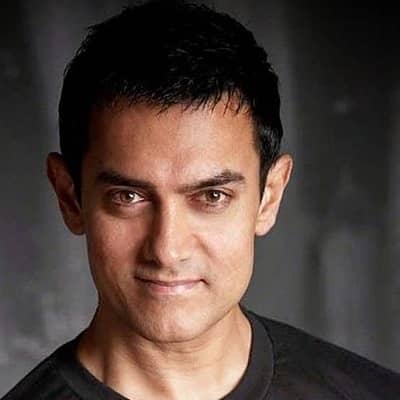 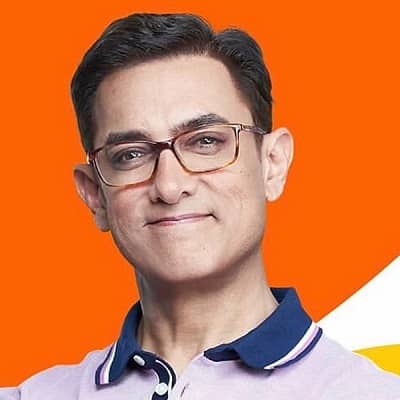 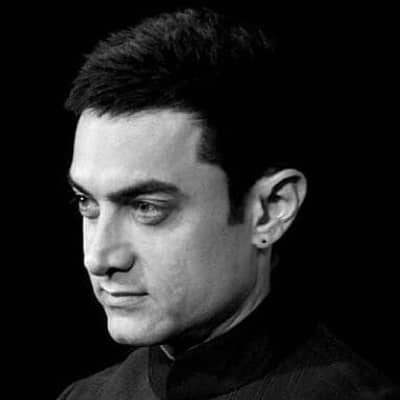 Aamir Khan is one of the most popular celebrities in India who has fans all around the world. He is an actor by profession. Similarly, Aamir Khan has worked in super hit movies like ‘3 Idiots’, ‘Dil’, ‘Raja Hindustani’, and many more.

Aamir Khan was born on March 14, 1965, in Bombay, India. Currently, he is 57 years old in the present. Similarly, his full name is Mohammed Aamir Hussain Khan. He is the son of Tahir Hussain Khan(Father) and Zeenat Hussain(Mother). He was born in a family of six including his parents and his siblings. Aamir Khan has four siblings out of whom, he is the eldest. Likewise, he has a brother and two sisters. The name of his brother is Faisal Khan.

The names of his sisters are Farhat Khan and Nikhat Khan. Talking more about his family background, his father was also involved in the Indian film industry. He was a director, producer, and screenwriter. Other than this, a few of his relatives are also working in Bollywood. According to what Khan mentioned in his interviews, he grew up in a middle-class family and even suffered a financial crisis. 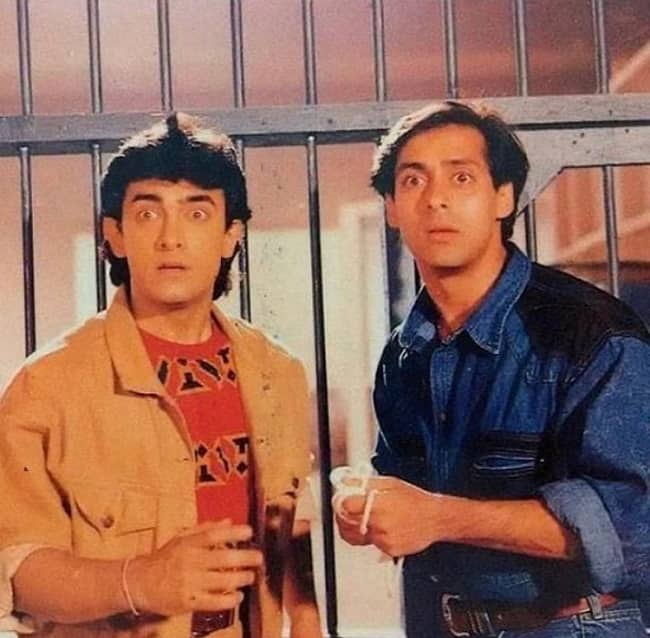 Caption: A photo of Aamir and Salman Khan when they were still in their 20’s. Source: Instagram

Although Aamir Khan was never really into studies, his father on the other hand wished his son studied well. Nonetheless, he did complete his higher studies. In the beginning, he studied at J.B Petit School for his basic education. Later, he attended St. Anne’s High School which was located in Bandra. There he studied till eighth grade and later changed his school.

Similarly, to complete his ninth and tenth grade, he went to a private school called Bombay Scottish School. Aamir completed his high school studies at Narsee Monjee College. He was more interested in sports than in studies. He was the tennis state-level champion during his senior year of high school.

He acted in two different movies as a child actor. However, back then he had no intention of making a career in the film industry. Before Aamir officially debuted as an actor in Bollywood, he along with his friends made a silent- film at the age of 16. The entire movie was directed by his school friend, and he played the lead role alongside Neena Gupta and Victor Banerjee. It was then, he actually got intrigued by the film industry. He worked backstage for around a year at the theaters. Likewise, he also acted in a few plays himself.

Debut and the official start of his acting career

Aamir Khan debuted in the film industry with the 1984 Indian drama film ‘Holi’. Although his first movie didn’t perform quite well in the cinemas, he learned a great deal about acting and the industry itself. His second movie A romantic movie titled ‘Qayamat Se Qayamat Tak(1988)’. The film performed marvelously which helped Aamir climb the ladder of stardom. The film helped him win many awards and get recognition in the industry. Likewise, in the year, 1990, he was involved in five projects in total. Among all the films he was a part of, the one title ‘Dil’ was particularly successful. The romantic drama starring Madhuri Dixit as his co-star was a blockbuster and performed exceptionally well in the cinemas.

Although Aamir didn’t always give hit movies, the majority of his films were loved by the audience and did well commercially as well. Along the decade, he acted in many super hit movies like ‘Dil Hai Ke Manta Nahin(1991), ‘Rangeela(1995)’, ‘Andaz Apna Apna(1994)’, ‘Raja Hindustani(1996)’, and many more. He never failed to prove his competence through his work. His versatility was clearly visible through the diverse roles he portrayed in his movies. Aamir always carried his characters gracefully be it a cab driver from a small town or a hopeless romantic, he made sure to bring his character to life and add that needed charm in the movie. 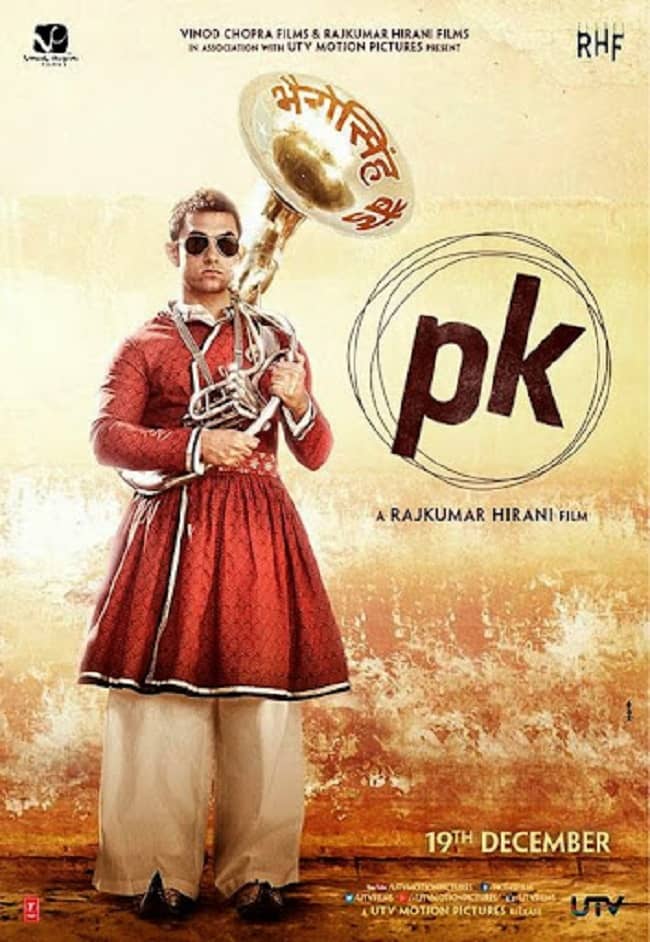 Caption: A poster of his movie ‘PK’. Source: Bollymoviereviewz

More about his work

Aamir Khan’s popularity was rising with the success of his movies. Adding to his list of successes was another one of his movies ‘Lagan(2001)’. That movie was loved by people from all around the world. The movie even got nominated for Oscars. Not only was he great at playing the role of a protagonist, but he also played the role of an antagonist with the same spirit.

The 56-years-old Indian actor has won many prestigious awards throughout his career in the Indian film industry. Through his remarkable performances in numerous movies, he had received several nominations and awards. Among the countless award nominations, one of his movies was also nominated for the 74th Academy Awards under the category ‘Best Foreign Language Film’. Moreover, a few of the awards won by Aamir Khan are listed below:

Aamir Khan is one of the highest-paid male actors in Bollywood. According to different online sources, to date, Aamir Khan has a total net worth of about $180 million. The major source of the actor’s income is through the various acting projects. Having said all that, it is not yet sure how much the actor actually charges per movie.

Other than acting, a certain portion of his income also comes from the guest appearances he makes on different programs and events. Moreover, the details of Aamir Khan’s properties are not available right now.

The Indian superstar has found love twice. Aamir married Reena Dutta back in the year 1986. Reena also had a small part in one of Aamir’s hit movies ‘Qayamat Se Qayamat Tak’. The couple had two beautiful children together whose names are Junaid and Ira. After being together for almost 16 years the couple decided to go their separate ways. He filed for a divorce in the year 2002. About the custody of their children, his ex-wife took custody of both of them.

Later in December of 2005, Aamir and one of his assistant directors for Lagaan Kiran Rao tied knots of marriage. Kiran is a Hindu and has influenced Aamir in many ways. Their baby boy was born in the year 2011 through surrogacy. The name of their son is Azad Rao Khan. Sadly, they recently got divorced in July of 2021. They have decided to raise their son through joint custody. 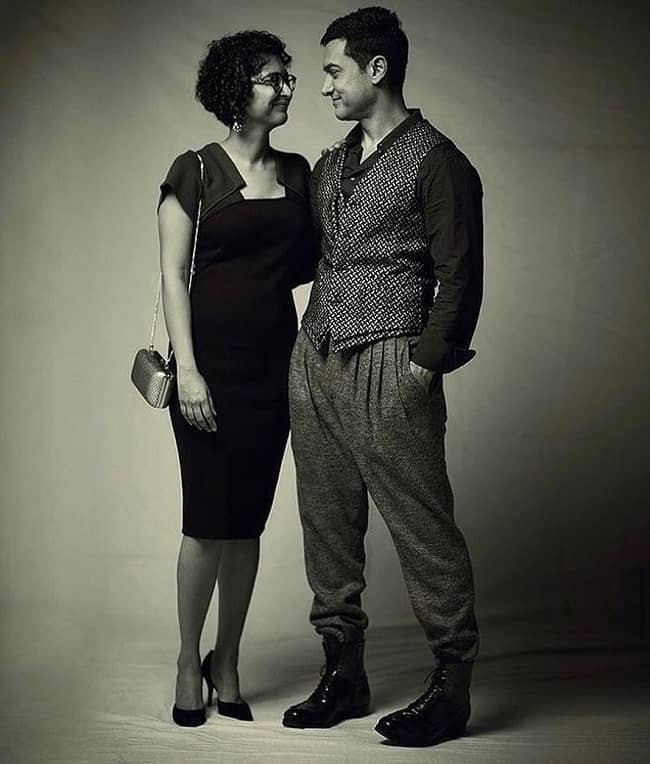 Caption: A photo of Aamir and his ex-wife Kiran Rao. Source: Instagram

Aamir Khan stands at a height of 5 feet and 6 inches. Likewise, the 56-years-old actor has naturally black hair and brown eyes. The actor doesn’t have any tattoos on his body as he practices Islam. Any further body measurement of Aamir is not obtainable for the moment. Overall, he has a fit body and seems to exercises on a regular basis.